Rocky Mountain Gun Owners sued the state over the 2013 law, saying it violates the constitution. 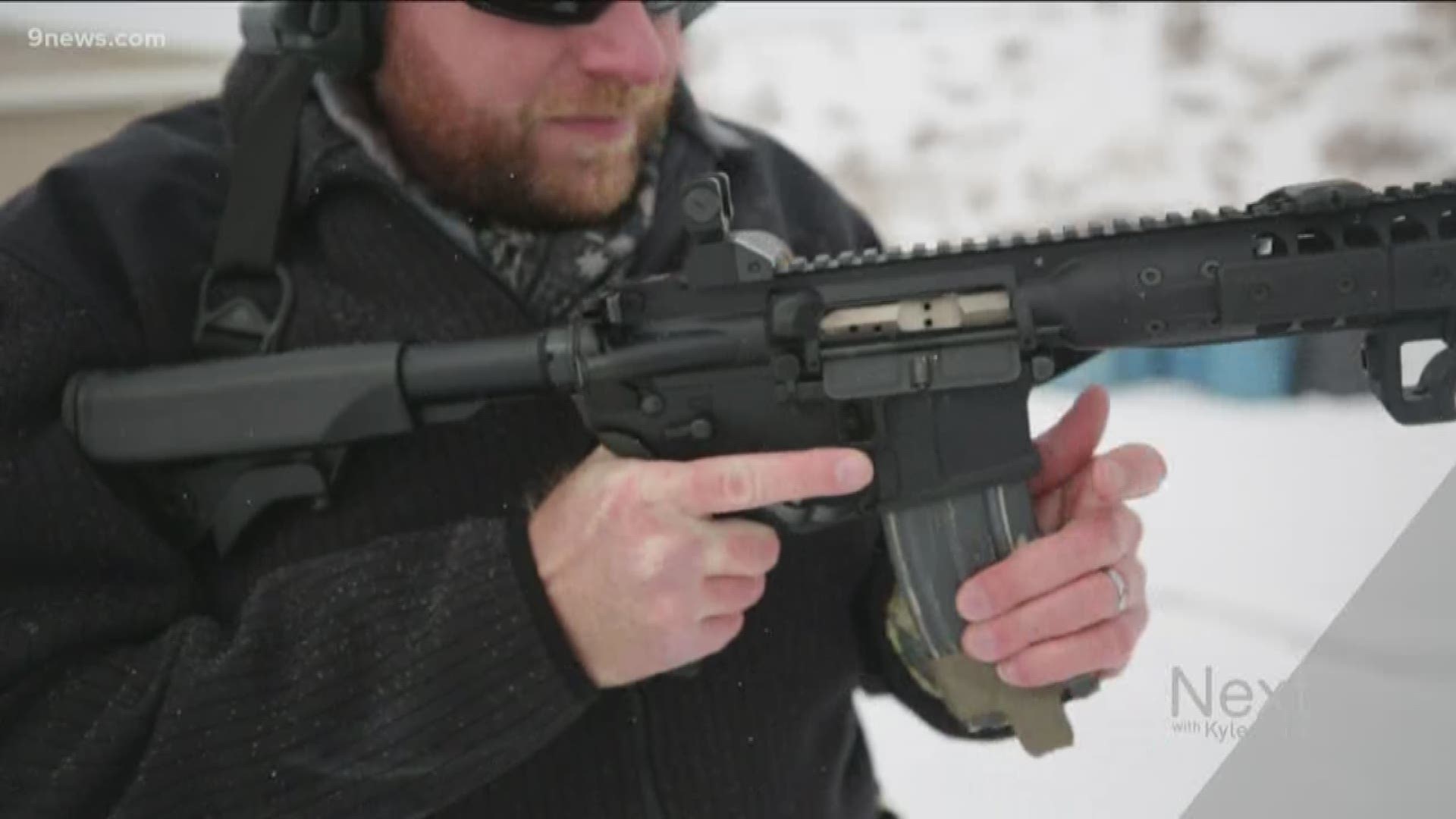 The Colorado Supreme Court on Wednesday heard arguments on the constitutional challenge of the state's six-year-old ban on gun magazines that hold more than 15 rounds of ammunition.

RELATED: How large-capacity gun magazines are still being sold in Colorado

Rocky Mountain Gun Owners sued the state over the 2013 law, saying it violates the constitution.

During the hearing on Wednesday, the Attorney General's Office referred to the parts kits that 9Wants to Know discovered being sold in an undercover investigation.

The parts kits are gun magazines disassembled and sold together, but in pieces.

"A reasonable inference of what the legislature was trying to do was target people who sold, in two bags, what would be illegal to sell together," said Solicitor General Eric Olson during the State Supreme Court hearing.

Part of the hearing focused on what the state legislature meant when it defined a large-capacity magazine as "designed to be readily converted to accept more than 15 rounds of ammunition."

"If you walk into a gun store and see two bags, saying buy this one and this one and put them together yourself, and that's what they tell you, that clearly violates the law," Olson said. "To limit the ability of people to obtain these large-capacity magazines, the 'design to be readily converted,' targets the sellers to make sure sellers don't skirt the rule by selling two kits."

The purpose of the hearing was not to determine if parts kits were legal, it was to decide if the state legislature was legal in passing the law in the first place in 2013.

House Bill 1224 created a definition for what constitutes a large-capacity magazine.

"Large-capacity magazines is actually a political term more than a term of actuality. A lot of these magazines that are banned are the standard capacity that come with these weapons," Arrington said.

Colorado Supreme Court Justice Carlos Samour asked about the need for large-capacity magazines outside of the military.

WATCH BELOW: Gun shops explain how they get away with selling large-capacity magazines 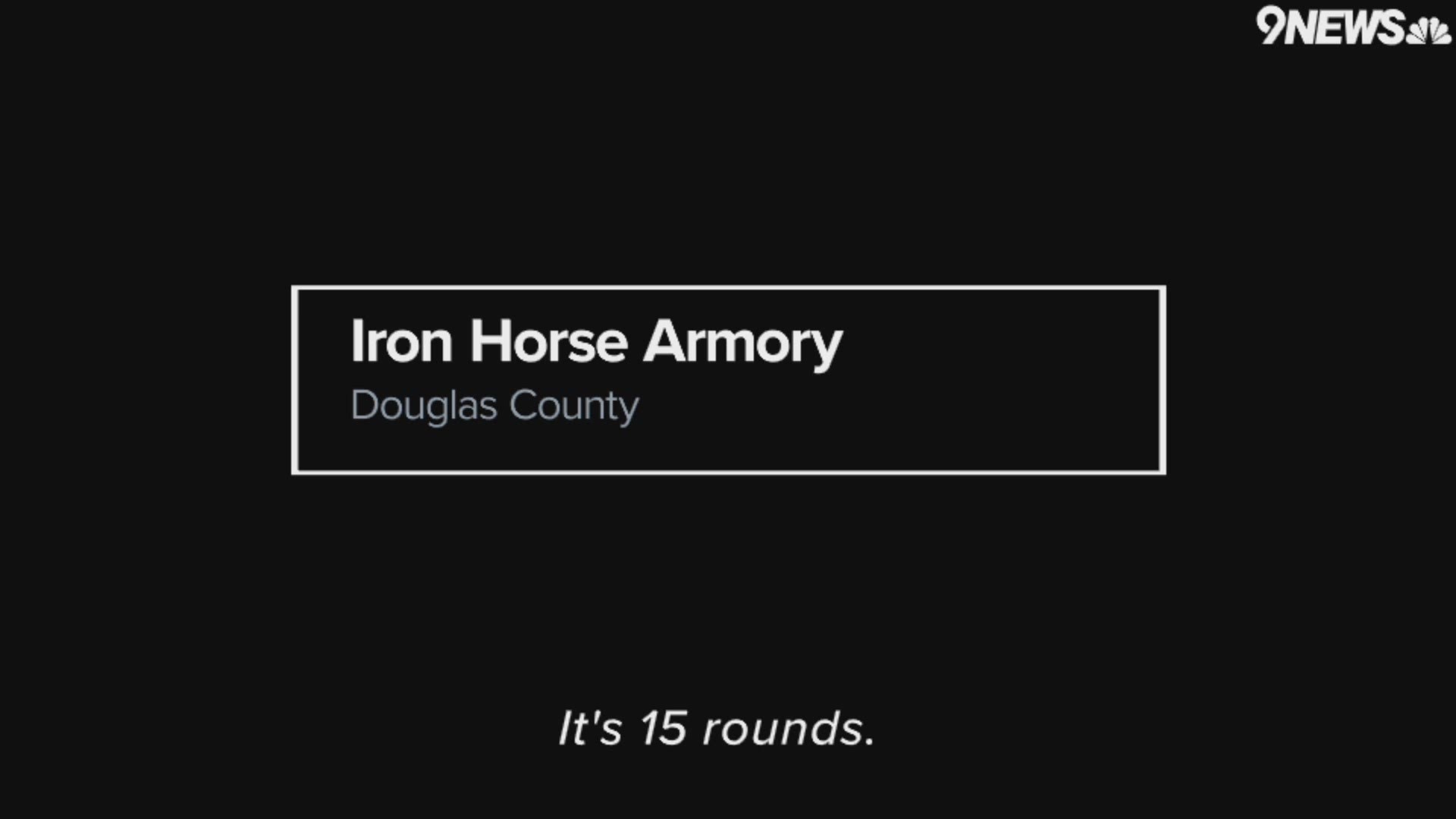 Justice Richard L. Gabriel asked about the idea of the legislature limiting how many bullets are allowed before someone is forced to reload.

"The odds of you hurting more people is significantly higher than if you had to stop and reload. What's crazy about that?" Gabriel asked.

"The evidence at trial was that two had been abused. Two magazines. Not two million. Two magazines had been abused in the state of Colorado. So, it's literally the fact that the government is saying if it's a one-in-a-million chance that one of these firearm components can be abused by a homicidal maniac, we get to ban them all." Arrington said.

"A person defending his home should not be deprived of those advantages when the person attacking him has those advantages," Arrington said. "Reserve capacity is essential in a self-defense situation. Even law enforcement, statistics show, only hit 30% of the time. Citizens are going to hit less than that."

During the state's argument, Olson brought up a statistic that was mentioned during the trial court.

"There's not a single instance of anyone in Colorado actually firing more than 15 rounds to defend themselves, while on the other side of the ledger, we know there are at least two horrific tragedies that occurred in this state using large-capacity magazines," Olson said. "The legislature was trying to remove peoples' access to these weapons."

The Colorado Supreme Court heard arguments for 30 minutes by each side. The court might not make a decision until next year.