Now that even the youngest millennials are 23, it's not accurate to group all young people with this generation. Here's what we learned about Colorado's millennials. 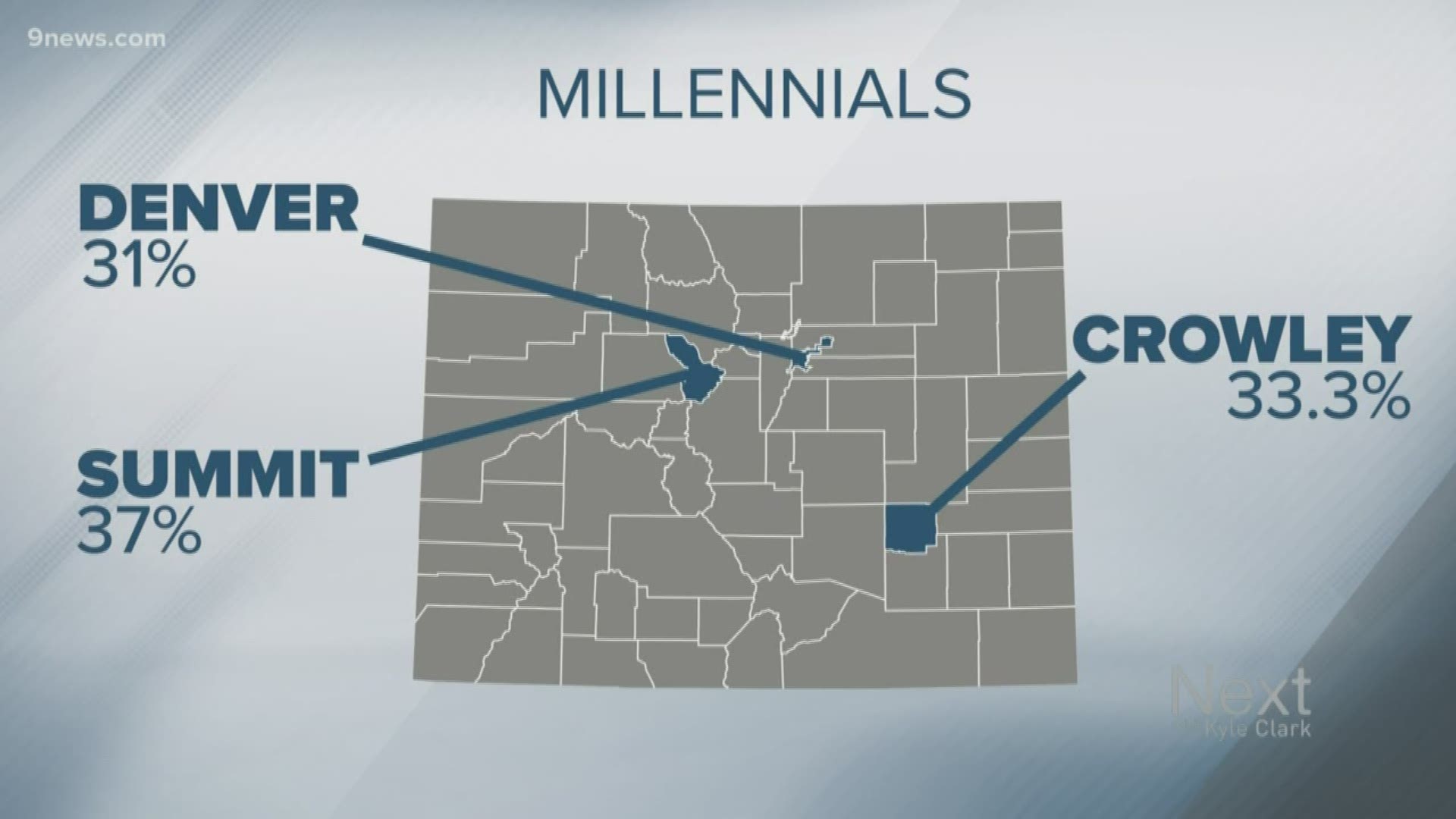 "Millennial" is a term that’s tossed around a lot, but it’s worth mentioning that most of today’s students aren’t millennials, they’re Generation Z.

We say this because of the college student and millenial town hall hosted by MSU Denver and Mayor Michael Hancock, and moderated by Kyle Clark.

Since "millennial" is no longer useful slang for young people (in fact, the youngest millennials are now 23 and the oldest are 38), the Next with Kyle Clark team asked: who are Colorado’s millennials? Here’s what we learned.

RELATED: The 25 hottest Denver neighborhoods for millennials (new for 2019)

RELATED: Are millennials really ruining everything?

Millennials are the largest generation in Colorado today

No joke: millennials represent 23.7% of the state’s population. There are 1.36 million of them in Colorado.

Most Denver transplants are millennials

This won’t come as much of a shock, but millennials represent 52% of everyone who moved into the Denver metro area in 2014.

That’s because about 38% of the entrepreneurs in the Denver metro area are millennials.

But with that being said, the median millennial income in Colorado was $40,000 -- that’s likely held back by service industry jobs and relatively young careers.

Here are the stats:

There is not a single Lime scooter in this county. Or any microbreweries. What Crowley County does have, however, is a relatively small population but a fairly big prison.

No joke: at 33.3%, Crowley County has the second largest percentage of millennials in the state, and it’s because of the young adult population in the medium-security Crowley County Correctional Facility.

As for the county with the highest percentage of millennials, it’s not Boulder. Instead, it’s Summit County (at 37%), likely due to its opportunities for outdoor recreation jobs.

Denver comes in third. About 31% of the Mile High City’s population is classified as millennials.

In all seriousness, 9NEWS asked the Colorado Secretary of State’s Office for millennial voter registration numbers. When we get the DVD to work, we’ll let you know what we learned.