The Colorado Health Institute released a new study Thursday focused on veterans and suicide and why the rate in Colorado is higher than the nation's. 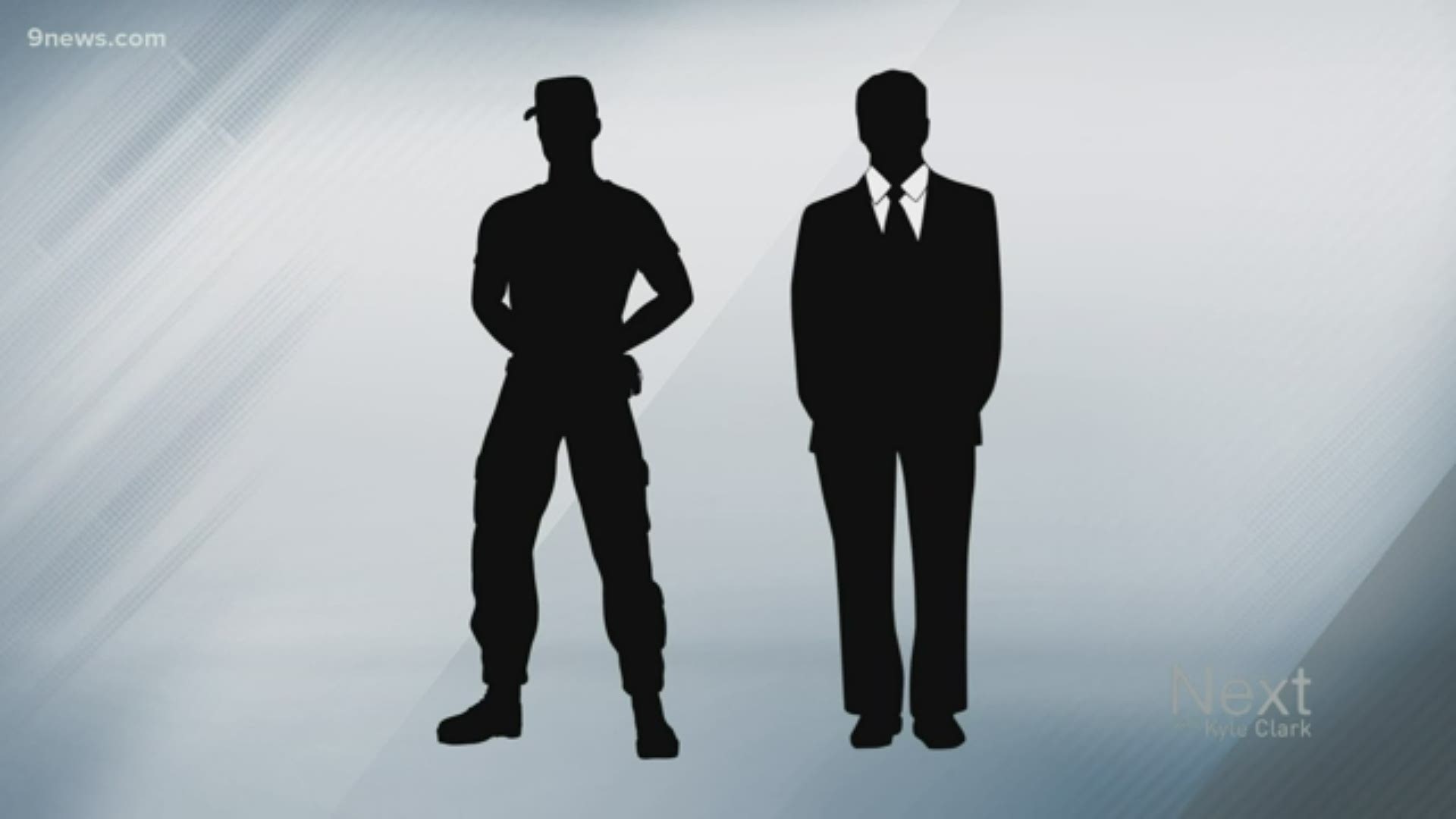 DENVER — The Colorado Health Institute released a new study Thursday focused on veterans and suicide, and the author, Karam Ahmad, said what the results were alarming.

The Colorado Department of Public Health and Environment data shows that for  every 100,000 veterans and people currently serving, 52 of them died by suicide in Colorado in 2016. That's a staggering difference between the national average of 30.

Veterans and active-duty service members also account for 20 percent of suicides in Colorado, while veterans make up 9 percent of the population, according to CHI.

"We looked at if cost was driving that, cost of care," said Ahmad. "Not having insurance coverage, was it not being able to get an appointment. We saw between veterans and non-veterans there wasn't a difference in those three factors."

The Colorado Health Institute then used the Colorado Heath Access survey, that surveyed 10,000 people, to gather data about stigma. The study found nearly seven out of 10 veterans in Colorado who did not receive the mental health care they needed "reported stigma-related reasons as a barrier. That's nearly double the percentage of non-veterans."

Ahmad said, ultimately, they found stigma was a major factor in stopping veterans from accessing the treatment facilities that are currently available in the state.

"This is an issue that is very near and dear to many people," said Ahmad. "We all know a veteran. These are our friends, our moms, dads, brothers sisters our grandpas."

RELATED: Where to find help: suicide prevention for veterans and family members

WATCH: This veteran made a promise to live, now he’s sharing his story

Jen Burch, the executive director of of the non-profit Valor Bridge, a leadership development program for veterans transitioning into civilian life, said the study reflects what she's experienced.

She retired from the Air Force in 2014. Burch served a total of six and a half years, working as a volunteer medic and serving in Afghanistan.

"I unraveled from PTSD. I was angry. I wasn't sleeping, having nightmares all the time," she said.

"Before I knew it, in May of 2013, I tried to take my own life. I just couldn't handle it anymore. Thankful I survived it."

Now Burch says she openly shares her stories in the hopes of encouraging other veterans to reach out for help.

"Pretty much felt isolated in dealing with a lot of my problems," said Burch. "And being afraid of speaking up because I was trying to become an officer  and wanted to stay in the military and continue deploying."

She said she connected with resources and a new community after leaving the Air Force when she got involved in non-profits focused on helping veterans.

"Veterans, we don't want to show our vulnerabilities," said Burch. "We don't want to ask for help. We want to act all strong. But really asking for help shows that you are strong it doesn't make you weak."

The study looked at specific numbers when it comes to how many veterans are experiencing mental health issues.

These percentages may seem low, and they might reflect the difficulty of talking frankly about mental health. For some, it is an uncomfortable subject. People’s attitudes and beliefs about mental illness can lead them to deny symptoms, delay treatment, and suffer hardships. A national survey conducted by the U.S. Centers for Disease Control and Prevention (CDC) found that many people feel ashamed of their challenges or worry that others will not be sympathetic to their conditions."

Along with the study, Ahmad said a new coalition was formed, with the help of a group called Together with Veterans, to help with suicide prevention, especially in rural Colorado. The coalition is built by veterans, for veterans, and is currently focused on Brush, Colo. They've been working since January and held a community meeting in the spring.

Paul Sherbo, with the U.S. Department of Veterans Affairs, said in an email:

"VA is expanding access to mental health care for some of our most vulnerable veterans by providing emergency mental health coverage to former service members with other-than-honorable (OTH) administrative discharges."

He shared statistics from the VA that show veteran suicides decreased from 2015 to 2016, to an average of 20 current or former service members who die by suicide each day.

In an e-mail he wrote:

"That's why VA is implementing a wide range of prevention activities to address many different risk factors. We are working alongside dozens of partners, including DoD, to deploy suicide prevention programming that supports all current and former service members – even those who do not come to VA for care. Examples of joint efforts to prevent Veteran suicide include the Mayor's Challenge and our work under Executive Order 13822."

Burch said oftentimes, women veterans and their experiences don't get the attention they deserve.

"I think the stigma for women veterans is more the isolation," she said. "You walk into a VA sometimes there are catcalls. You go up [and hear], 'Oh, are you a spouse?' or whatever, and it's like no, I served." 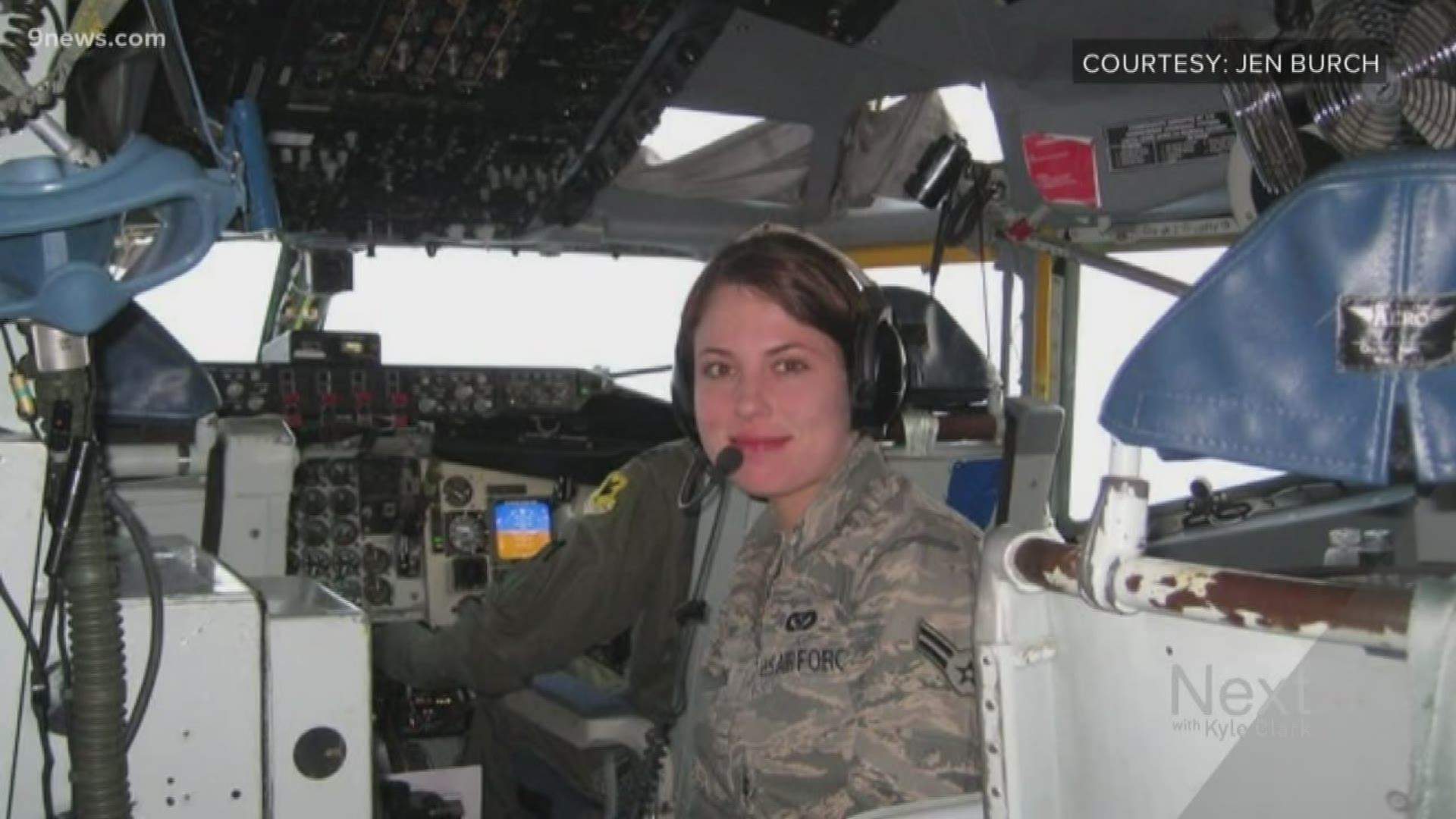 Sherbo acknowledged to 9NEWS that harassment can be a problem. He said in an email:

"VA recognizes that all Veterans should feel safe and at home in VA facilities, and that at times women Veterans have experienced harassment by others. That's why VA has launched a campaign of education, reporting and accountability to END harassment of Veterans and to help staff and Veterans intervene if harassment occurs. We have developed posters, videos and training materials and have rolled out the program at all facilities.

We want Veterans to be aware that VA is taking action so that all Veterans can engage fully in their own health care.

We are proud of our care for women Veterans and are working to increase the trust and knowledge of VA services of women Veterans so they choose VA for benefits and services."

Sherbo also shared how they are working to increase resources for women. He said the VA made some significant progress in recent years when it comes to serving women, and they now offer an array of services, including comprehensive primary care, gynecology, maternity, specialty care, and mental health services.

VA statistics, according to Sherbo, show that the number of women going to the VA for healthcare tripled since 2000, to half a million women. He also said that since 2008, 5,800 providers have been trained in women's health and that the VA is redesigning its electronic medical records to track breast and reproductive health care.

WHAT THE VA IS DOING

Dr. Shabnam Showell is the Associate Chief of Staff for Primary Care for the Eastern Colorado health care system. She said the VA expanded their services for women especially as the saw the number of female patients increase.

"We listen to our veterans, and we make changes because of their feedback," Showell said.

Showell said the VA has expanded maternity care, infertility treatment, and senior care to provide a woman health care services through different phases of her life.

"In Eastern Colorado, women's health is so important, we made a policy that every primary care provider will be a women's health care primary provider," she said. 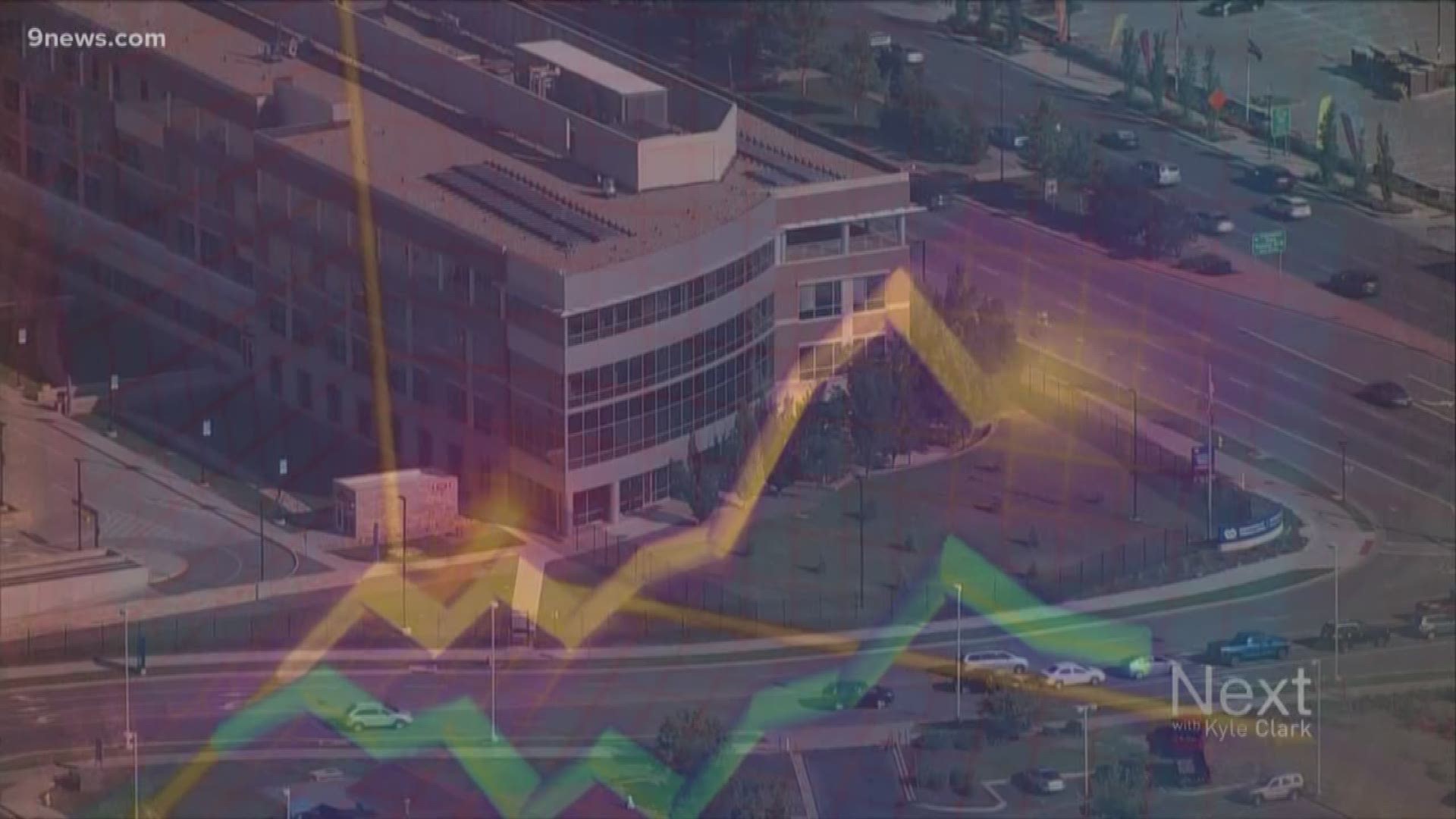 In her conversation with 9NEWS, Burch brought up another concern about the number of female doctors, saying some patients prefer to see a woman.

For her jurisdiction, Showell said her priority is to find the highest quality doctor while protecting equal opportunity.

She was also very clear she wants veterans to say what they need, so the VA can give them the care they deserve.

"We appreciate them," she said. "We know they sacrificed a lot to serve our country. They are our nation's heroes. They deserve to have outstanding health care."

If you or a veteran you know is struggling with a mental health crisis, reach out to the Veteran's Affairs Crisis Line. It's available 24 hours a day.