As a seventh-grader, Andrew Ellis thought his school needed a place to play. 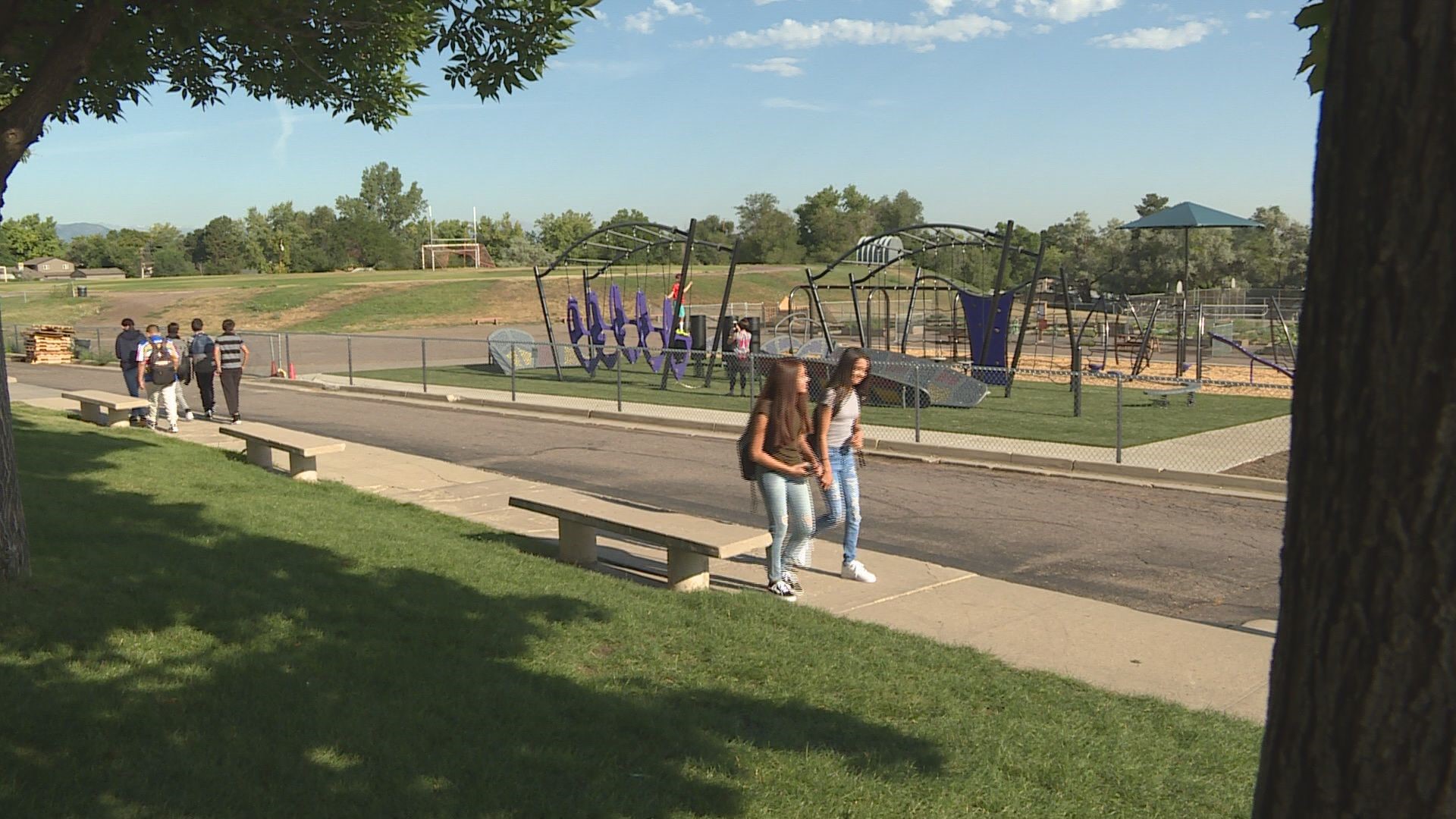 ARVADA, Colo. — North Arvada Middle School will celebrate the official opening of its new playground next week, less than a year after one of its students had the idea of getting one built.

Last fall, Andrew Ellis realized he and his friends didn’t have a good place to go during recess.

“I just envisioned it to be this awesome park for kids to run around and do obstacle courses and not be as bored,” Ellis said. “We didn’t have a whole lot to do.”

He pitched the idea for a playground to his science teacher, Erin Fichtel.

At the time, Andrew was in an elective class taught by Fichtel that gave students opportunities to design their own projects.

“So, he thought he’d try to find a way to get a playground on our back lot,” she said.

Fichtel knew it wouldn’t be cheap, so she suggested he write a grant proposal.

“He interviewed most of the school,” Fichtel said. “He did focus groups with people in the community … selected his project, designed it, and submitted the grant.”

Classmates may have helped with edits, but Fichtel said Andrew wrote the grant proposal by himself.

It took him about three months to complete and submit his proposal.

In the spring, Andrew found out his proposal had been accepted and funded by Great Outdoors Colorado, a voter-created organization that invests Colorado Lottery proceeds to preserve and enhance open spaces.

The playground was built over the summer, in time for Andrew’s eighth-grade school year.

“I’m pretty happy with it,” Andrew said. “It’s really nice – the whole design of it.”

The playground resembles some of the obstacle courses seen on NBC’s American Ninja Warrior.

Andrew added a more traditional set of swings to his playground design, based on feedback from fellow students.

Andrew got an A in Mrs. Fichtel’s class.