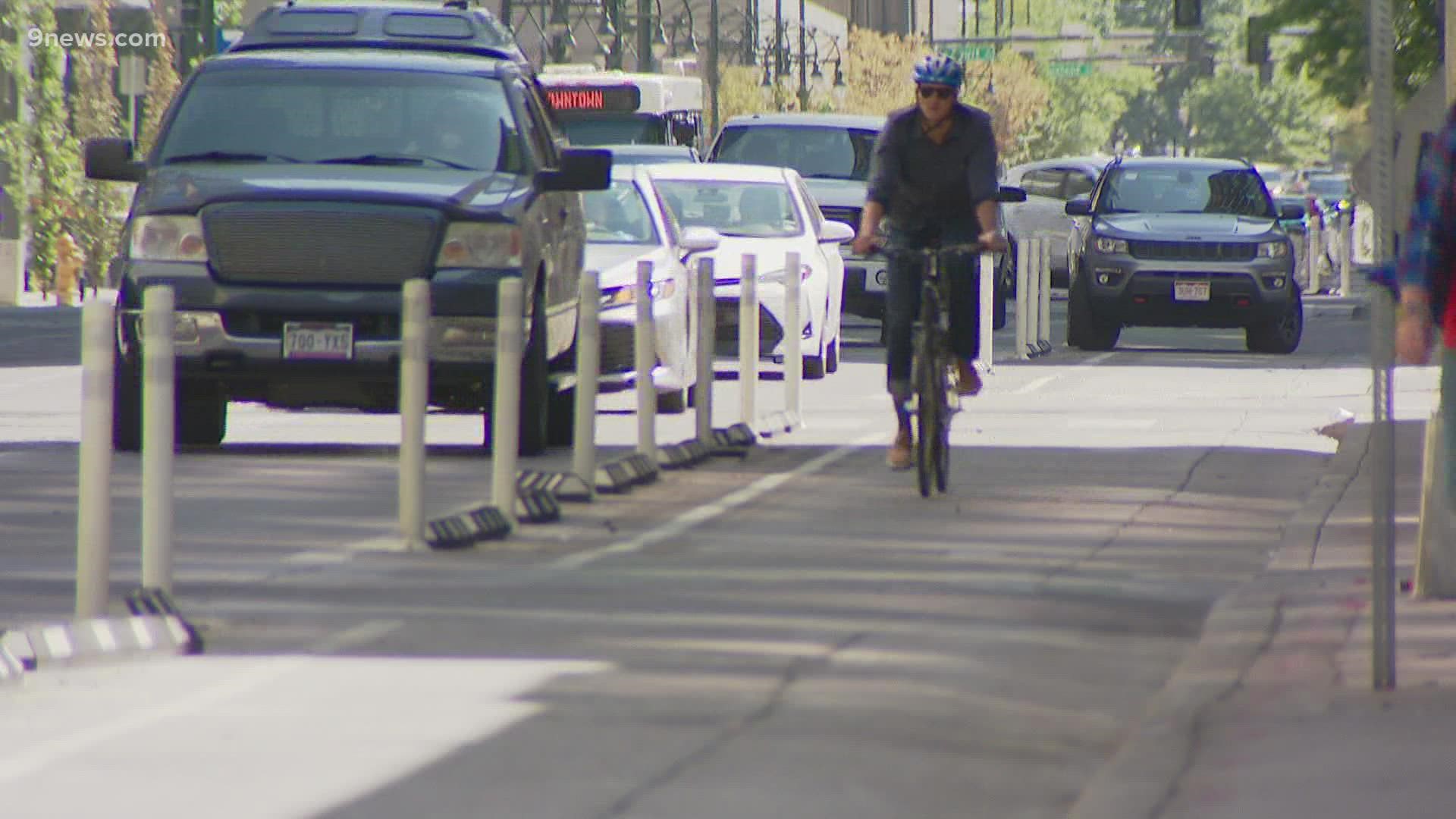 DENVER — Every time we do a story about cycling infrastructure, we expect the same response: a flurry of e-mails and social media comments suggesting bicyclists don’t follow the rules of the road, many suggesting that cyclists break the law more than drivers.

A University of Colorado Denver civil engineering professor did a survey published in 2017 to try to determine why cyclists break the law and why drivers do, as well. What Wes Marshall found is that while drivers and cyclists both generally feel their decisions to break the law are reasonable, they do it for different reasons.

“For drivers, most of them are trying to save time,” Marshall said. “That’s their biggest concern when they’re doing a lot of the things they’re doing to break the law. For bicyclists, it’s self-preservation. They’re doing it often to enhance their own safety.”

Marshall’s survey went viral in 2015, getting close to 18,000 responses from drivers, cyclists and pedestrians around the world.

“For a driver, when you go five miles over the speed limit, it seems like the rational thing to do,” Marshall said. “And what we found out too is that when bicyclists are sort of rolling through a stop sign, they’re sort of doing to them what seems to be a rational thing to do given the transportation system that’s been put in front of them.”

The survey didn’t find a specific profile for a scofflaw cyclist, per se. Though it did find that young men were more likely to take risks on the road while breaking the law.

Marshall said the most fascinating finding was the level of law breaking often was determined by the city of residence of the cyclist. If they lived in a city with a more defined biking infrastructure, they tended not to break the law as much.

“We’ve often put people in a position where the most rational thing they can do is break the law,” he said.

“What we found is cities with a lot more bike infrastructure where bicyclists sort of to have their place established in the road [where] they’re supposed to be, those are the places where there were … fewer bicyclists breaking the law.”

RELATED: Fatal and serious injury hit-and-run crashes are up in Denver