Study: Some well water in Colorado has high levels of arsenic

The Delta County Health Department wants to make sure people are drinking safe water. After a study they realized that's not always the case. 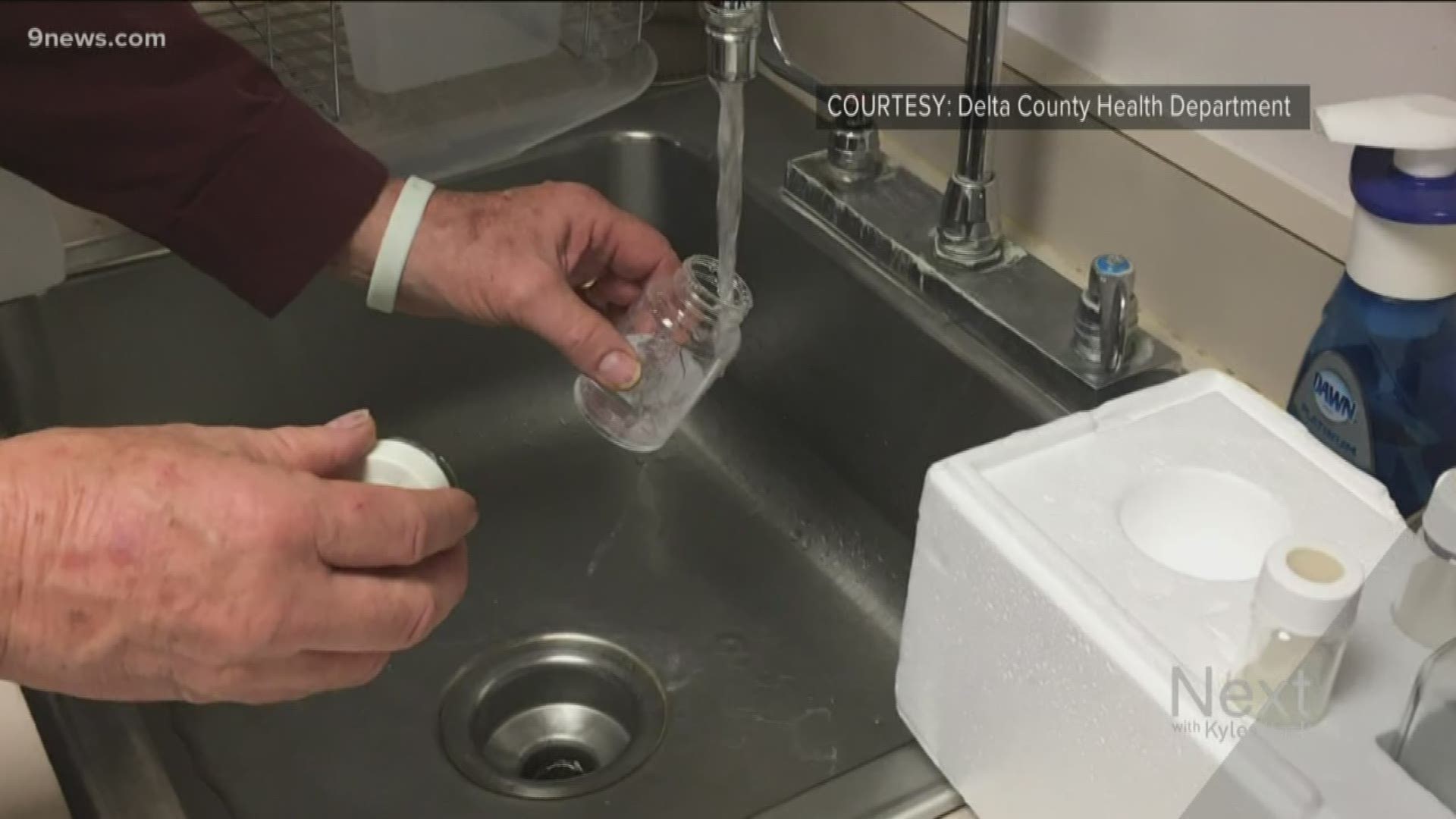 DELTA COUNTY, Colo. — Thousands of people in Colorado drink water from a supply that is privately owned and unregulated. A new study shows that some of that water also has too much arsenic in it.

The Delta County Health Department (DCHD) paired up with the University of Colorado to study water quality in private wells. They said they got definitive data that shows not everyone can trust the water they are drinking.

Approximately 36,000 people, or 60% of the population, in this area drink water from private wells that aren't regulated because they're privately owned, according to the department's director, Ken Nordstrom.

Nordstrom said there are around 10,000 private drinking water wells in the six-county region his department oversees and that until this point there was no information readily available to the public about the quality of water in those wells.

"We were concerned," he said, "We had no knowledge on the western slope of private drinking water quality."

So with the help of a Centers for Disease Control and Prevention (CDC) grant, the DCHD started taking a closer look at gathering data and CU Boulder joined in 2016.

The university then published an article that said out of the 457 wells analyzed, 11% had arsenic concentrations above the water standard maximum containment level. The study also found 15% of the well water tested "exceeded at least one primary drinking water contaminant standard from the state."

The state and EPA standard for arsenic are the same according to the Rocky Mountain Poison Center:

"The U.S. Environmental Protection Agency (EPA) has set the drinking water standard or Maximum Contaminant Level to 0.010 mg/L or parts per million (ppm). This is equal to 10 ug/L (micrograms per liter) or 10 ppb (parts per billion).

"We have not had any direct links to the private drinking water and people getting sick," said Nordstrom. He also said they may not know for sure because their records are not complete.

In an e-mail, Shireen Banerji, with the Rocky Mountain Poison Center, said short term health effects from drinking water with too much arsenic can include "nausea, vomiting, tingling/numbness in hands and feet, effects to the heart and blood, and more, depending on the amount." She said long term effects can include, "skin disorders, and increased risk to certain types of cancer, diabetes, and high blood pressure."

How quickly those symptoms set in depends on the magnitude of exposure, how much arsenic was in the well and how big the person is, Banerji said.

Nordstrom said private, unregulated water system can have up to 15 service connections but typically there is one household per well.

They're often located in rural parts of the region his health department oversees while most towns and more populated parts are served by public water systems. Private wells are found across the state.

Professor Joe Ryan, who helped oversee this study, said they believe the arsenic is mostly geologic and not a human industrial or agricultural source.

"There hasn't been enough of that going on in that six-county area," he said.

Ryan said an important part of this study was the outreach done to the well owners to let them know what the water quality is and encourage them to test it, not just for arsenic but also other contaminants and bacteria.

The CDC recommends doing that at least once a year.

Not all owners are routinely testing their wells for a number of reasons.

"Perhaps a lack of knowledge," said Nordstrom, "One of the answers we get to that question is, 'Oh I've been drinking this water for 30 years and I'm not sick. My family is raised and gone and they are healthy'."

Graduate student Holly Miller who helped with this study also said the cost could be a barrier. The tests conducted in this study cost around $250 a well.

Ryan said it's possible to filtrate the water and remove contaminants like arsenic, but that fix can roughly cost $1,000.

Those who would like to can work with the state to get testing done.

Because the wells are owned privately, Nordstrom said the county can only tell the owners there is an issue with the water but can't force them to actually fix it.

Miller said she will continue working with Nordstrom for the next year and plans to visit again with the private well owners to see if they've made any changes.

She also created an interactive map so people can see which wells were testing higher for contamination.