The Colorado Department Health and Environment is studying marijuana and the ozone. This isn't about smoking, but about the plants and what they naturally release. 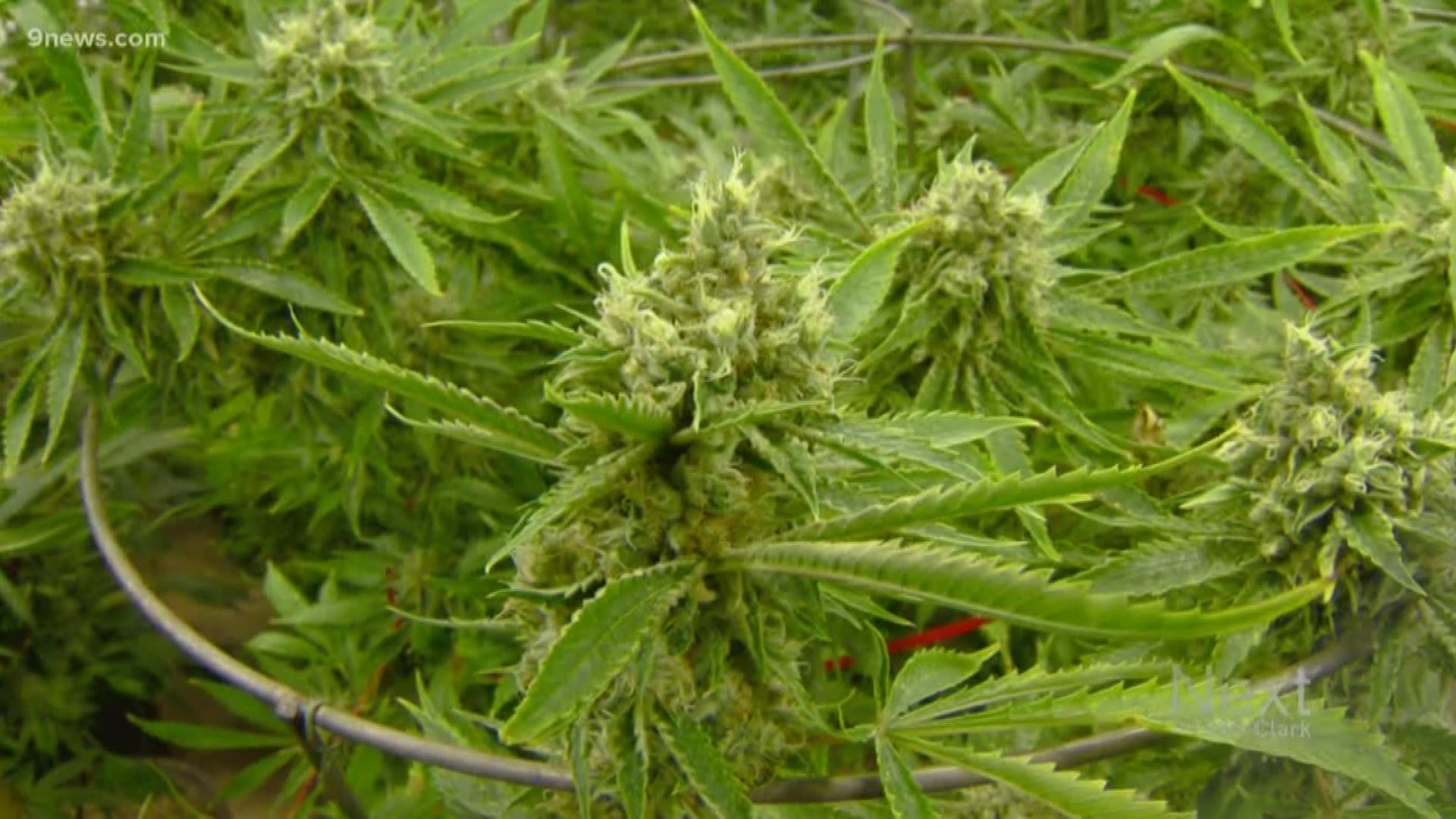 DENVER — The Colorado Department of Health and Environment is studying marijuana and the ozone.

It's not because Coloradans are blowing too much pot smoke into the air. As first reported by Colorado Public Radio, researchers want to know about a cannabis plant's impact on the environment.

Next with Kyle Clark spoke with Katilin Urso, an environmental consultant with CPDHE, to learn more about the study.

9NEWS: What is the study focusing on?

Urso said Colorado is not meeting the Environmental Protection Agency standards for ozone, a gas made of oxygen atoms, which, in certain parts of the atmosphere, is considered a hazardous pollutant. Ozone is the number one pollutant of concern in Colorado, so the state started looking into what new sources could be contributing to the problem.

They started looking at marijuana -- not the smoke, but the actual plant, which emits terpene. Terpene is the main reason for marijuana's distinct scent.

When volatile organic compounds (VOCs) interact with other pollution and the sun, Urso said it adds to the ozone problem, which isn't good for the environment and isn't good for people to breathe.

The questions now are:

"The question we are trying to answer is how many pounds of VOCs are produced or emitted into the atmosphere per pound of marijuana grown," Urso said.

"There are many sources of volatile organic compounds," Urso said. "Cannabis is just one of them."

The state chose to look into marijuana, in part, because of zoning and industry regulations, according to Urso. She said those regulations are why a majority of legal grows are inside and in the Denver metro area, where the population is also higher with more pollution.

To gather data, the state is working with the marijuana industry, including four cultivators in Colorado ranging in size.

Urso said the purpose of this study is to simply learn more about what's being released into the air, especially since the state couldn't rely on normal protocol when a new industry takes off.

"Marijuana is federally illegal. Typically when you have new industries come online, the EPA is the one responsible for quantifying environmental impact," Urso said.

"It left this gap in environmental knowledge for states that have legalized," she added.

What is the reaction from the marijuana industry?

Morgan Fox with the National Cannabis Industry Association said he's been aware of this study for a long time. It started in 2018 and wrapped up in September, with the results expected to be released next summer.

While Fox said it's not clear if the marijuana industry is a definite contributor to ozone, he does support the research.

"We support any research that can improve environmental knowledge base, and make us a better industry and better neighbors," Fox said.

Fox said the industry is already invested in finding ways to be more environmentally friendly, which includes more efficient lighting and cultivation techniques.

Urso said dispensaries can now recycle their packaging as well, which means customers can bring back their empty packing. It's supposed to be properly sanitized and then re-used.

What happens after the results are released?

Urso said the goal is to help companies be more efficient.

As for suggestions, she said carbon filtration is commonly used for odor control and also captures volatile organic compounds. She also works with companies on how to improve both their energy and water footprints.

Urso also said many cultivators are already using these carbon filtration systems, especially in Denver, because of a stricter odor ordinance.

Has the state done similar research for other industries?

Yes. Urso said she's gone through a similar process for the craft beer industry. Urso said in 2011, there were around 100 craft breweries. Now it's grown to around 400.

Urso said they found individual craft breweries weren't impacting the environment as much but that there were ways to become more efficient, including packaging and recycling bags used in production.

She also said she's talked to breweries about not wasting beer during packaging because when the beer evaporates, it can release ethanol, which is not good for the environment.