GraceFull Cafe in Littleton admits some neighbors worry about attracting people experiencing homelessness. Others in the community are looking at solutions. 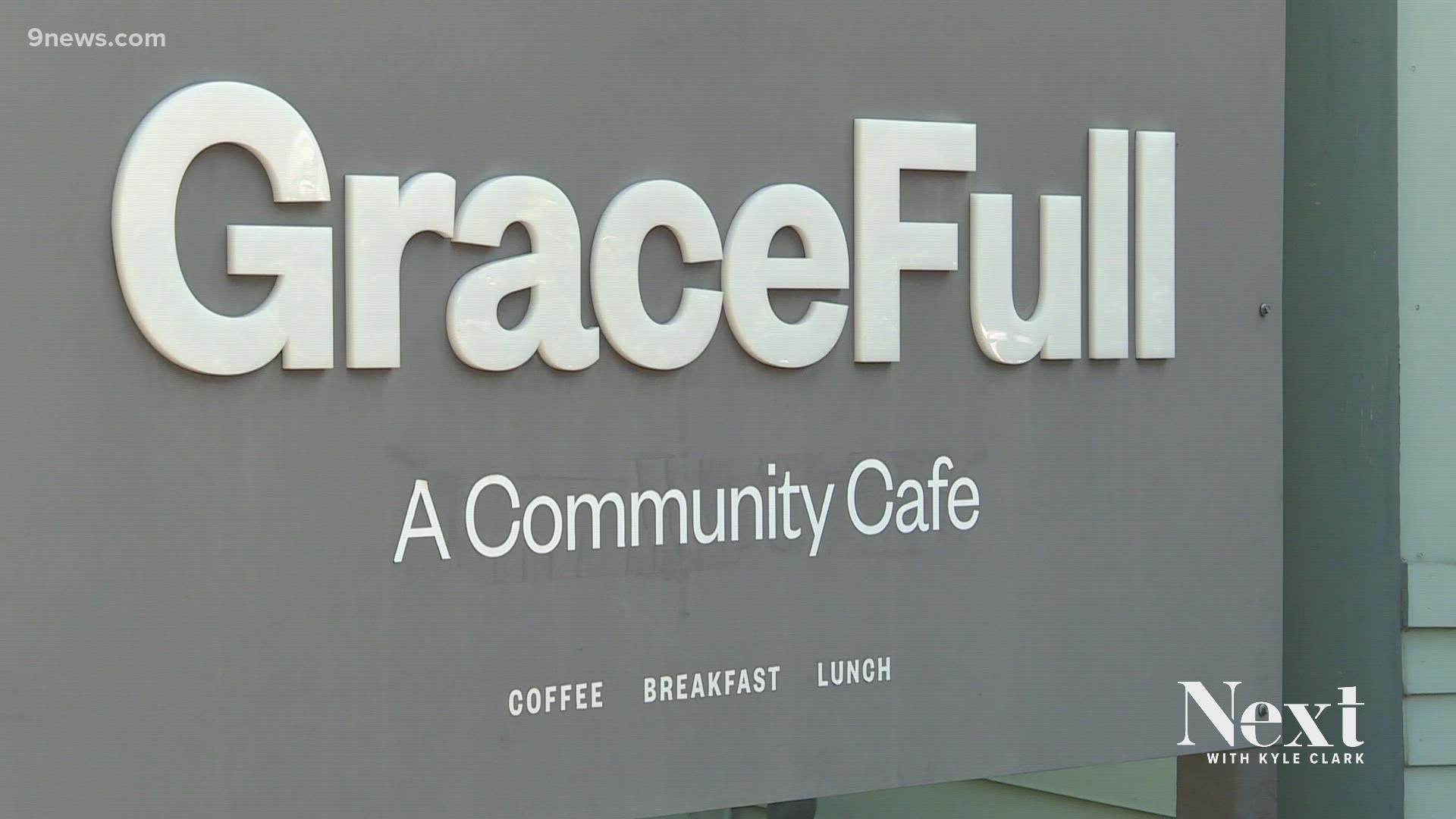 LITTLETON, Colorado — Anyone who needs a meal can get one for free at a café in downtown Littleton.

That was Heather Greenwood’s mission in opening GraceFull Community Café in 2016.

“Our heart here is to make sure everyone in the community has access to a good fresh health meal,” she said.

But Greenwood admits some other businesses in the downtown area have expressed concerns about her business model, saying that the free meals attract more homeless people downtown.

“Those conversations are challenging but we love them,” Greenwood said. “It is my top priority to be a good neighbor and to be a voice where we can help breakdown that fear.”

“That fear comes out of helplessness. No one wants to see individuals who don’t have a place to sleep.”

When the city of Littleton partnered with two other cities, Englewood and Sheridan, to address the growing crisis of homelessness in their communities, stakeholders vocalized that fear.

In a Powerpoint presentation about the Tri-Cities Homelessness Policy Group presented to Littleton City Council earlier this year, one of the stated fears of acting on homelessness is “new programs may be expensive and attract additional people in need from the region, overwhelming local services.”

“There is this ‘Field of Dreams,’ if you will, that if you build something, people will come and start migrating to the community,” said Samma Fox, assistant to the city manager in Littleton, who has helped the city work on the Tri-Cities Homelessness Policy Group.

“The reality is we already have an un-homed population. They’re here.”

Credit: 9NEWS
In a Powerpoint presentation about the Tri-Cities Homelessness Policy Group presented to Littleton City Council earlier this year, one of the stated fears of acting on homelessness is “new programs may be expensive and attract additional people in need from the region, overwhelming local services.”

Fox said that fear is exactly why this group works. By combining limited resources, the cities can provide people in need what they need.

“One of the things that I think has happened in the suburbs in the past is an attempt to handle just within your jurisdiction,” she said.

“One of the things Littleton is doing is focusing on our partnerships so that our services are consistent and partnered with all of the surrounding jurisdiction so that it is not creating an incentive to migrate for services,” Fox said.

The Tri-Cities Homelessness Policy Group is first working to define what homelessness is in the region.

“One of the things we found is it’s not always visible,” Fox said. “It’s almost like an iceberg. What you see of the homeless population…there are a lot of people that may be sleeping on couches or sleeping in cars that don’t just get counted or seen.”

Fox also said the route that leads people to homelessness can vary.

“There are some people who might have migrated in because they found a site they were looking for along the river. There are some who may have already lived in Littleton and they become homeless because of a multitude of issues.”

Back at GraceFull Café, Greenwood knows her city has always struggled with homelessness, but it may not have been visible. She’s grateful that community leaders and governments are starting to address it.

“We are not trying to push this issue to one geographic area,” she said. “We’re aware that it’s here and people are struggling and how can we all work together to move towards that solution?”