In last year's election, more than 500 ballots were left uncounted. This video shows how this happened. 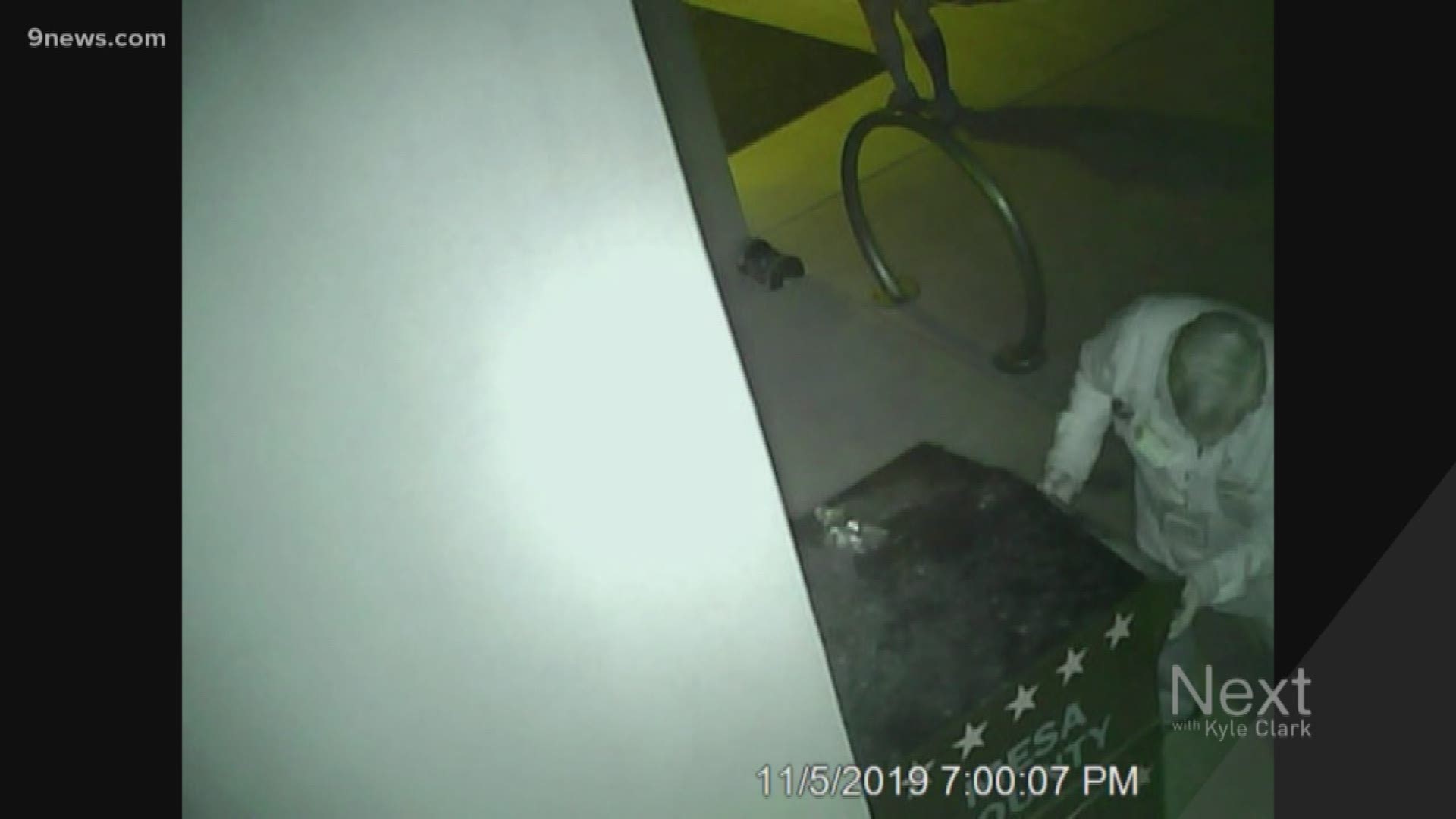 MESA COUNTY, Colo. — In the 2019 election, more than 500 Mesa County ballots were found uncounted, having been left in a Grand Junction dropbox until they were discovered mid-February – more than three months after they had been cast.

To find out exactly what happened with the ballots, 9NEWS filed an open records request for surveillance video from Nov. 5, Election Day.

The above video shows a Mesa County Elections employee checking his phone. After polls closed at 7 p.m., the worker puts the closed sign on the box and locks it – with all 574 legally-cast ballots left uncounted inside.

The ballots were first discovered when the first presidential primary ballots were collected at Mesa County’s election office at 200 Spruce Street. The ballots were still in the box from when they had been dropped there months earlier.

Once the mistake was realized, the Colorado Secretary of State’s Office was contacted immediately. Mesa County Clerk and Recorder Tina Peters issued a news release alerting the public Feb. 20.

In the release, Peters wrote that “…had the ballots that were left in the dropbox been counted, it would not have produced a different result in any of the elections.”

Peters said the only explanation for the uncounted ballots was human error.

"This was a big surprise to find out that the person who actually closed the box at 7 p.m. did not actually collect the ballots out of it," Peters said. "We can train our election judges, which we do. We can train staff and our elections managers, but when it comes right down to it, the only variable that we can’t control is human error. That’s exactly what happened in this case."

The voters who submitted the ballots received a letter from the Mesa County Clerk and Recorder’s Office apologizing for the mistake.

"Steps to ensure that this won’t occur during the upcoming Primary Election have been taken, and the procedures followed by the elections staff are continuing to be reviewed and modified to ensure that this mistake will never happen again," Peters said.