Pres. Trump is visiting the Broadmoor World Arena where the 2016 Republican State Convention was held -- an event that ended with an awkward tweet. 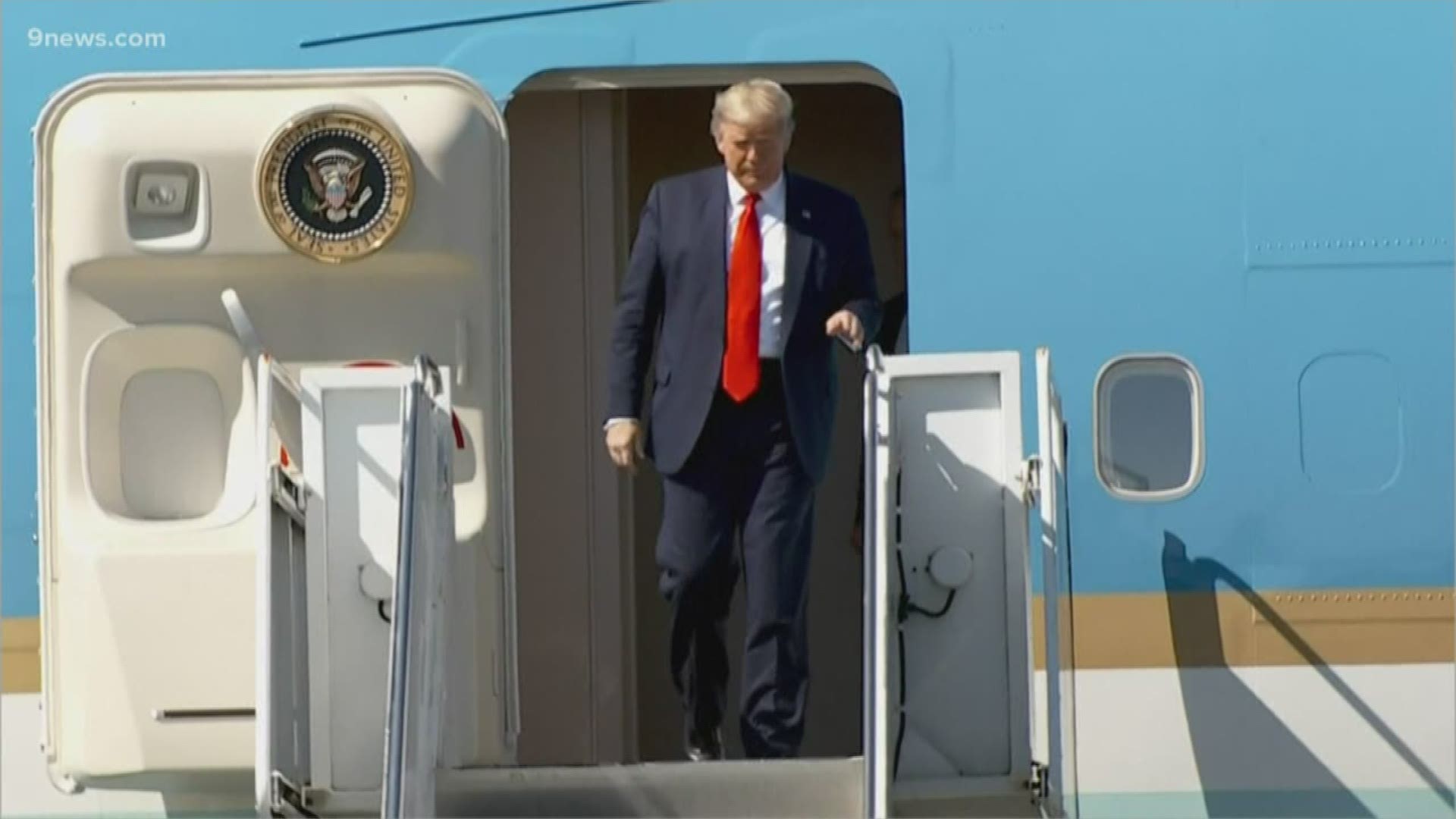 COLORADO SPRINGS, Colo. — It’s fitting that President Donald Trump is visiting the Broadmoor World Arena in Colorado Springs on a Thursday because he’s a small part of an awkward Throwback Thursday moment.

The 2016 Colorado Republican State Convention was held at the World Arena. It’s at the state convention, in a presidential election year, where the candidates for president find out how many delegates Colorado will pledge at the Republican National Convention to determine the eventual Republican nominee.

On April 9, 2016, Colorado Republicans at the World Arena awarded all 34 delegates to Sen. Ted Cruz (R-Texas) and none to Trump.

Minutes later, the Colorado GOP Twitter accounted tweeted “We did it. #NeverTrump.”

Minutes after that, the tweet was deleted and followed with a tweet saying “it was the result of unauthorized access” and that the party was investigating.

At the time, Steve House, a Republican who is now running to challenge Democratic Rep. Jason Crow in Congressional District 6, was chairman of the Colorado GOP, and politics guy Marshall Zelinger was a reporter at KMGH hosting a political show with anchor Anne Trujillo. On that show, House said, “We are doing an investigation right now to find out how it got out because we would never do that. There's no point in trying to disenfranchise a campaign that we supported while they were here, and there's no way anybody on my staff -- certainly not me -- would ever put that out.”

House said on the show they were able to identify the IP address where the tweet originated, but the party filed a lawsuit to compel Twitter to reveal that information. The lawsuit was dismissed and after filing a federal appeal, the party dropped the case.

Trump will be joined by Sen. Cory Gardner (R-Colorado) at the World Arena on Thursday evening for a campaign rally.