Colorado's largest teachers union, the Colorado Education Association, is making a blatantly false claim in the race for governor in a newsletter sent out to its 35,000 members. 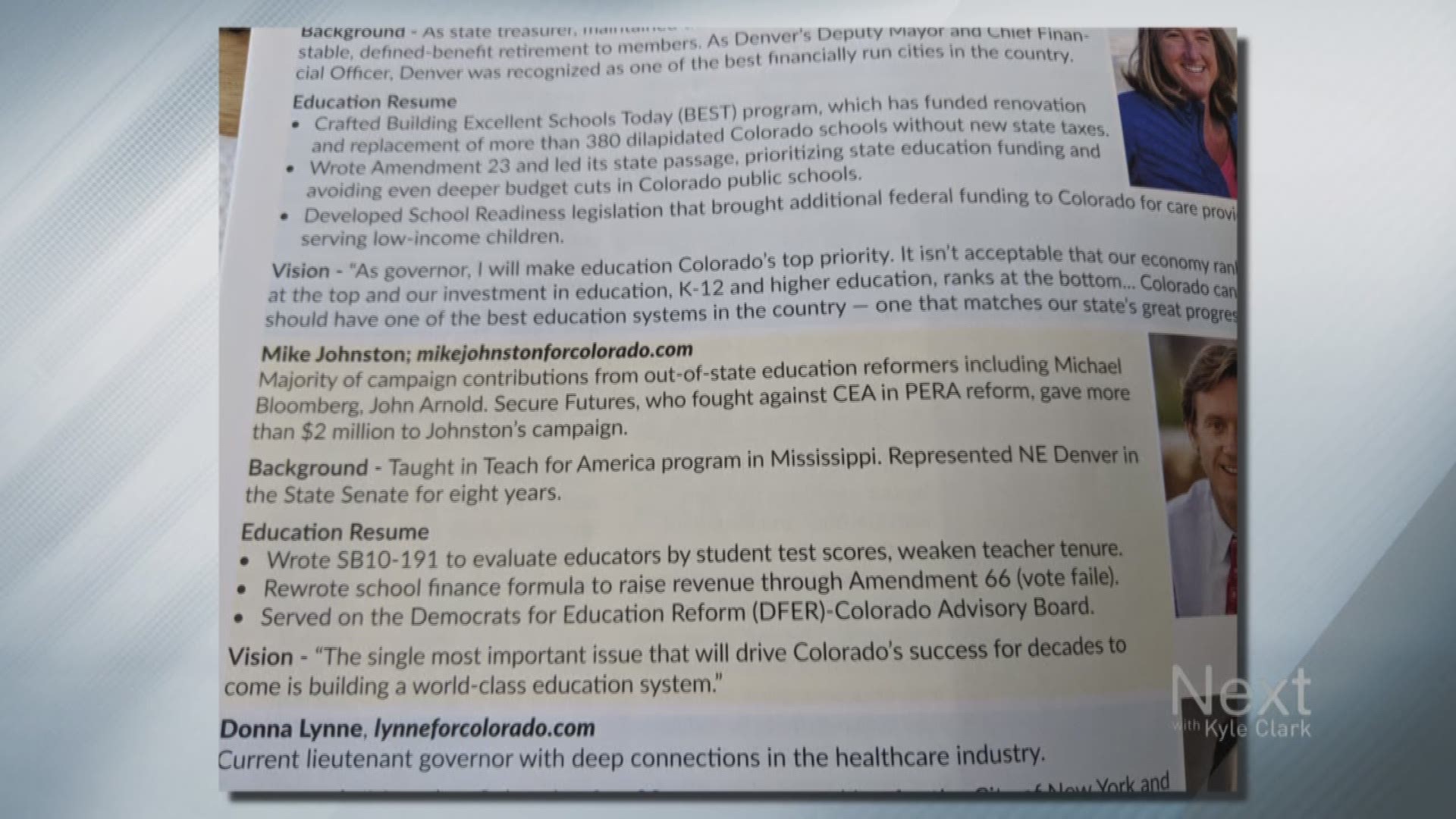 Johnston did not receive $2 million from a group advocating for the reform of the teachers’ pension fund, PERA. In fact, when challenged, the Colorado Education Association admitted the group did not give Johnston a dime. The CEA was unable to explain why the fabricated claim was made.

The false claim is included in a newsletter the CEA sent to its more than 35,000 members across Colorado. The union is a vocal backer of Johnston’s rival in the Democratic primary, Cary Kennedy.

The newsletter asserts, “Secure Futures, who fought against CEA in PERA reform, gave more than $2 million to Johnston’s campaign.” That is not true.

Secure Futures co-director Eric Sonderman called the claim “lunacy” in a letter to the CEA demanding a retraction. Sonderman noted that Secure Futures had not made an endorsement or donation in the race.

9NEWS reached out to the CEA for an explanation and received a response from Democratic strategist and crisis communications expert Andy Boian who called the claim “a simple accident.”

Boian said the CEA would offer a correction to all of its members who received the original false claim.

Kennedy has refused to distance herself from negative attack ads funded by teachers unions against her Democratic rivals, Johnston and Rep. Jared Polis.

Johnston and Polis have highlighted that the Democratic candidates signed a clean campaign pledge.

In a 9NEWS debate, Kennedy falsely claimed that she was not allowed to ask her supporters to cease the attack ads.