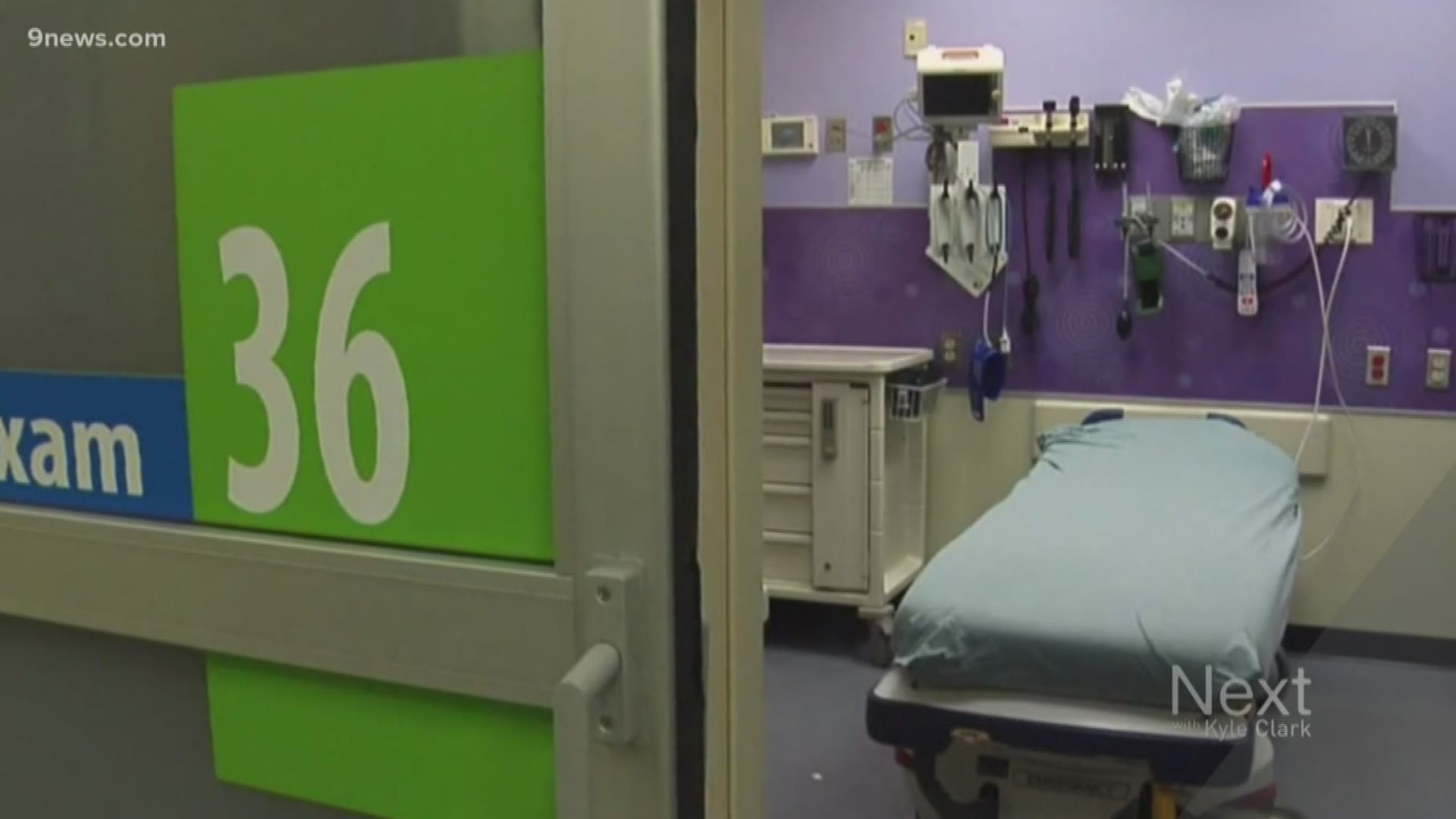 DENVER — The idea of telehealth has been gaining popularity in Colorado, especially for people who live in rural areas where doctors and behavioral health specialists may be too far away.

However, there's a hurdle to telehealth working properly: Internet speed.

The Colorado Governor's Office of Information Technology shared a map of the state. The areas in green have strong bandwidth and the areas in orange, yellow and red don't.

The Federal Communications Commission (FCC) also identified roughly 99,000 homes and businesses in rural Colorado that it said could benefit from better internet.

On Jan. 30, the FCC will be voting on whether to start a new program to allow people to apply for grants to get high-speed broadband in rural areas.

FCC Estimates State-by-State Impact of Rural Digital Opportunity Fund
Preliminary List Shows Number of Locations Eligible for Bidding in Each State for High-Speed Broadband Through Phase I of the $20.4 Billion Fund

"Someone having a crisis, contemplating suicide," he said, "that's not the time when you have that connection go away."

When telemedicine does work, president and CEO of Mental Health Colorado, Vincent Atchity, said it has a real impact.

Atchity also said it helps navigate stigmas that can stop a person from getting the help they need.

"In a small community people will recognize the make and model of your vehicle," he explained, "To drive up in front of the behavioral health center and leave it your car there for couple of hours is something people don't want to do."

The idea has enough momentum, the Colorado Office of Behavioral Health is looking to expand telehealth to some rural county jails by July but said it's still too early in discussions to give specifics.

At the same time, new state laws are working to keep pace with the internet access issue, including one that went into effect in August that's supposed to make it easier and cheaper to set up the infrastructure for more bandwidth.

The state is also offering incentives for companies to help expand access to better internet.

Atchity pointed out telehealth isn't just beneficial for people in rural Colorado but also in urban areas where people might not have easy access to a doctor/therapist because they live too far away or don't have an easy way to get to the doctor's office.

Both Atchity and Helton said another hurdle is that doctors may not get reimbursed enough to cover their costs of offering telehealth.

Both also agreed it's not necessarily a replacement for a doctor but a good option to connect with a health professional when it's otherwise difficult.