The restraining order that went into effect earlier in June limited Denver Police's use of force against peaceful protesters. 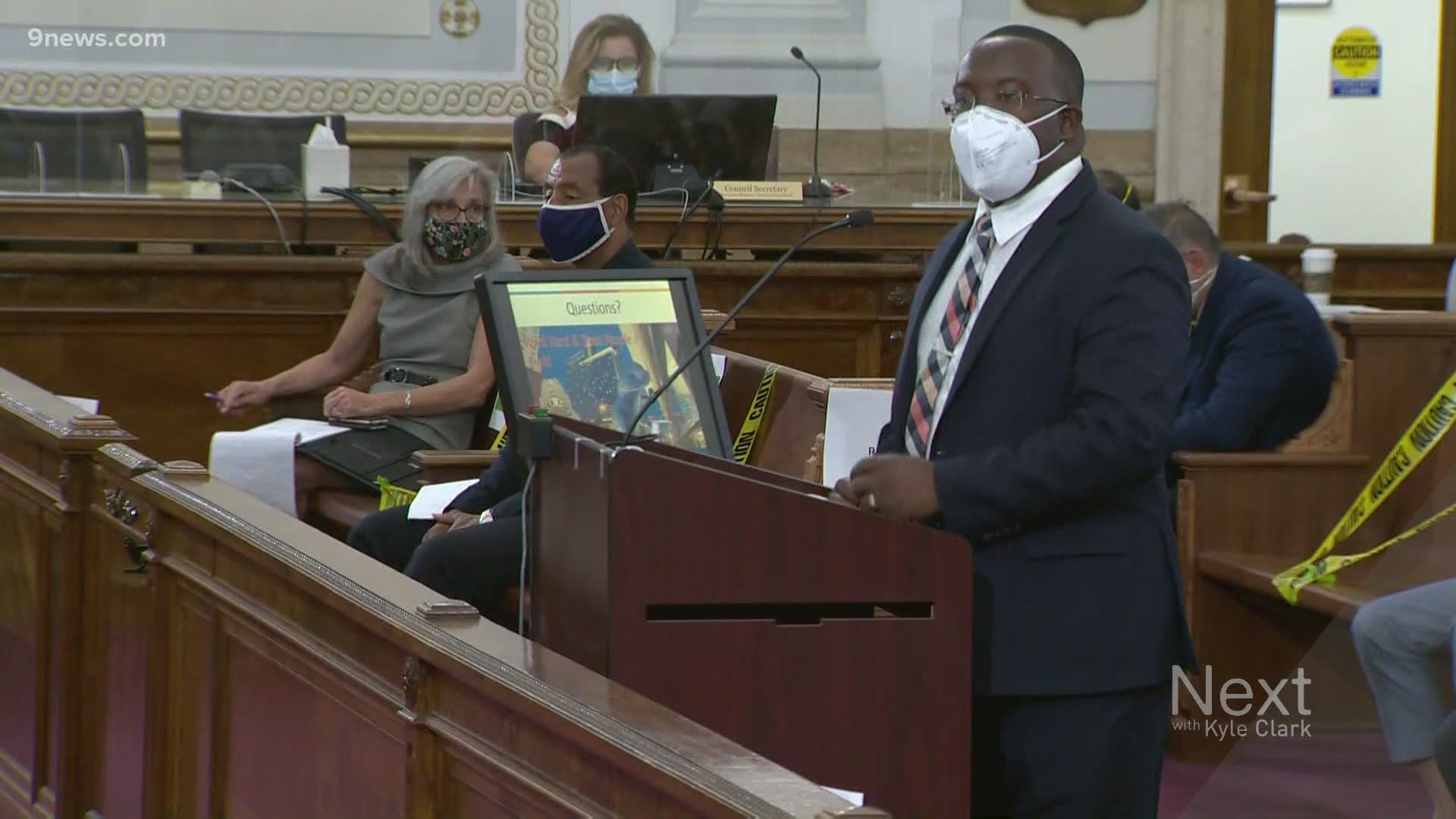 DENVER — A federal judge told activists and the Denver Police Department (DPD) on Wednesday to work together to reach a deal on use of force.

Judge Richard Brooke Jackson denied a request to extend a temporary restraining order that he approved earlier this month. The order banned officers in Denver from using non- or less-lethal tactics on peaceful protesters without supervisor permission.

In his decision, Jackson said protesters must be reasonably protected from “inappropriate police response,” and the court will not consider more orders without evidence of police misconduct. The judge wrote there must be a good faith effort to reach a use of force order.

“The parties, if they set aside the extremes on both sides, should be able to reach an agreement that accomplishes mutually desired goals. If the parties, despite their respective statements that they have similar goals, cannot reach an agreement, then they may submit their respective proposed orders, and the Court will likely enter the order or a version of it that is the most reasonable,” Jackson wrote.

Jackson said on June 5, in response to the original lawsuit filing, that he decided to partially grant the plaintiffs' request so that the actions of the police are not impeding protesters' rights to free speech. However, he had also said he wanted to ensure the order does not prevent officers from protecting themselves or others.

“Citizens should never have to fear peaceful protest on the basis of police retaliation, especially not when protesting that very same police violence,” he wrote.

The initial complaint listed several examples of officers allegedly misusing tear gas, flashbangs and non-lethal bullets during the first days of Denver's George Floyd protests, which began days after Floyd died at the hands of an officer in Minneapolis.

Also Wednesday, Denver City Council questioned Murphy Robinson, the director of public safety, about DPD's use of force during the protests. Robinson acknowledged police could have done better, but he also put some blame on protesters.

"Maybe we as the city and county of Denver didn't do everything to the best of our abilities to make sure that those policies were implemented correctly. We've heard the stories. I honor those stories. However, I will tell you, that there was a lot of violence. There was a ton of violence on those days, and I will tell you that we have to consider that. We have to consider that as we move forward."

Police Chief Paul Pazen was also at Wednesday's meeting. He said he will redirect funds for a new program to focus on mental health resources.

Citizens who spoke at the event called for moving funds from the police department to other programs.

Since the lawsuit filing, DPD has announced the department was modifying its use of force policy. Statewide police reforms were also pushed through the Colorado legislature.

RELATED: Denver school board unanimously votes to pull DPD officers out of schools