Two leaders of the group FEC United testified under oath that Colorado GOP chair Kristi Burton Brown served as president of the group in November 2020. 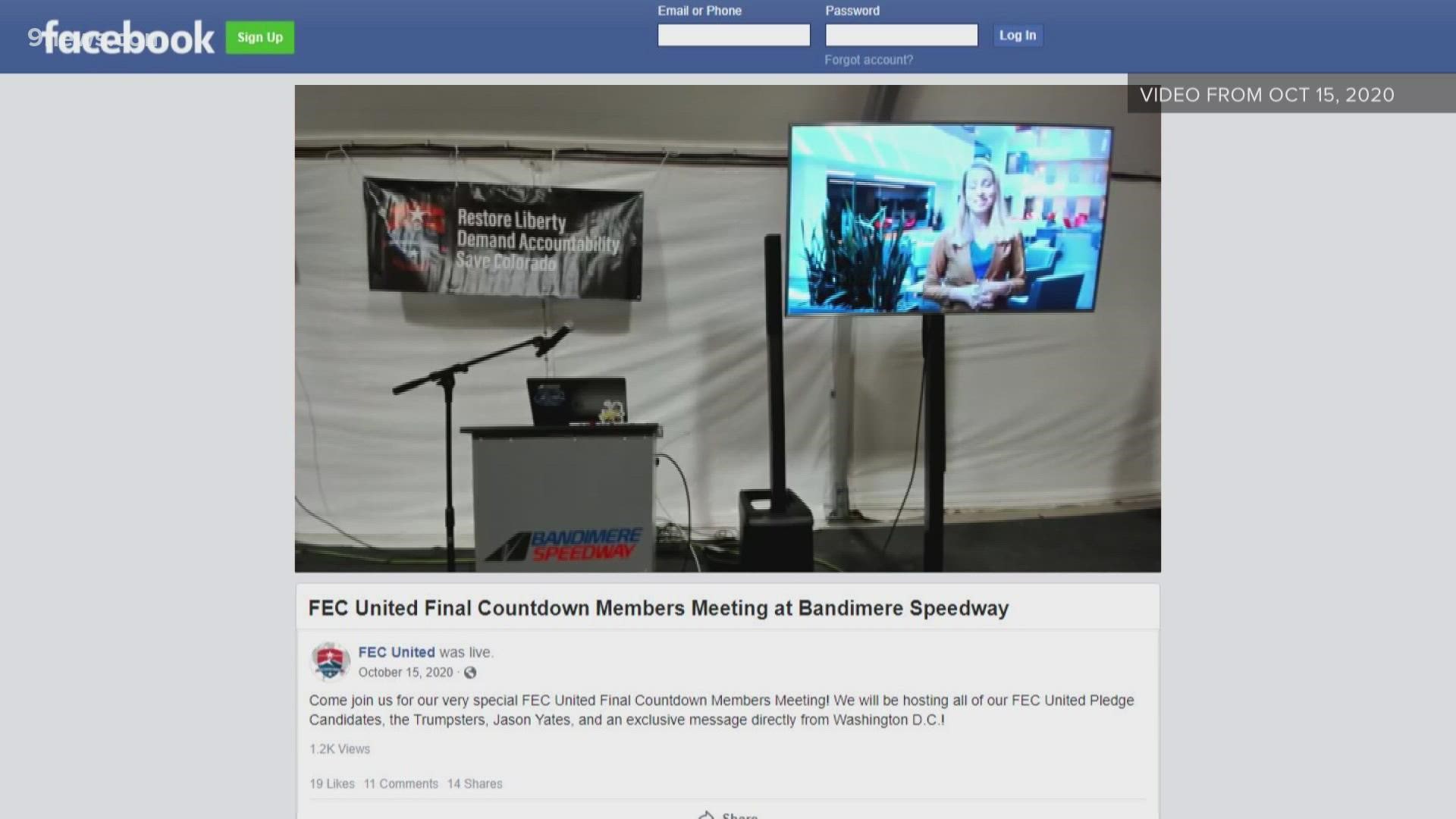 DENVER — Leaders of a far-right group with a militia arm testified under oath that Kristi Burton Brown led the organization prior to becoming the Colorado Republican Party chairwoman.

Burton Brown and the Colorado Republican Party did not respond to 9NEWS’ questions about FEC United, an election rigging conspiracy theory group, and its affiliated militia, the United American Defense Force.

The extent of Burton Brown’s involvement with FEC United was revealed by the group’s founder Joe Oltmann and current president, Stuart Butler, in sworn depositions in September and August, respectively.

Oltmann and Butler were testifying in a lawsuit brought by an employee of Denver-based Dominion Voting Systems. Oltmann has alleged, without evidence, that he overheard an Antifa conference call discussing election rigging with the Dominion employee.

Oltmann testified that Burton Brown was president of FEC United in November 2020 while serving as vice-chair of the Colorado Republican Party and left FEC United to run for state party chair. She was elected to lead the state party in March 2021.

Butler also testified that Burton Brown was president of the organization in November 2020 and said she was no longer affiliated with the group.

FEC United has promoted former President Donald Trump’s false claims of election rigging and expanded the claims to say that Democratic Colorado Gov. Jared Polis is in office because of election fraud engineered by Dominion.

The group’s affiliated militia, the United American Defense Force, has a stated mission to “defend and protect what is ours.”

The extent of Burton Brown’s connections to FEC United and the United American Defense Force were unclear until the release of the depositions, which were first reported on by the Colorado Times Recorder.

Burton Brown outlined plans for a “Law & Policy Center” at FEC United, which she and Oltmann said could be used to sue teachers who upset parents or sue journalists over unfavorable coverage. Burton Brown did not respond to questions about whether she ever filed suit against anyone on behalf of FEC United.

Oltmann described Burton Brown’s work as “basically the foundation of what we’re doing as an organization.”

Burton Brown’s invitation to the audience to join FEC United was followed by a pitch for the militia.

“They might outnumber us but they’re not going to outgun us,” organizer John “Tig” Tiegen said to cheers from the crowd.