The state was like, "Yeah, it's huge. Let's just leave it there." 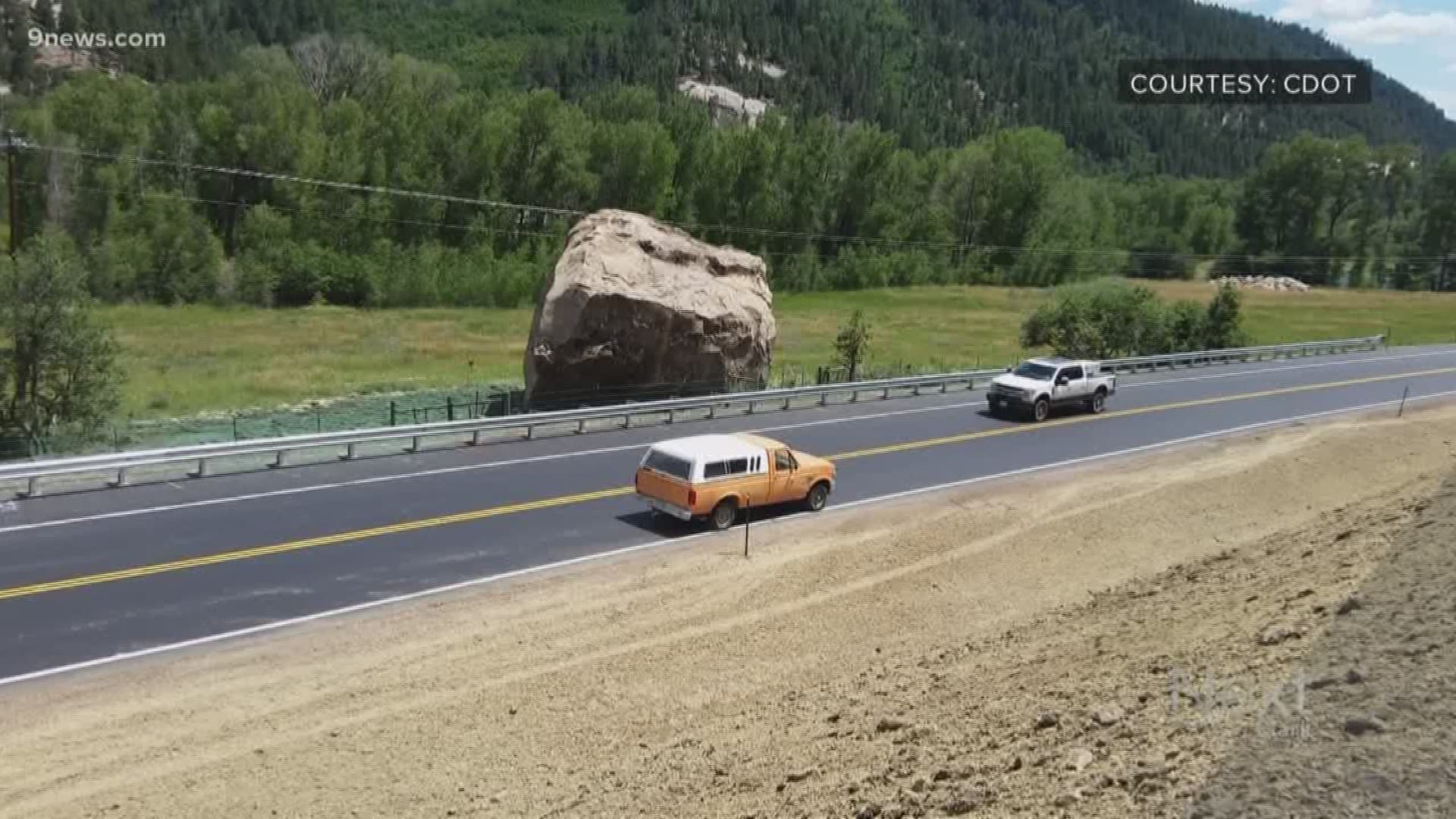 MONTEZUMA COUNTY, Colo. — Remember when that really big rock fell on a road in southern Colorado and the state was like, "Yeah, it's huge. Let's just leave it there"?

Memorial Rock sits on the shoulder of Highway 145 near Dolores. CDOT spent the last nine weeks rebuilding a road around the rock that destroyed the highway.

The rock was part of a slide that left an 8-foot trench in the highway about 12 miles north of Dolores on May 24.

The original plan was to blast the rock along with a few smaller rocks. Instead, Polis said it will be called Memorial Rock, since it landed on Memorial Day, and it will be a permanent fixture in the area.

The entire process, from blasting the rocks after the slide in May to the road reconstruction, cost just over $1 million.

RELATED | Next Question: Did the massive rockslide near Dolores register as an earthquake?