That's a Job: Explaining the role of a closed captioner

Stacey Potenza lives in Limon, connected to the rest of country through the interstate that forms its northern border, and connected to anyone in the world through a computer in her home office. 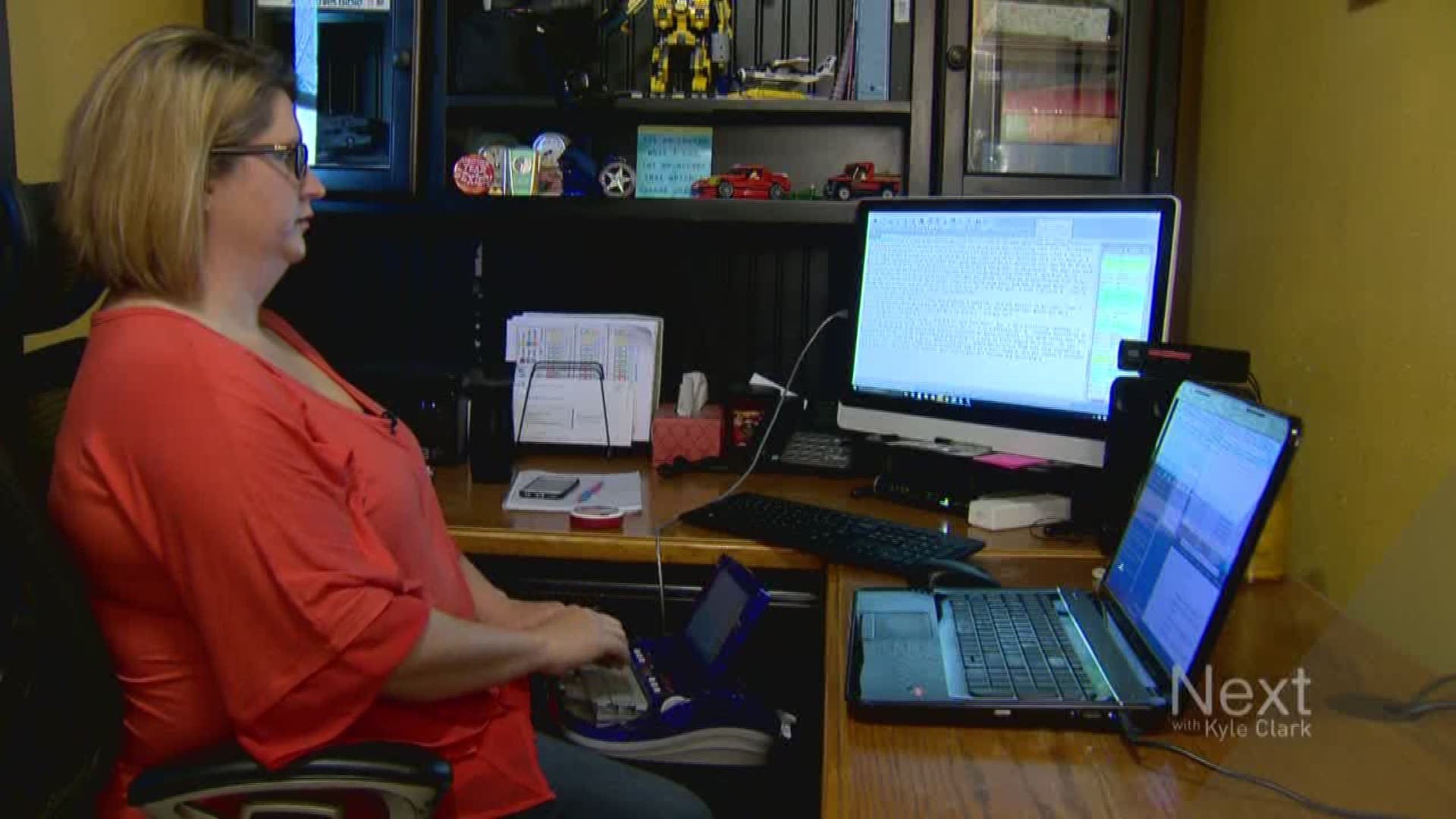 We've been told that Next occasionally airs in bars. And the people watching in bars probably see Kyle's face but can't hear his voice, and instead, read the closed captioning at the bottom of the screen.

Well, People Watching Next in Bars, did you know it's not computer generated?

The words are the fine work of a real live human, like Stacey Potenza, who lives in Eastern Colorado and watches TV like it's her job. Ya know, because it is.

Potenza lives in Limon, connected to the rest of country through the interstate that forms its northern border, and connected to anyone in the world through a computer in her home office.

“I don’t think, outside of a few close friends in Limon, anyone in my town even understands how it works.” she says.

That's probably true for most people.

"Live TV like news, sporting events, conferences – anything that’s live – chances are it's somebody sitting at home in their pajamas (who's typing it),” Potenza says during our interview, when she was captioning for a student in a classroom at CU. “I also love getting to be a perpetual student, getting to learn something new, whether it’s through classes or even newscasts, and specialty shows across the United States.”

Potenza and other captioners have to be certified at 225 words per minute, and but she can go up to around 300 word-per-minute bursts if she needs to. The average single speaker rate of speech is around 180 words a minute, but things get complicated with speedy talkers, or multiple speakers. We put her to the test with Kyle Clark's commentary about snow on patio furniture, and she stayed around 220 the entire time.

You might think technology would be threatening her job. After all, that Siri is getting pretty good.

“She’s pretty good, though. Anybody who has an iPhone and talks to Siri knows how frustrating it can be to try to get her to hear exactly what you’re saying.”

Captioners used phonetic keyboards that type by the syllable, instead of by the letter. Each key represents a letter, and combination of keys will type a letter that isn't represented on the 22-key keyboard. The job requires just as much skill in listening as it does in typing. Closed captioners actually undergo the same training as a stenographer in a court room, which is what led Potenza to this job.

Potenza says there are about 400 captioners in the United States, meaning there is a shortage of them.

If you know of someone who does a cool job that people don't know is a job, let us know. Email next@9news.com or get our attention with the hashtag #HeyNext.