That's a Job: The guy who paints the backdrops for concerts

Maybe you hadn't thought about who is responsible for painting big stage backdrops for famous bands. 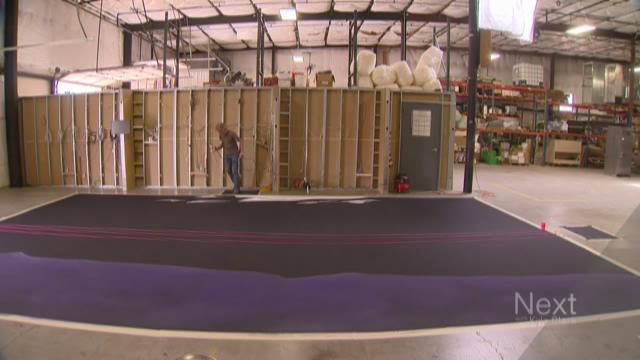 We like introducing you to people here on Next who have unique jobs. They get paid to do work, that perhaps, you hadn't even thought about.

RELATED: Guy in Fort Collins is a 'cheesemonger'

RELATED: Explaining the role of a closed captioner

For example, maybe you hadn't thought about who is responsible for painting big stage backdrops for famous bands.

"I love to paint. I've always been a painter, one way or another" says Jeff Alumbaugh of Rock City Backdrops. He's one of those guys that makes those things.

We caught up with Jeff, at the start of a 30-by-20 foot canvas for Jack Russell's Great White, something he calls a "medium size" backdrop. His large pieces are twice the size. Donned in his cowboy boots, which is his typical painting uniform, he told us this is the fun part.

"It's kind of your free will. You can just kind of have fun with it, and you're not having to be so exact because it's only a background scene," he says. "Stuff like this, you can just have fun. If you mess something up you can fix it pretty easy."

He paints the backdrops you see at concerts

1 / 11
<p>Jeff Alumbaugh of Rock City Backdrops paints the stuff you see behind your favorite bands at concerts.</p>

Good thing, too, because Jeff has stood in the middle of a canvas and spilled the paint before. Hopefully that is not the case today. He estimates this to be a two-day job, which needs to be finished before the band starts a tour on Friday in Ohio.

"There's a lot of times, the deadlines are so tight, that I actually jump on planes to go deliver to the concerts. Especially on big (projects), the overnight shipping is so expensive, I can jump on a plane cheaper than I can ship it," he says.

His pieces have been all over the world, commonly for 80s metal bands, like Tesla, Survivor, Anthrax, Foghat, and even Smashmouth. They're bands that aren't using screens and technology for concerts.

People usually gives Jeff a puzzled look after he says what he does for a living. It's a job he's had since he was 21-years-old.

"It looked like my first backdrop... I wish I had pictures of that backdrop. I have pictures of almost everything else, but, I didn't know. I didn't know to take a picture... I had seen my artwork hanging behind the band, and they were a good band. Everybody was up having a good time, and that's where I got that bug."

Jeff describes himself as someone who is determined, who doesn't know how to quit. He says it's something he won't give up.