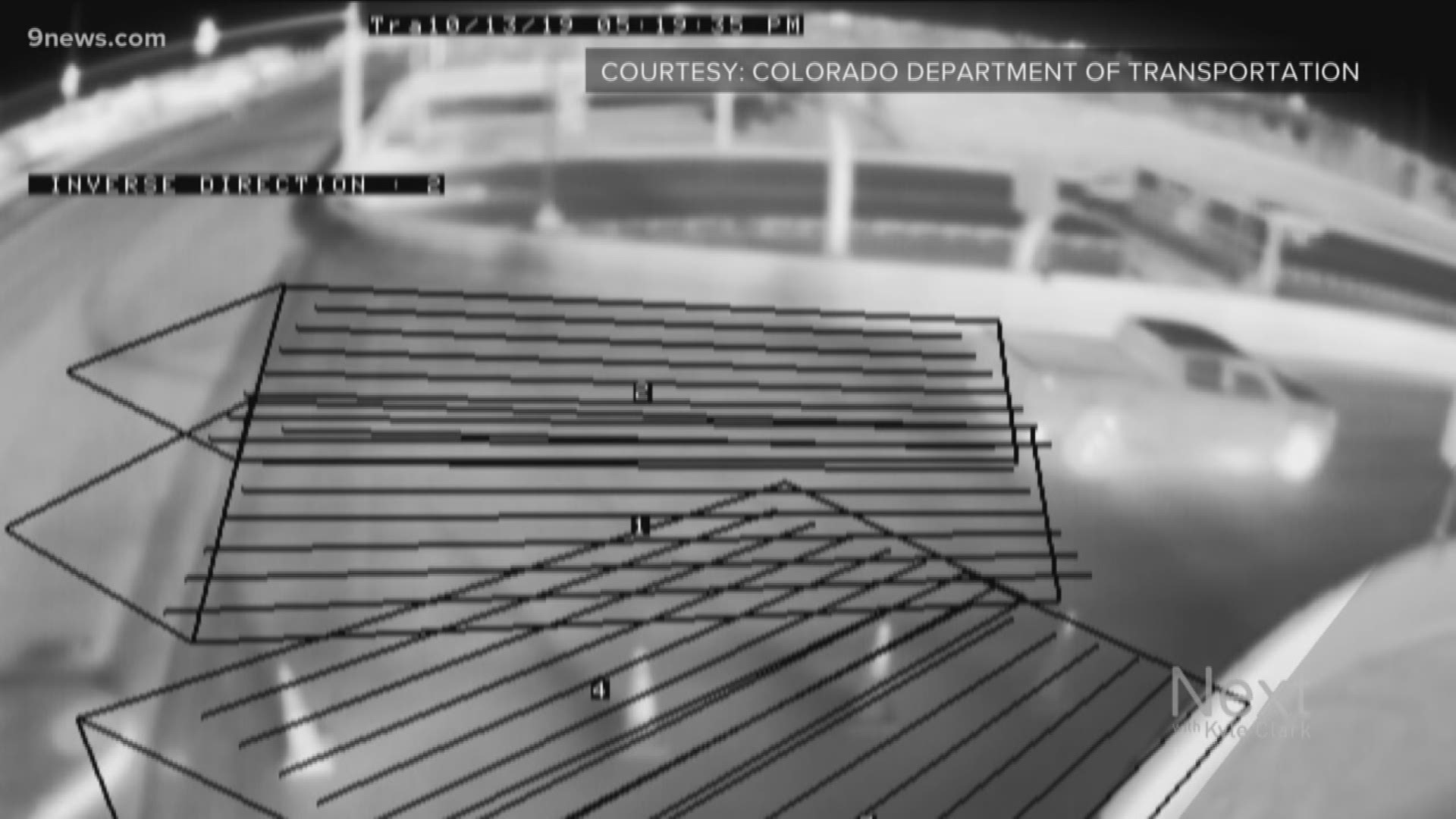 DENVER — In previous technology spending, the Colorado Department of Transportation has thrown money at cars that talk to the road, tubes that move people at high speed and pavement that charges electric cars as they drive.

In future technology spending, CDOT will focus more on the now, and not The Jetsons. That includes the $13,000 spent on a new wrong-way detection system at I-25 and 70th Avenue.

CDOT has installed a new sensor system that triggers "Wrong Way" signs to light up if a driver enters the 70th Avenue HOV lane on-ramp, when the HOV lane is moving the opposite direction.

The system also alerts CDOT to a wrong-way driver.

"In just the couple months since we've been testing out these cameras, we've prevented, I believe, four wrong-way incidents," said CDOT Executive Director Shoshana Lew. "This is very cost-effective technology. The cameras themselves, plus the signage, that package together is about $13,000 a unit."

Compare that to the $65,000 CDOT spent on the Arrivo study. Remember Arrivo? Of course, you don't. It's the failed Hyperloop-inspired test track that was supposed to transport passengers at high speeds in levitating pods.

RELATED: Hyperloop-inspired test track in Colorado is no more after Arrivo shuts down

Then there's the $149,000 CDOT spent studying pavement that could allow an electric car to charge as it moves. That project failed due to financial difficulty.

"It means we're looking at ways to move people better through traditional and non-traditional means. New technologies, but also things you're used to like buses and biking and walking," said Shulman.

Later this week, Shulman will ask CDOT's Transportation Commission for $2 million it has previously set aside to partner with Panasonic and get software to analyze car-to-road data.

"We have physical units that are currently, or are being installed, along our interstate system that connect to vehicles and we get some sources of data from that, but right now, we are working on the next step of that, which is really building the software to be able to view that data and utilize it in the most useful way possible," said Shulman.

"These are all CDOT vehicles, we don't have any personal vehicles on our system right now," said Shulman. "We certainly see a lot of potential from a congestion-reduction standpoint and from a safety standpoint. The vision of the future is that you could use these technologies, both connected and autonomous vehicles, to improve safety."

CDOT also has a less flashy future planned for technology.

"Electric vehicles [are] a major focus of the new administration. I think you're going to see more and more electric vehicles available for purchase here in Colorado," said Shulman.

But how do electric vehicles relieve congestion and make roads safer?

"No, I don't think an electric vehicle alone solves congestion, I think it's all of these tools, like transit and getting people to carpool and get out of their individual car, that helps with congestion," said Shulman.