The man who made all the noise complaints against Denver's airport

Based on the airport’s numbers, Peterson called 3,545 times to complaint about the noise in 2015, alone. 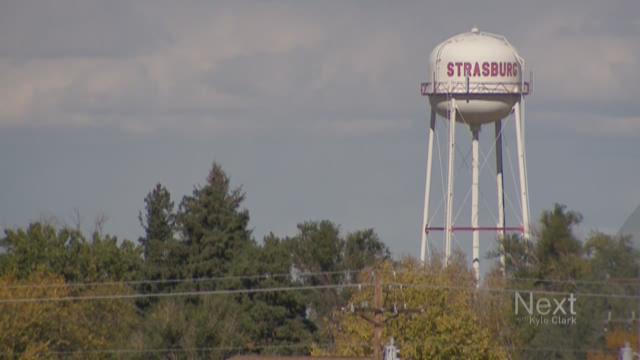 Like most people, Michael Peterson asked about the noise on his street before he moved to Strasburg, Colorado. The neighbors didn’t think much of it.

Twelve years later, noise is a way of life for Peterson.

Peterson lives in northern Strasburg, just over 16 miles from Denver International Airport. He guesses that on a busy day, only about 50 cars drive in front of his house. The number of airplane fly-bys is probably too high to count, but Peterson might come close.

He carries around a notepad and jots down each time the noise of an airplane disrupts his day, so he can report the racket. Based on the airport’s numbers, Peterson called 3,545 times in 2015 alone, and averaged 9.7 calls a day for the year. Peterson and three others collectively account for 96 percent of the complaints, and he alone accounts for 73 percent.

“When I hear that, I think, you know, am I crazy to do this?” he laughed, talking to 9NEWS. “But then, you know, when the aircraft starts flying over every two minutes for an hour-and-a-half, and how annoying that is, I’m justified in making my complaints, even if nothing happens. That’s what the system is for.”

He wasn’t too sure if those numbers were true. He called some days more than others, until a year ago. Now he makes complaints online, without knowing if change will ever come from it.

“I always have hope. But I don’t know if it’ll change anything or not. It doesn’t seem to. I guess it just gives me a voice, of how dissatisfied I am with the number of aircraft that fly above,” he says.

The town of Strasburg sits about 30 miles from DIA. People there describe it as a “quiet country town” with “less commotion.” As “sleepy.” As a place where trains and cows make the noise. But Peterson insists flight patterns send planes directly over his home, and at low altitudes.

“(The airport) called back about three times,” Peterson says. “First time was concerning two aircraft that were really, really close. I think his name was Mike. And he said, ‘Well, you know, you’re making a lot of complaints. More than anybody else.’ And this was many years ago. I don’t remember how many. He said, ‘Maybe you should try to cut down on your complaints. It’s not going to do any good.’ And I said, 'Well, yes that’s what I expect you to say.'”

The airport reached out to 9NEWS to say they would never tell someone not to complain, but staff has explained that sharing the same complaint repeatedly offers little value:

"Continuing to send thousands of identical complaints doesn’t tell us anything we don’t already know about his situation. The most useful information for us is if people let us know when something out of the ordinary is happening, either worse or better from their perspective. That information helps us to track down unusual events that are not within the normal daily traffic flow, and sometimes we can do something about those or at least find out why they occurred."

DIA lived on the plains before Peterson did. It moved from Stapleton in 1995. In Peterson’s ears, the clamor from the airport has grown since then, but he admits he might be sensitive to it. Even so, he and his wife can’t yet come up with a reason to move further East.

“We really like the location. We like the view. From our home I can see the entire Front Range, and that’s worth something to us. That’s something I consider all the time.”

The woman who made the second-most calls lives in Aurora. She made it up to 679 last year.