A federal judge in Philadelphia ruled a supervised injection site there would not violate federal drug laws. That gave a jolt to the discussion in Denver. 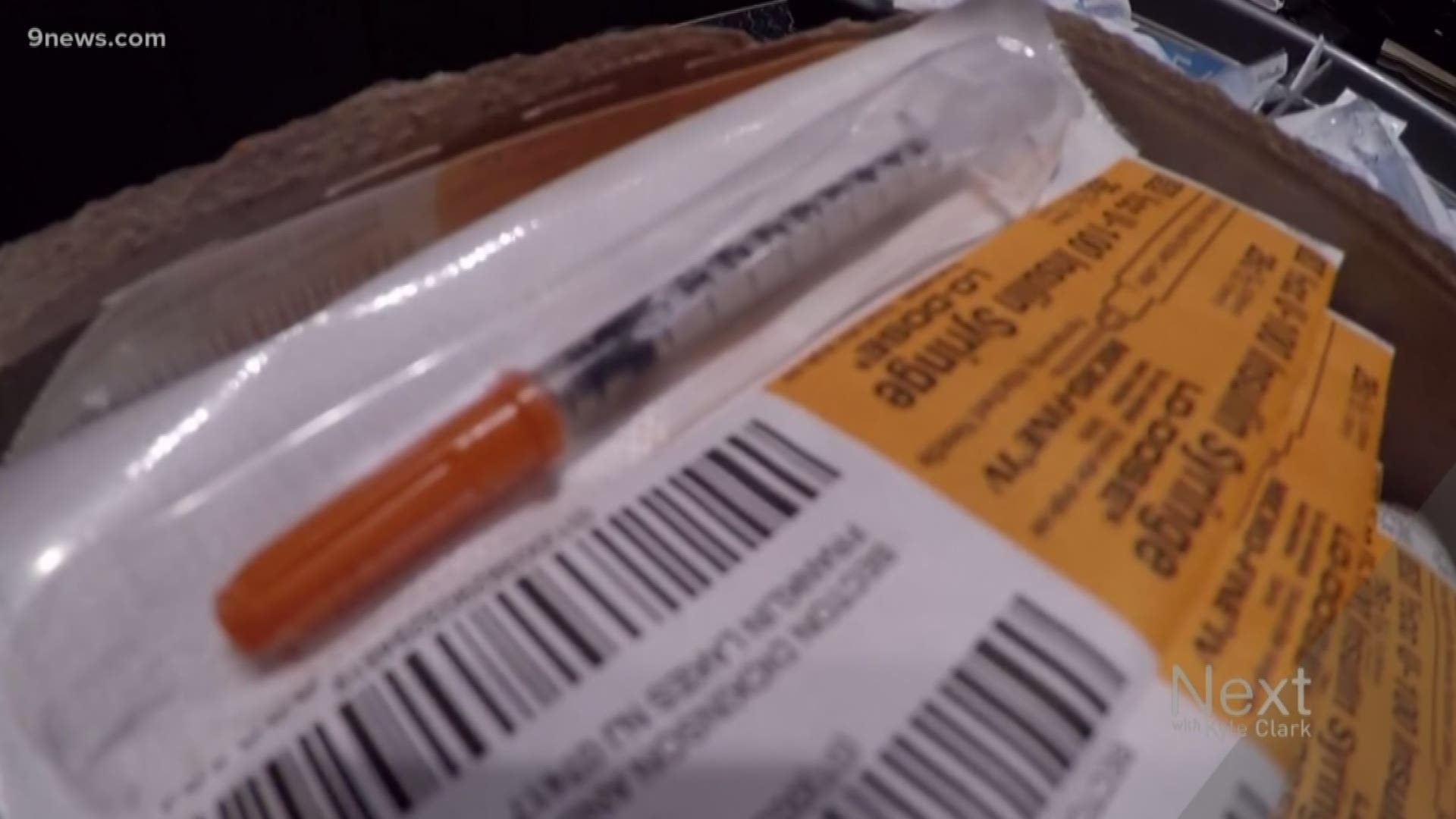 DENVER — Advocates who support a supervised injection site in Denver are finding motivation and hope after a federal judge's ruling.

In Philadelphia, the judge ruled last week that a supervised injection site there would not violate federal drug laws. U.S. District Judge Gerald McHugh Jr.'s decision could clear the way for Philadelphia to open the first site like it in the United States, therefore allowing the supervised use of drugs and providing medical help nearby if a person overdoses.

"McHugh said there’s no evidence that Congress intended 1980s-era drug laws to cover sites where people could inject drugs and have medical help nearby if they need it," the Associated Press reported.

The issue has been a divisive one that's sparked controversy in several cities that have considered similar proposals, including Seattle, New York, San Francisco, and of course, Denver.

Plans to pass a bill that would make way for the facility in downtown Denver stalled at the Colorado state capitol in February.

RELATED: A supervised injection site would likely go next to Capitol, lawmaker says

"If stigma and shame and incarceration worked with drug use, we would have wrapped this up years ago. All that's done is drive use underground and people have gotten preventable diseases," said Lisa Raville with the HARM Reduction Action Center in Denver.

Raville said the conversation among advocates for this idea never stopped, and that the federal judge’s ruling was a jolt for the movement.

"I jumped up and down and clapped my hands," said Raville. "This is really great for the United States national harm reduction movement."

In November, in a 12 to 1 vote, Denver City Council passed an ordinance that would allow the city to set up a safe injection site, with advocates hoping it would reduce drug use in public areas like parks and alleys. Supporters also said it would help save lives, since there would be medical help nearby, and it would hopefully stop the spread of diseases, as well.

Opponents were worried that a supervised site would encourage drug use. Some lawmakers said they heard from concerned parents who didn't want the injection site and questioned how effective similar programs have been, like the one in Vancouver, B.C.

RELATED: How supervised injection sites would work in Denver

RELATED: What's happened in Vancouver since the city approved supervised injection sites in 2003

However, for a site to open, state lawmakers had to waive a nuisance ordinance, so the property wouldn't be shut down for drug use.

That didn't happen. The bill was abandoned during the last session by Democrats because of faltering support. Democrats control both houses of the Colorado legislature and would not have needed a single Republican vote to pass the bill.

Monday, State Senator Brittany Pettersen (D-Lakewood) said the federal ruling is an important first step "in recognizing this is about saving lives, and has nothing to do with incentivizing drug use."

She also said her previous worry still stands -- that the discussion around a supervised use site is so divisive, that it may bolster stigma for a vulnerable population.

Currently, Pettersen said no bills are being drafted to reintroduce legislation that would allow for a supervised use site in Colorado. She believes there is a lot of work that needs to be done to educate enough people and build enough support to understand the concept around a facility like this.

Instead, Pettersen said her focus is on crafting legislation with a much wider impact on prevention, education, treatment and recovery services for the upcoming session in January of 2020.

RELATED: How copays are contributing to the opioid epidemic in Colorado

While it’s unclear if, and what kind of impact, the Philadelphia ruling could have in Colorado, State Representative Leslie Herod (D-Denver) said it wouldn’t be a direct impact, since the ruling was made out of state.

She did say, however, the decision is an important one for advocates, no matter the state.

"It does provide momentum," she said.

Herod echoed that there is no legislation currently being crafted regarding supervised use sites, but said that the conversation among lawmakers is on-going and a bill would only be introduced if there is support.

"We will introduce a bill, I think, if the votes are there," she said.

Even if the state and city agreed, there was the issue of the feds, who previously issued a scathing reaction to the idea of supervised injection sites. In a joint release from the United States Attorney's Office for the District of Colorado and the Denver Field Office of the Drug Enforcement Administration, officials said the site would be illegal under federal law, with potential penalties including fines up to $250,000 and up to 20 years in jail for people who own, manage the site or utilize it.

"The decision by a District Court in Pennsylvania is not binding in Colorado, and is likely to be appealed by the Department of Justice.  This office maintains that any premises intended to be used as a so-called injection site for illegal drugs violates federal law, and we will continue to act accordingly."

As for the city council ordinance, it still stands, according to Denver City Councilman Kevin Flynn, the only "no" vote last year. He said he would prefer a different approach to help battle the opioid epidemic, including distribution of free naloxone, an antidote to overdoses that's also known as Narcan, to families, nonprofits and businesses.

RELATED: What is naloxone and how does it work?

Flynn said the state would still need to pass legislation if supervised use sites came up again.