U.S. Immigration and Customs Enforcement (ICE) released the number of people detained in Colorado and Wyoming since 2013. 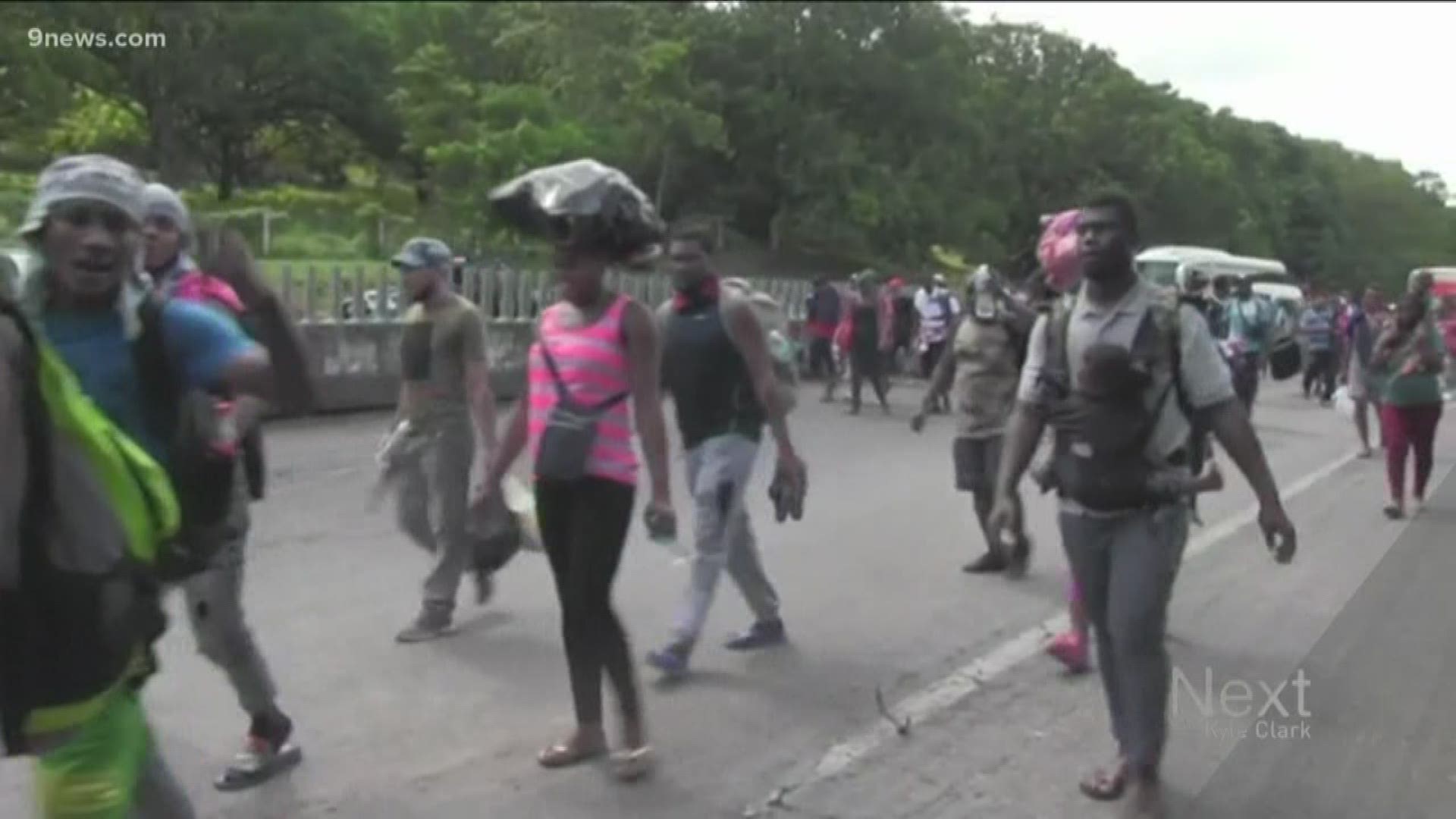 DENVER — Listen to the red-hot rhetoric about immigration and you might think we're seeing either unprecedented numbers of people here illegally or people being detained by U.S. Immigration and Customs Enforcement (ICE).

We got our hands on the actual immigration detention numbers for Colorado and Wyoming and they tell a different story.

ICE released the number of people their officers have detained in the Denver area of responsibility since 2013. This includes both Colorado and Wyoming and spans both the Obama and Trump Administrations.

In a statement via e-mail ICE said:

"U.S. Immigration and Customs Enforcement (ICE) detains individuals pending their removal (deportation) from the U.S. ICE detainees are housed in a variety of facilities across the Denver Area of Responsibility (AOR), which includes Colorado and Wyoming. These detention facilities include local, county or state facilities contracted through Intergovernmental Service Agreements, and contractor-owned-and-operated facilities, such as the Aurora Contract Detention Facility in Aurora, Colorado. To accommodate various operational demands, ICE routinely transfers detainees within its detention network based on available resources and the needs of the agency."

On a national level, online ICE statistics indicate a similar pattern for the same time frame when it comes to deportation.

In 2017 the president signed an executive order that expanded who was a priority to be deported.

"None of these year to year changes is a result of a single policy change," said Hernández. "The fact is people are more complicated than that."

The Pew Research Center said the year 2000 still holds the record for the most number of apprehensions with more than 1.6 million, around double the number of people arrested in the last year.

Hernandez said as political instability and violence plagues countries in Central America, people will continue to try and cross the border.

Hernández said there have been some changes in Mexico, which historically has been the primary source country of immigration to the U.S. He said Mexico's economy is slowly getting stronger and their demographics have also changed.

"Fewer reaching adulthood, working-age," he said, "It's a product of their demographic trends in Mexico."

Hernández said because fewer babies were born in the 1990s there are fewer people who are of working age now, which is typically the group of people looking for opportunities outside of their country.

Hernández also said Mexico changed how it patrols its own borders, using the country's national guard to patrol the Mexico-Guatemala border as well as check-points deeper inland to try and stop people from crossing into Mexico who may be on their way to the U.S. Hernández said those changes started under the Obama administration.

Hans Meyers, a local immigration lawyer, said they've seen their caseload go up as much as 40% in the last two years.

He believes rhetoric has played a role in scaring people away from trying to enter the U.S as well as accessing the U.S. immigration court system, which is facing a backlog.

Meyers said the demographics of the local ICE detention facilities in Colorado have also changed over the years. Historically it housed more people who lived in the country for some time and then were arrested. Meyers said in the last year or two that changed and more people arrested at the U.S. southern border have been transferred to Colorado and Wyoming.