The story of Denver's Chinatown ended with the city's first race riot on Oct. 31, 1880 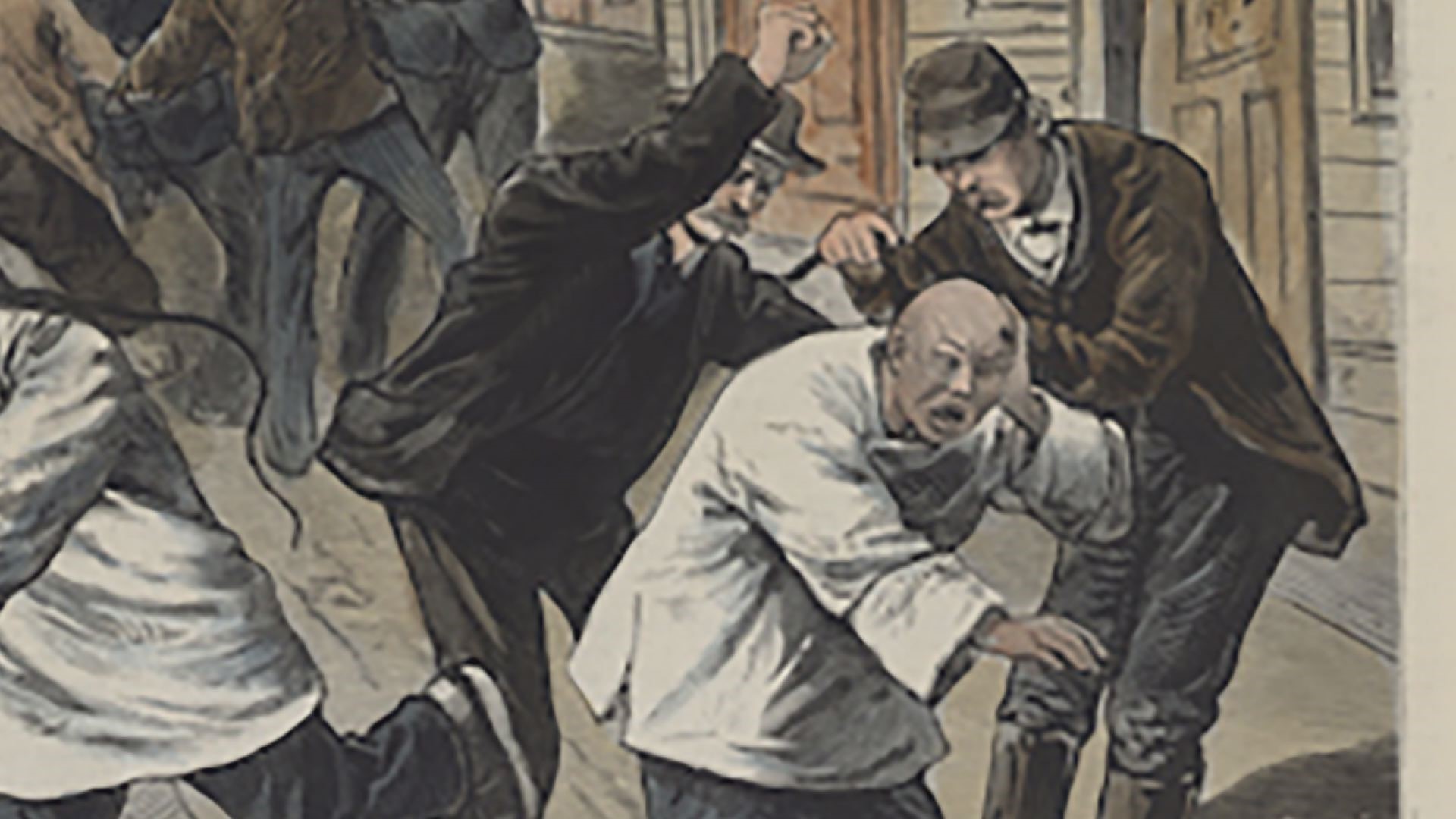 DENVER — Denver's lower downtown, known today as the LoDo neighborhood with a major league ballpark, bars and apartments, was once where this city's Chinatown existed.

According to History Colorado, Denver's Chinese population was scant prior to 1870, but immigrants looking for railroad and mining jobs came to Denver to earn a living.

“At that time Chinatown was essentially a working-class community,” Colorado State Historian and author of Asians in Colorado, Dr. William Wei, said to Next with Kyle Clark.

“There were many Chinese who were working in the mining industry,” said Wei. “Like other miners, they would come to Denver for rest and recreation.”

About 500 Chinese people lived in Denver's Chinatown at its peak, according to Wei. They lived in the heart of the city because of its centralized location.

But not everyone in Colorado favored the addition of a Chinatown.

Chinese immigrants worked hard, were reliable, and often worked for lower wages than other immigrant populations, Wei said, leading to competition for work.

“There was the Chinese Question -- the issue of the importation of Chinese labor viewed as unfair competitors by white workers, and the demand to exclude them from the country,” he said.

Chinatown also gained a reputation for its opium dens and was called Hop Alley.

Then, in 1880, America was set to elect a new president. Republican James Garfield squared off with Democrat Winfield Hancock.

The issue hit home for many residents of the American West, including Colorado. On Oct. 30, 1880, Garfield’s opposition held an anti-Chinese parade in Denver.

Tensions between the Chinese and the rest of Denver came to a head the next day. At around 2 p.m. on Oct. 31, two white men drunkenly stumbled into a Wazee Street saloon.

“One of the drunken individuals struck one of the Chinese initiating the riot,” explained Wei. “That attracted 3 to 5,000 Denverites to descend upon Chinatown.”

The small Denver police force couldn’t manage the mob. The fire department tried to assist by spraying the mob with fire hoses, but that only enraged them more.

Hundreds of Chinese were arrested in the riot. Police told them it was for their own protection.

One man, Sing Lee, was killed. The mob brutally beat him and hanged from a lamppost.

“It’s surprising that only one person was killed, but I have to say it wasn’t for lack of trying,” said Wei. “They were intent on killing as many Chinese as they could.”

Some media portrayed the Chinese as instigators of the event.

“The Rocky Mountain News was anti-Chinese,” explained Wei. “As far as they were concerned, this was justified, and their portrayal tended to blame the Chinese for it rather than the unprovoked attack against the Chinese.”

According to History Colorado, Chinatown business owners and residents lost more than $53,000 worth of property.

WATCH: What happened to Denver's Chinatown?

Denver’s first race riot was that day. It was just one of more than 200 across the American West around that time.

It led to the passage of the Chinese Exclusion Act of 1882, which prohibited the immigration of Chinese laborers.

“This was very significant in U.S. history because it was the first such act that singled out a group of people for exclusion,” said Wei. “It also signaled the end of free immigration to the United States. Ever since then our immigration policy has been a restricted one.”

This act was fully retracted with the passage of the Immigration and Nationality Act of 1965. In 2011 and 2012, the U.S. Senate and House of Representatives respectively passed resolutions officially condemning the Chinese Exclusion Act.

“As a democracy, we should be willing to come to terms with the truth and to try to rectify injustices of this sort. An apology is great,” said Wei, with a sarcastic laugh. “2011 [was] a long time coming, but never the less it’s a recognition of a mistake.”

Wei believes looking at events that happened nearly 130 ago helps us recognize the cyclical nature of life.

“I think hindsight really is foresight. To view immigration as objectively as possible rather than to be influenced by a lot of the political rhetoric that surrounds us.”

Today, the only evidence of Denver's Chinatown is a plaque on a wall at 20th and Blake streets.

"During the 1860's the first Chinese settled in Colorado, drawn here by the completion of the transcontinental railroad, as well as by other demands for cheap manual labor. Existing amidst persecution, poverty and wretched living conditions, the Chinese worked mostly in laundries, as house servants and in the mines. The Chinese neighborhood was bounded roughly by Blake and Market, 19th and 22nd streets, and contained about 500 Chinese. By 1880, the ctiy had 17 known opium dens in this area, where one could 'hit the pipe' or 'suck the bamboo.' 'Hop' Alley buildings were said to be connected by tunnels and secret rooms accessible only by trap doors. Hostilities between the Chinese and other immigrants intensified as competition for jobs increased and negative publicity about opium dens filled the local press. On October 31, 1880, in John Asmussen's Saloon, located on the 1600 block of Wazee, an argument broke out between two pool-playing Chinese and some intoxicated whites. When the Chinese slipped out the back door, they were attacked and beaten, beginning Denver's first recorded race riot. About 3,000 people congregated quickly in the area, shouting 'Stamp out the yellow plague!' Destruction of the Chinese ghetto ensued. Several white residents showed remarkable courage in protecting to Chinese. Saloonkeeper James Veatch Sheltered refugees, as did gambler Jim Moon and Madam Lizzie Preston, whose girls armed themselves with champagne bottles and high heels to hold the mob at bay. Many were injured, and one Chinese man lost his life. Despite 150 claims totaling over $30,000, no Chinese were ever paid for property or business losses, nor did this dark day end Denver's struggles with the underlying issues of racial prejudice."

As Wei told Colorado Public Radio, he believes the plaque was written through the eyes of a white historian, as it does not name any Chinese victims. He also noted that many of the patrons at Denver's opium dens were the white people living in Denver at the time.