The world's foremost collector of Ouija boards lives in Colorado

Bob Murch, who lives in Adams County, claims to be the world’s foremost collector of talking boards. 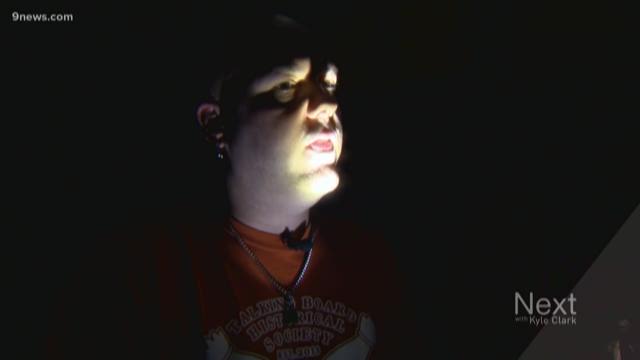 As you descend the stairs of Bob Murch’s suburban Denver home, you see black and white photos of people hunched over talking boards.

What is a talking board, you ask? Think Ouija.

Ouija is a brand name of game called the talking board, a decades-old tool originally used by spiritualists to communicate with spirits after death. Over the years, it's evolved into a darker game.

“The Ouija board answers questions nothing else can,” Murch said as he showed Next reporter Steve Staeger and photojournalist Anne Herbst around his impressive basement museum.

Dozens of boards line lit shelves down there. Murch points to original boards that were built in the early 1890s.

“I've hunted down all of the different relatives of the families that were involved with the Ouija board...first having to work with the National Archives, the Library of Congress, because there was a Witch Board sent to the White House,” Murch explained.

Murch claims to be the world’s foremost collector of talking boards. He is the chairman of the Talking Boards Historical Society, a registered non-profit dedicated toward preserving the history of talking boards and all the people who are part of that world.

“I’m all in,” he said as he continued to show off the basement. “This is like super Ouija nerdville.”

Inside is basement museum, he has grave markers from some of the creators of talking boards donated to him by family. Murch appreciates the history of the boards.

“Talking to the dead in 1890 was seen as normal,” he said. “So, if you walked into a house and you saw a whole family playing the Ouija board...you'd think cool! I'll saddle right up there and ask questions.”

But, Murch explained, as years went on and the boards shifted more into popular culture, they began to evolve. People’s view of death became much more grim.

“In 1973 something very special happens ... the Exorcist,” he said. The movie terrified a lot of America and its portrayal of a Ouija board-initiated possession made a lot of parents fearful of the boards.

“Suddenly this thing is potentially scary and dangerous,” Murch said.

He claims he’s never noticed anything strange happening at his house with all of those spirit boards laying around.

“I tell people all the time that the scariest things in this house are the people who live in it... not the stuff on the shelves,” he said jokingly.

The other person who lives in the house is Murch’s husband, Gary. While he appreciates the boards, he admits, it’s expensive.

Murch and Gary moved to the Denver area last year from Boston. Gary’s career brought him here. Murch took his non-profit on the road.

There is something of a local connection in Colorado. Murch told Next the woman who named the Ouija board used to live in Denver’s Cap Hill neighborhood at the turn of the 20th century. She’s buried here.