They're out there: A fleet of parking lot rocks is targeting unsuspecting Colorado drivers

People might have thought we were done with menacing parking lot rocks when Colorado Mills moved its troublesome boulder to a place where it couldn't bother anyone anymore. Next is here to tell you that's not the case. 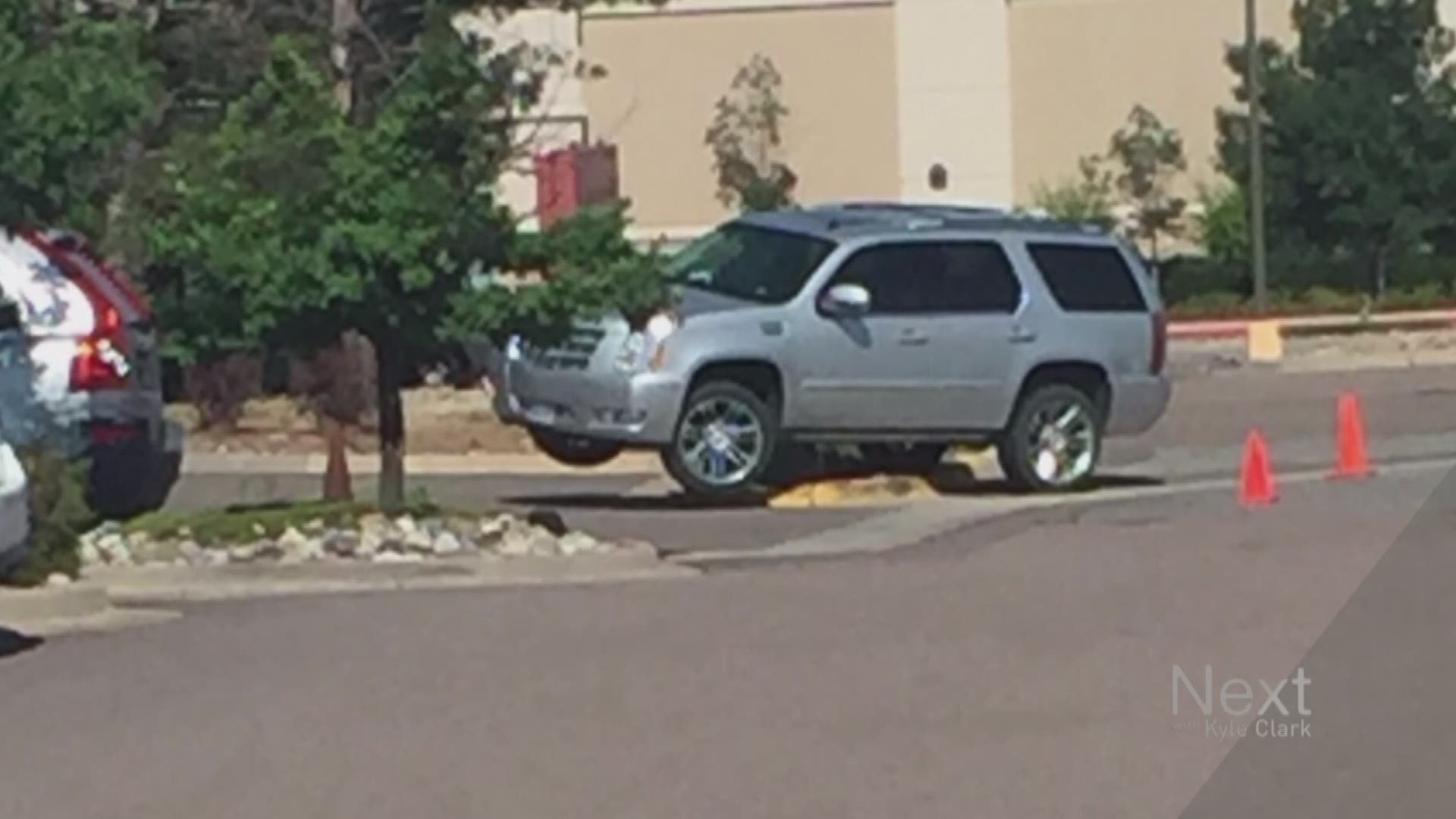 People might have thought we were done with menacing parking lot rocks when Colorado Mills moved a troublesome boulder near the Target store to a place where it couldn't bother anyone anymore.

Vehicles were no match for the Target Rock. People witnessed its power time and again, as drivers attempting one particular turn would end up high-centered on top. Next was even there in February 2017, when we watched live as the rock took out one of its victims.

Why do cars keep driving over this rock?

While the rock went to live out the remainder of its life in another area of the parking lot, Target Rock's cousins continue to taunt drivers.

Tuesday, a Cadillac Escalade got stuck on a rock outside yet another Target - this one in Littleton's Southwest Plaza.

Three viewers, who know how closely Next tracks these parking lot boulders, sent us pictures of the incident. One of them saw police putting up cones to prevent the same fate for other drivers.

This is not the first time viewers have contacted us about the lesser-known, but equally hostile Target Rock. We've been hearing about it ever since Colorado Mills removed the original. We present Exhibit A and Exhibit B.

It also seems this breed of rock is spreading. We knew the issue reached as far as Canada, where witnesses said an "angry" rock rose up against a vehicle late last year, but we hadn't heard much about locally-based rocks for a while.

Nexters, however, began sending in pictures of questionable parking lot rocks over the last few months.

This one is in the Orchard Town Center, near West 144th Avenue and Orchard Parkway in Westminster. We have not seen photographic evidence of this rock doing anything wrong, but it's clearly been knocked off its median. There's a good chance some poor soul's car put it there.

Taken July 10 near the Chick-Fil-A in the 14000 block of Orchard. There is a Target a couple of blocks away.

This is across the street from a Chick-Fil-A, but for what it's worth, there is a Target just a couple of blocks away.

RELATED | Hey, that's not where that goes!

Then there's this rock, spotted by a Next viewer in June, at a shopping plaza near South College Avenue and East Drake Road in Fort Collins.

A rock in the shopping center at 221 South College Avenue in Fort Collins. While there does not appear (according to Google Maps) a Target within this rock's proximity, it has been painted... like a Target.

Just like before, this rock was not caught causing trouble on camera, but a giant rod with caution tape has been positioned next to said rock.

And, while we do not see a Target near this location, an actual target has been painted onto the rock.

A rock in the shopping center at 221 South College Avenue in Fort Collins. While there does not appear (according to Google Maps) a Target within this rock's proximity, it has been painted... like a Target.

Finally, it's worth noting that a similar concerning rock was spotted at East Yale and South Colorado, in Denver, back in November. Warning, the picture below is graphic.

A concering rock at Yale/Colorado: Nov. 2017

Next will continue to accept your reports about these public enemies - because even one dangerous parking lot rock is too many. Email your rock concerns to next@9news.com.