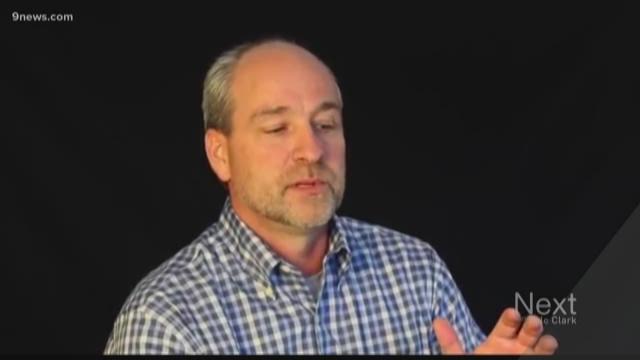 Cassie Tanner, a former legislative aide, filed her complaint with the Colorado Legislature this week.

Tanner says Lebsock, opened a button on her shirt at a bar, and told her, "That's better." She tells 9NEWS:

"I had not filed a complaint until now because until yesterday I could not recall whether the harassment occurred in 2014 or 2015.

Ironically, it was Rep. Lebsock himself who helped me determine which year the incident at 1Up occurred.

Last week, in an effort to discredit me and paint me as a liar, he shared a picture on Twitter of himself at the 1Up bar in 2014. This led me to look for pictures of the event to see if I could find a picture of myself at the event. I found a picture of myself (HERE) at the March 24, 2015 Legislative Showdown at 1Up posted on the Colorado Young Democrats Facebook page. I will never forget the shirt he unbuttoned that night so this picture confirms that it happened in 2015."

According to Tanner, Lebsock has also made remarks about her body or the way she's been dressed.

She has publicly made these complaints before, but had not put it on paper until now.

Lebsock has previously responded to the claims by Tanner, before she filed a complaint, saying he didn't see her at the bar and was busy playing Ms. Pac Man. That was before she officially said it was 2015, and not 2014.

Lebsock said he has a witness regarding the claims when he was recalling the event in 2014. He did not return Next's messages on Wednesday.

Lebsock delivers manifesto to Colorado Legislature colleagues to defend himself

Steve Lebsock: The lawmaker without a caucus