Courtney Dauwalter ran 100 miles on Saturday ... and she's already looking ahead to doing double that in September. 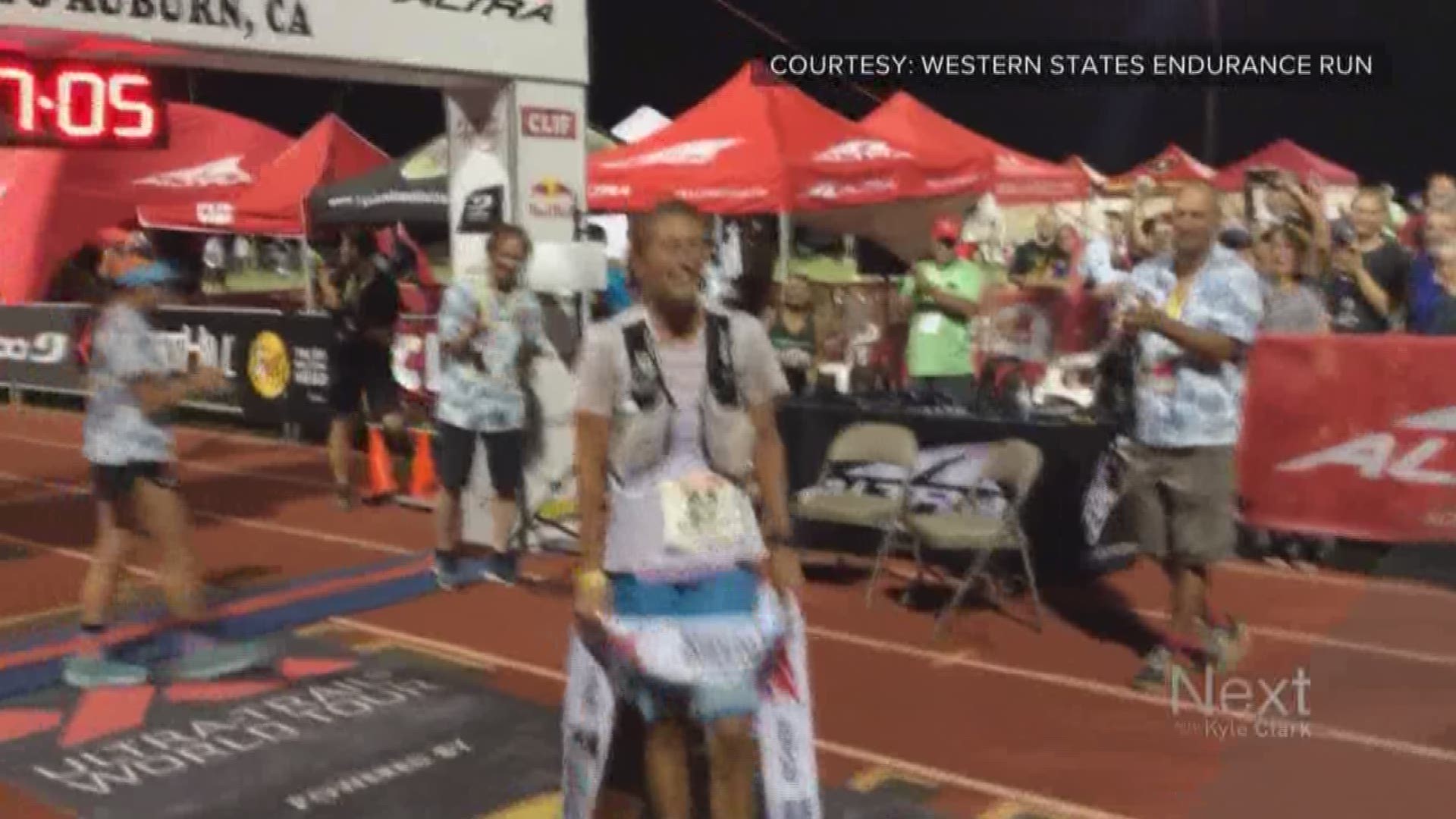 After running the second-fastest time ever for a woman at the legendary Western States 100, Courtney Dauwalter (who lives in Golden) is already looking ahead to a 200 mile race in September.

“I just keep looking for the next thing,” she said. “Like what else is possible? How much longer can I go?”

The Western States 100 is one of the most prestigious endurance events in the world. Runners brave temperatures that exceed 100 degrees in a point-to-point course that begins in Squaw Valley and ends in Auburn, California.

Along the way, runners brave river crossings, animal encounters (this year’s male winner had to stave off a mother and her cubs) and their own body’s rebellion as they run nearly four marathons back-to-back-to-back-to-back.

Dauwalter is no stranger to long distance running. She started running ultramarathons (or anything longer than 26.2 miles) seven years ago, and has won races around the world since then.

And Courtney Dauwalter was the first woman in the second fastest time ever despite scorching temperatures at the 2018 Western States Endurance Run. #WS100 https://t.co/qhE8IxjD0d

“I just keep trying to push my limits with pace, how fast I can go, and how far I can go, and how deep I can dig mentally and physically to push through some of those obstacles and that pain you feel during those runs,” she said.

To train for a 100 mile race, Dauwalter said she mainly runs … a lot.

She said she’s been logging 100-mile weeks ahead of Western States. And right before the race, since she’s not a huge breakfast person, she just downed a few cups of coffee.

On the course, Dauwalter got calories through means you might expect – like energy gels and an electrolyte drink – as well as the unexpected, namely, mashed potatoes.

This year’s Western States was especially hot, with a maximum temperature of 106 degrees. But, Dauwalter said she’ll be back … and trying to beat the course record is always a possibility.

“The woman who set the record, she is amazing and that can be a goal to aspire to for sure,” Dauwalter said.