There's a unique coffee shop in downtown Denver that isn't even a shop at all. Matthew Pendleton sells coffee out of his 1968 VW Beetle 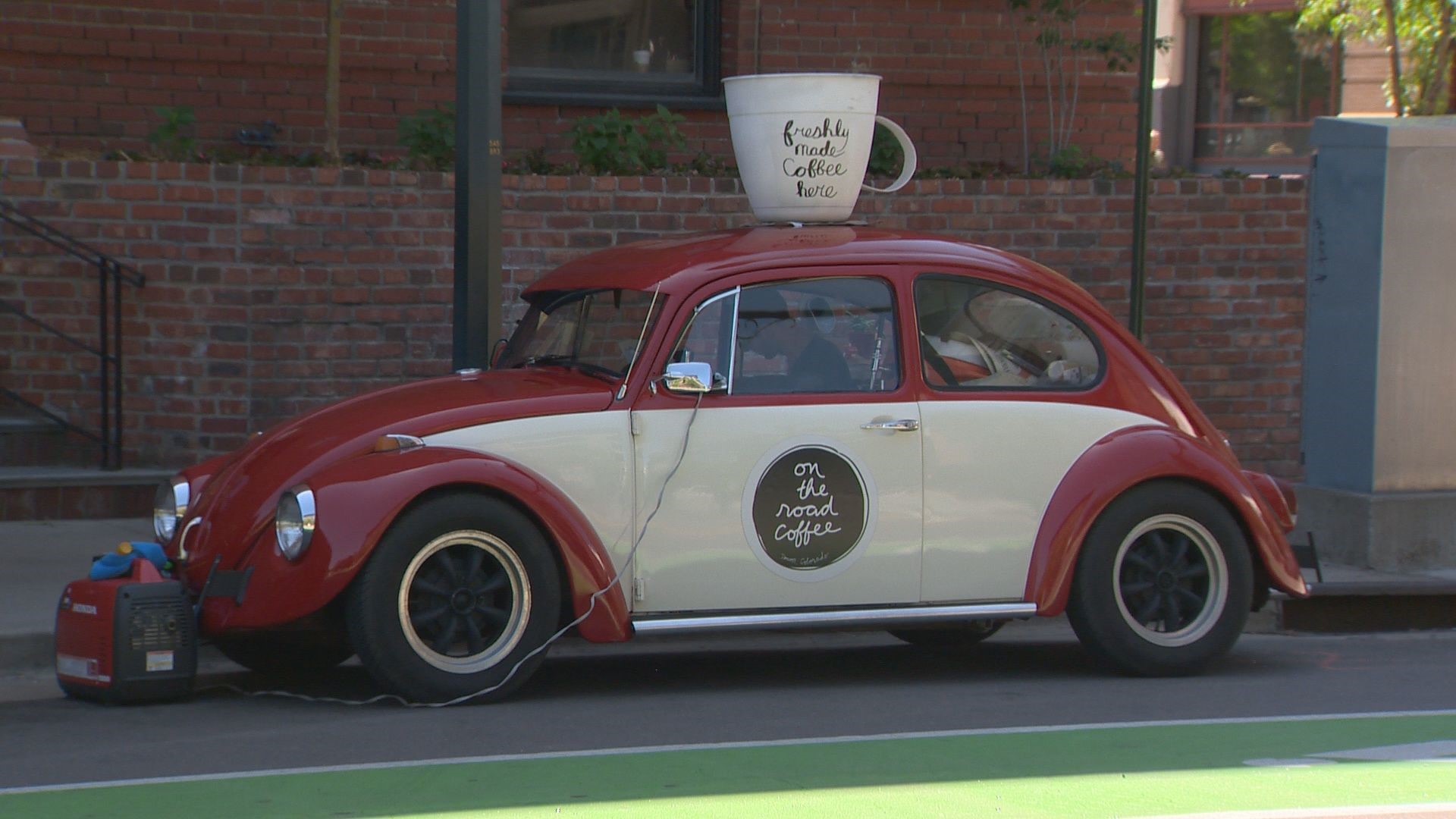 "I do have to watch how much I drink because there is no restroom in here," Matthew Pendleton said.

Pendleton opened On the Road Coffee three years ago after a trip to Thailand.

"I saw something similar in Chiang Mai," he said. "Three weeks after I got back I bought this Beetle and slowly started putting it together."

He's been selling coffee out of the vintage VW for three years now. He left a stable job to do this full time, and he makes enough money to support his true passion.

"I started this whole project so I could focus more time on artwork," he said. "I do these abstract drawings with ink or graphite. Very fine line work."

Most of his work hangs at a gallery in Santa Fe, New Mexico. Earlier this year he made enough money selling art to give him a break from coffee.

"I took six months off and just focused on artwork the entire time. Once that art money ran out the warm weather came back and it was perfect timing again," Pendleton said.

His coffee bug has turned into a piece of art in its own right. People who don't even want coffee stop by to snap pictures.

"I'd say most people love coffee and they love the old classic beetle so you can't go wrong," he said.

There are challenges to being a mobile barista.

But he said the positives of running a coffee shop out of a tiny car tend to outweigh the negatives.