This is what a Columbine victim's father said in a meeting with Pres. Trump

Darrell Scott, whose daughter Rachel died at Columbine, said it's time to "create a culture of connectedness." 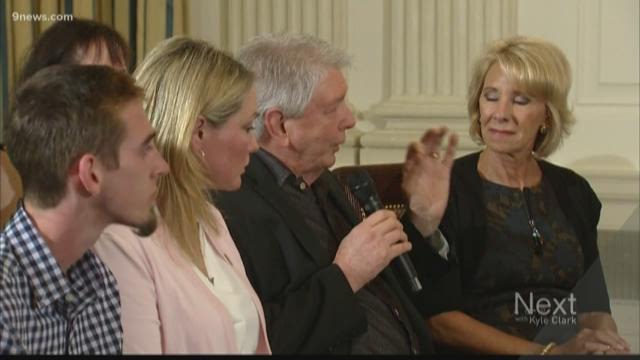 Among the survivors and victims' families who spoke directly to President Trump about mass shootings Wednesday were people affected by the massacre at Columbine.

Darrell Scott, whose daughter, Rachel, was killed at Columbine High School in 1999, told the President what he and his wife have learned since then. Specifically, he discussed Rachel's Challenge, the program his family started after Rachel's death to address bullying in schools.

"If you don't mind, I just want to share with you that we've learned over the years, as we've worked with millions and millions of young people. And it comes from something you said last week in your speech, and it was that we must create a culture of connectedness. We must create a culture in which our classmates become our friends. That's something we've learned how to do over the years. We have over 28 different programs, and we see children connect with one another. Every single one of these school shootings has been from young men, who are disconnected. And we talk a lot about the mental health issues, but it actually goes deeper than that. There's a lot of mentally ill children that are kind and compassionate. And so, we work with those children every single day of the school year, but there's always the one with the propensity to violence. So, one of the things we have learned, and we train children and we train teachers, the focus must not be on just unity or diversity. Because if you focus too much on diversity, you create division. If you focus too much on unity, you'll create compromise. But if you focus on relatedness, and how we can relate with one another, then you can celebrate the diversity, and you can see the unity take place. I'll for diversity. I'm all for unity. But the focus really needs to be on how can we connect." 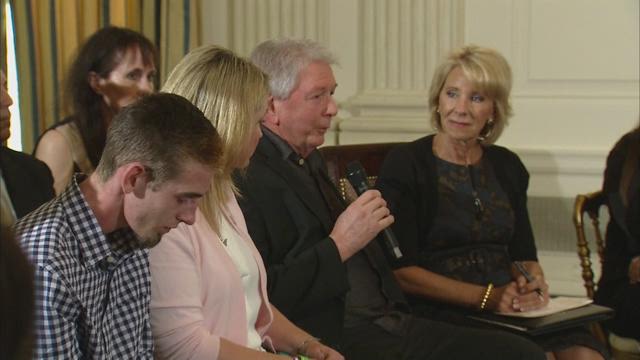 The listening session with President Trump lasted more than an hour, and included people connected to the Sandy Hook shooting and the Parkland, Fla. shooting, as well.