John Hickenlooper 'didn't stick the landing' when Brother Jeff asked what NAACP stands for. Jeff said it's OK to not know, but this is why he keeps asking anyway. 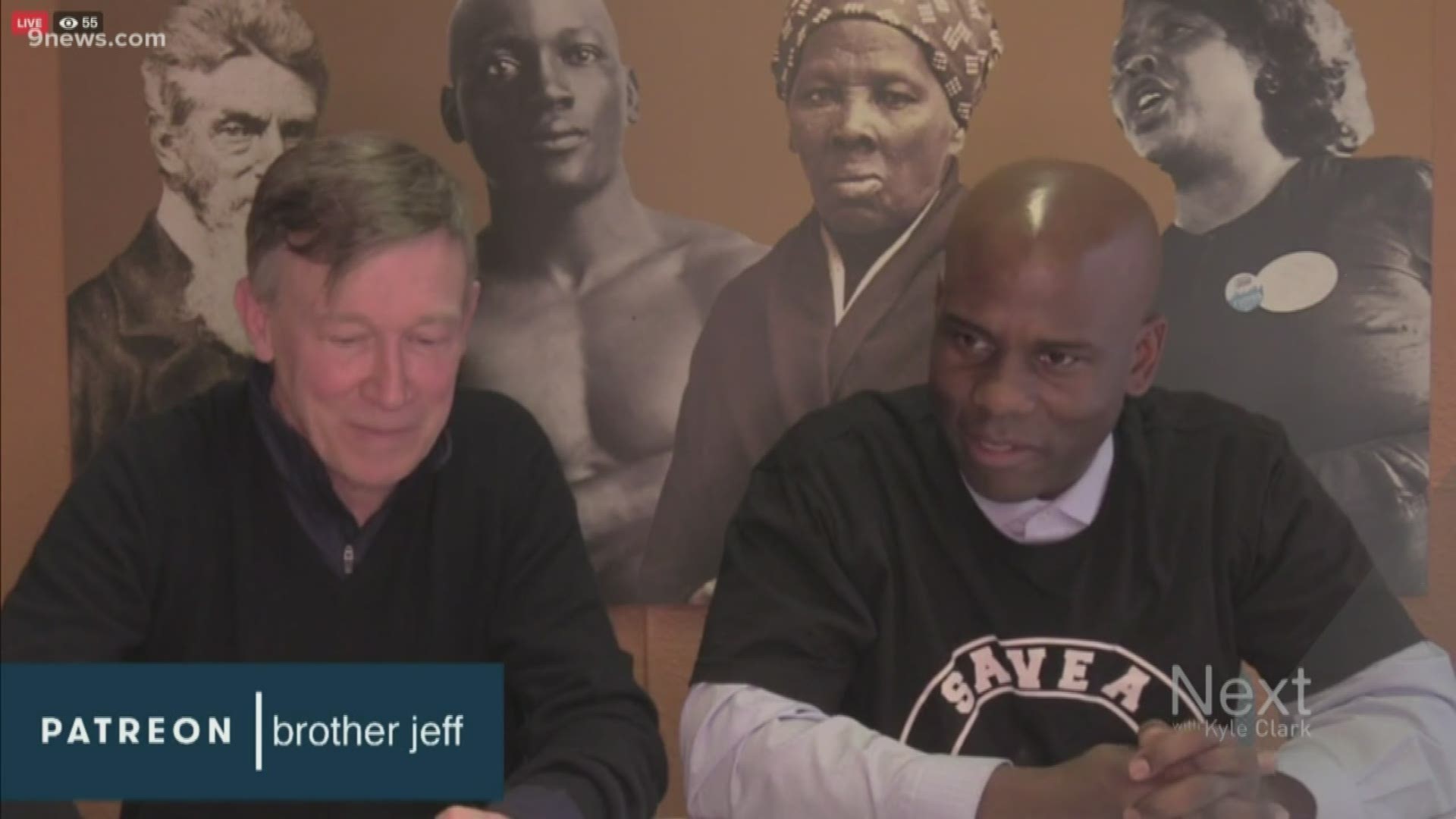 DENVER — Brother Jeff is a conduit.

His Facebook Live program in Denver has become a stop for candidates running for office, as a way to reach an audience they may otherwise not get a chance to interact with.

His show is where Denver mayoral candidate Jamie Giellis was asked about the NAACP acronym ahead of the election in spring 2019. She didn't know what the letters stood for.

"I didn't think that was a bad thing because if you ask someone about an acronym, the average person doesn't know, they're going to flub with acronyms. But the point was how she carried it," said Brother Jeff. "Coming back, it seemed as though she was disconnected from the community."

On Monday, Democratic Senate candidate John Hickenlooper was on Brother Jeff's The Free Think Zone, which was streamed live on Facebook.

At the end of the interview, he was also asked about the NAACP.

"I understand that you were at the NAACP gala. The NAACP. NAACP. N-A-A-C-P stands for what?" asked Brother Jeff.

It's hard to tell, but it sounds like someone off-camera says the acronym meaning, and after a pause, Hickenlooper said "National Association for the Advancement of Colored People" -- which is correct.

"Oh!" said Brother Jeff to applause. "Did he pull it through? He pulled it through. He's a card-carrying member."

"Does John Hickenlooper understand the NAACP more than say, for example, a Jamie Giellis? I would say absolutely because being a mayor, being a governor, being very attached to the black community locally and nationally, and then also being a member, his answer was a lot different in terms of context than Jamie Giellis, and so should Hickenlooper get some slack from that, well, we're pretty clear he knows what the NAACP is because at the end of the day, he did get the answer right. The same with Mayor Pete Buttigieg. We gave him a 9.99. He didn't stick the landing. Hickenlooper got a 9.5. He didn't stick the landing, but he got the answer," said Brother Jeff.

He doesn't use the NAACP question as a "gotcha," but now he expects candidates to at least know the meaning behind the organization.

"I don't do 'gotcha' questions, but because that became such a foundational question in a political landscape, anyone who's familiar with my show, if you're prepared, if you're connected, whoever's prepping you or if you are anyway in the vicinity of The Free Think Zone, you're going to be ready to be addressing the NAACP. And then sometimes, even beyond what the acronym means -- what's your relationship to the black community? How are you with regards to social justice? What is your relationship in terms of your staff? Your policy? Your awareness of issues? So, it's like an opening of the door to a broader question," said Brother Jeff. "It's even more telling about the question when candidates after Jamie Giellis are not familiar with the question: NAACP."