The City of Denver is hoping to change people's commuting habits by changing the roads. 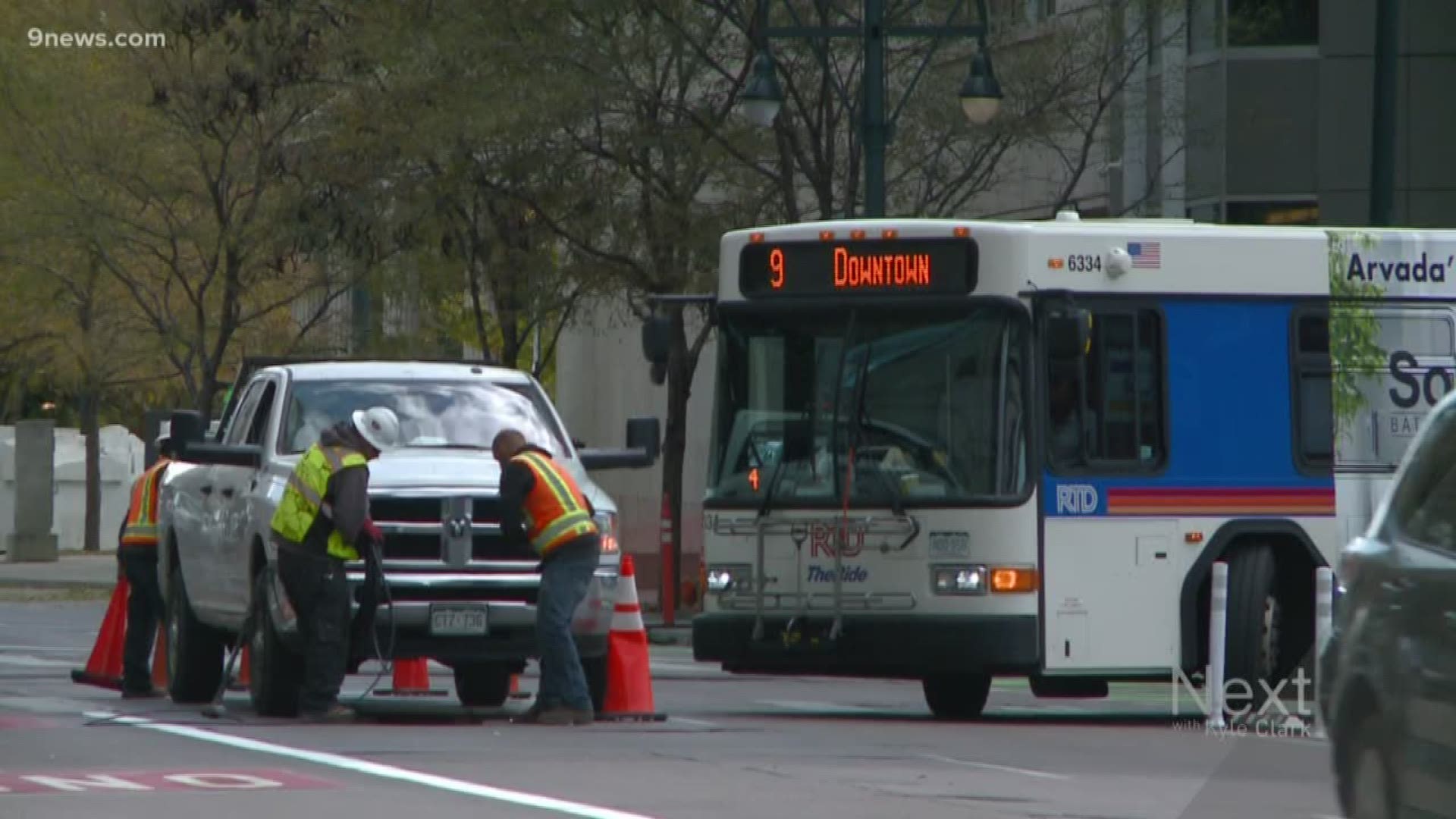 DENVER — The City of Denver is hoping to change people's commuting habits by changing the roads.

Monday, drivers woke up to "bus only" markings on 15th Street in downtown Denver, from Court Place to Larimer Street.

Nancy Kuhn, with Denver Public Works, said this will "give buses their own safe place to operate, just like cars and bikes."

The city is hoping that by making safety improvements, as well as working on keeping buses on schedule, more people will be inclined to ride them.

"Make it appealing, so more people can say, 'I don't have to always take my car,'" said Kuhn.

"We can't grow to the extent we've grown and all drive cars," she added. "This is to help congestion. You can get a lot more people in a bus than you can in a car."

Kuhn said after making similar changes to Broadway in 2017, the city saw a 2.5% transit ridership increase.

However, not everyone agrees this is conducive to their lives -- like Jeremy Larson, who is worried about what could happen to his neighborhood. He works as a contractor.

"I can't use public transportation for my business," said Larson, "Half my subcontractors can't take a bus to work.

He showed up to a public meeting after Public Works put out four proposals for changes along a section of Lincoln Street between 7th Avenue and the Broadway Station, close to I-25.

Kuhn said buses spend more than a third of their travel time stopped in traffic along this stretch of road, and that one in six trips are delayed by more than 65%.

However, Larson said changing the parking along this stretch of Lincoln could cause problems, which came up at a public meeting about these proposed changes.

"One of the gentlemen at the meeting has an elderly father who is wheelchair-bound but can drive," he explained. "He's going to now have to park in the middle of the neighborhood somewhere and use his wheelchair to get to his son's house."

He also wants more answers about safety studies and the impact on overflow parking.

Kuhn told Next with Kyle Clark that safety would be a top priority but they won't know the impacts to parking until a preferred alternative is identified.

There is a public meeting about the Lincoln project set for Wednesday, Oct. 23, from 4 to 7 p.m. at Hirschfeld Towers: 333 W. Ellsworth Avenue.