Despite 90-degree temperatures, you could feel the chill in the air as state lawmakers on both sides of the aisle got together to figure out funding for state improvement projects. The number one question from Democrats: Why wasn't State Treasurer Walker Stapleton there? 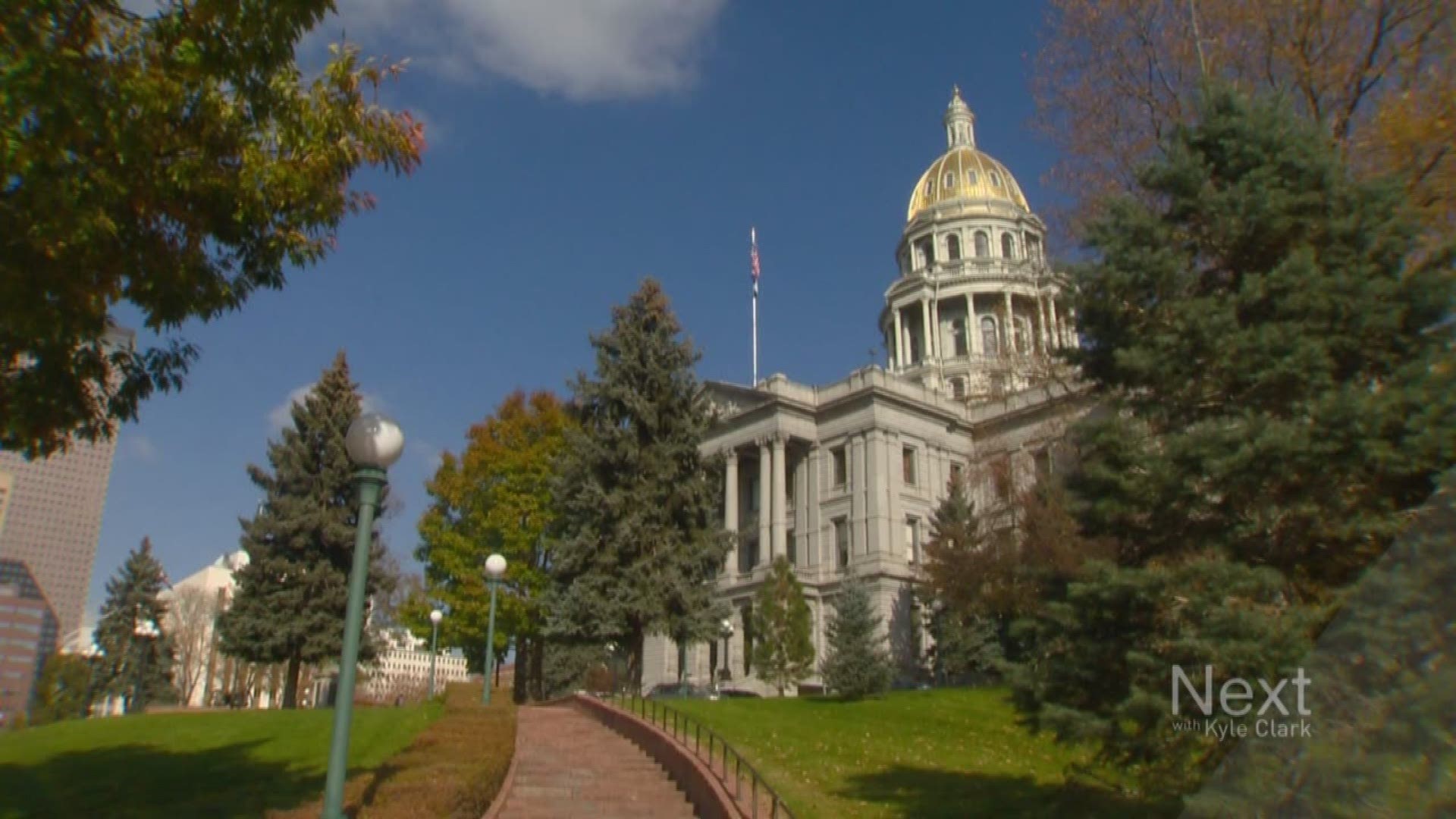 The state Capitol has no air conditioning, yet there was a chilly feel during a Monday morning committee hearing on the funding of state improvement projects.

The Capital Development Committee met with the Deputy Treasurer to find out why funding isn't in place yet for projects identified as a result of a bill signed into law in 2017.

Democrats on the committee requested that treasurer Walker Stapleton show up to answer questions.

"Why is the state treasurer not here? What does he have going on that is more important than this transaction?" asked State Rep. Chris Hansen, D-Denver.

"I, for one, am not disappointed that the treasurer is not here. I'm glad that you are here," said State Sen. John Cooke, R-Greeley.

Stapleton is running for governor against Congressman Jared Polis.

"What I'm hoping we're not doing here is making this a political football for no apparent reason," said Rep. Jon Becker, R-Fort Morgan.

To understand the concern with the treasurer's office and decisions being made, you need to understand the law that created the funding mechanism for the state improvement projects.

In 2017, lawmakers passed SB 267, which removed the Hospital Provider Fee from the state's general fund and created its own enterprise that does not count against the state's TABOR limit. The Taxpayer Bill of Rights, which is in the state's constitution, limits how much government can grow each year and requires the state to refund taxpayer money if it collects too much. Taking the Hospital Provider Fee out of the equation allowed the state to keep more money before hitting the limit.

SB 267 authorized the state to issue certificates of participation (COPs) to fund about $2 billion dollars in road construction projects and pay for other state building improvement projects.

COPs essentially mean the state is selling buildings it owns to get immediate funding, and then they buy the buildings back through a lease-purchase agreement.

A lawsuit challenging the legality of the Hospital Provider Fee, thus the COPs, is going to be heard in Denver District Court in October.

During a political stop last week, Stapleton was asked about not having the COPs issued as of July 1. He was quoted in Westword as saying:

"My paramount concern as the treasurer of Colorado is to make sure we're not issuing bonds when there is economic uncertainty. Anybody in the capital markets can tell you that from an investment standpoint, when you're issuing bonds and those bonds are being impacted by pending litigation, which we had nothing to do with, it makes investors skittish. I'm not going to issue bonds when it could negatively impact the credit of Colorado based on hair around the deal resulting from the lawsuit. It would be fiscally irresponsible for me to do so."

Last week, a spokeswoman for the treasurer's office told Next with Kyle Clark that the delay was because the office received bad advice from bond counsel, and finally replaced the counsel with a firm that was willing to proceed.

The treasurer's office plans to start issuing the COPs on Sept. 26.

'The legislation gives the treasurer's office the authority to issue the COPs between July 1 of 2018 and June 30 of 2019. We will meet that deadline with ample time to spare," said Parsell.

Hansen responded that no one was suggesting the treasurer's office was breaking the law, just that it was delaying projects 90 days that could cost the state more money.

One of the projects also expecting funding from the issuance of COPs is the widening of Interstate 25 from Castle Rock to Monument.

"Based on the communication that we've received from CDOT, the timeline that we have will not interrupt any construction project timing," said Parsell.

CDOT plans to start the project in November.

"It is difficult to ascertain whether any projects were delayed from starting since every funding recipient is aware that funding is contingent on the timing of the COP issuance. The advice I offered was to expect funding in August," said Kori Donaldson, Legislative Council staffer for the Capital Development Committee. "We don't have any data about costs associated with the projects starting in October rather than August."