Starting in 1982, Coloradans and Texans battled in Twin Lakes – not with weapons, but with tomatoes. 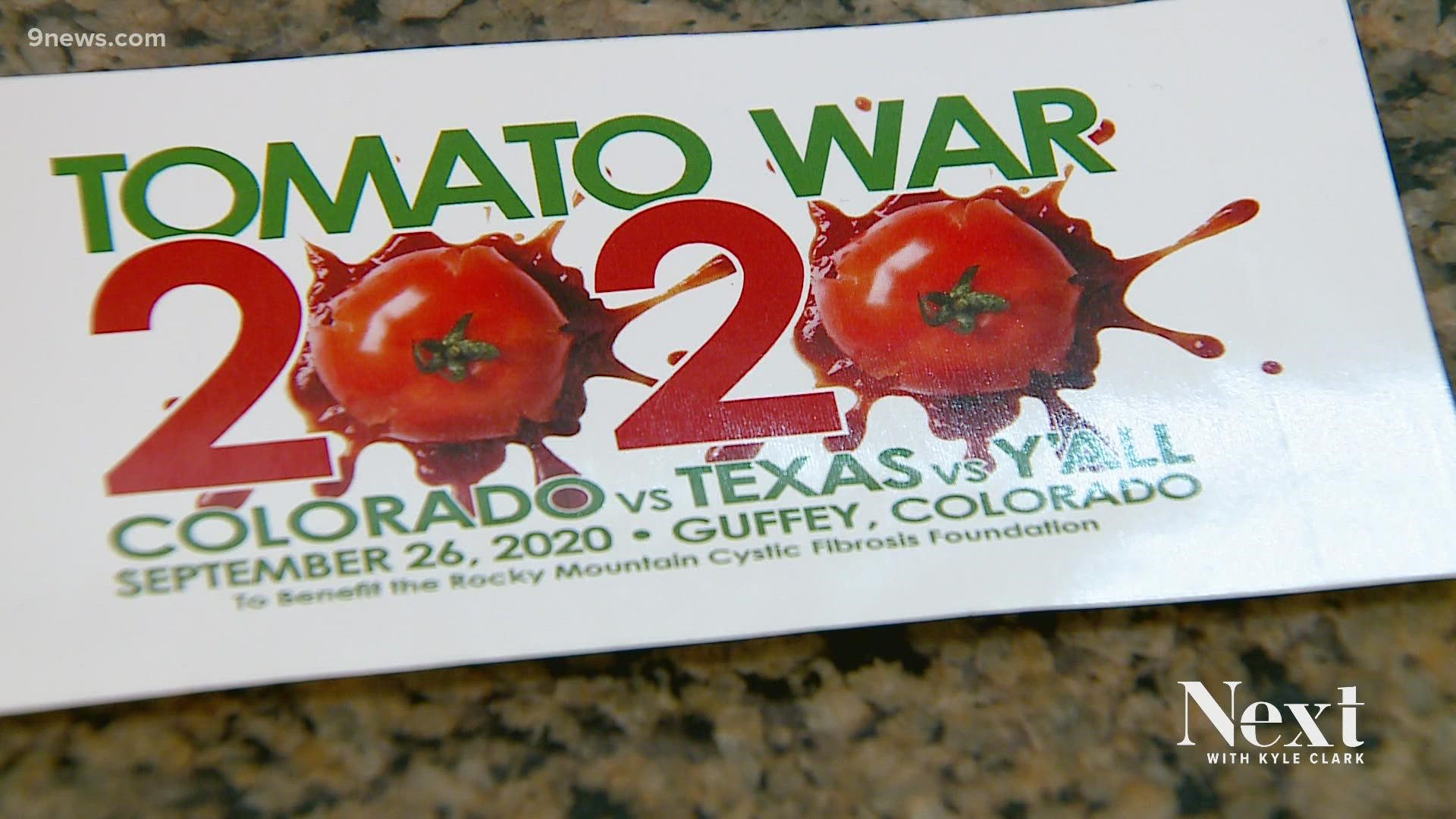 DENVER — Colorado is involved in a war that’s unknown to many.

Starting in 1982, Coloradans and Texans battled in Twin Lakes – not with weapons, but with tomatoes. The initial goal of the Tomato War was to address a bitter rivalry.

“It really is the fact that Colorado is the most beautiful state in the entire country,” Larry Bunte, self-proclaimed Tomato War nerd, said. “Texans just seem to kind of run up here and take over things and it’s usually, either they come and stay, or they leave at the end of September, and then they return in droves. And they kind of just take over half the state.”

Bunte jokes as he chats about the animosity. People from both states should be thankful for Oklahoma’s handle keeping the separation, he laughs.

“It is definitely a war and not every tomato is going to hit somebody. You miss most of the time," Bunte said.

The original Tomato War lasted 12 years and then went dormant. A group including Bunte opted to revive it last year, though this time, they decided to food fight for a good cause. They kept the 2020 event small because of the COVID-19 pandemic but raised more than $1,700 for the Cystic Fibrosis Foundation.

"That’s part of our thing. We’re aiming to bring people together for good reasons," Bunte said. "It’s another reason to get together, have a good time, drink beer and hit a Texan!”

The next battle will happen in central Colorado on Sept. 18. Texans and Coloradans will meet at the Meadows at Buena Vista, equipped with 2,000 pounds of tomatoes that aren’t fit to be sold in stores. The money raised will go to the Dolly Parton Imagination Library to support the early reading program.

While the modern-day Tomato War is all in good fun, Bunte plans to come prepared.

"The year I got hit in the eye and was able to take the contact out of the pulp. I had a black eye but it was my fault for putting my goggles down – got hit from the side," he said.

The Buena Vista Rotary Club is hoping the event. If you are interested in participating, you can sign up on their website. Spectators are also welcome.

And if you're interested, this is the full story of the war's start, according to organizers:

In the early 1980's, what may have precipitated the first tomato war was a comment made to Taylor Adams, owner of the Inn of the Black Wolf at Twin Lakes. The inn was so-named because Ms. Adams raised wolves there.

A woman from Dallas surveyed the natural beauty of the area that is nestled below Mt. Elbert, Colorado's highest peak. She turned to Taylor and exclaimed, “It sure is pretty here. It's a shame no one has done anything with it. Taylor knew right then, she needed to do something, not about developing the area, but about Texans.

Ever since Texans could drive, they have vacationed in Colorado, creating a love-hate relationship with Coloradans who like to take their money while begrudging their presence.

Apparently, other Coloradans feel the same way. As many as 500 participated in one “war” at Twin Lakes during a 12-year run that began in 1982. The Colorado battle cry was “Keep Colorado Beautiful. Buy a Texan a bus ticket home.”

Some of the best strategy has included a Texan arriving by helicopter, a Coloradan arriving by parachute and a peace march by a dissenting group. In 1984 inventive Texans moved into battle with a cardboard tank complete with a cannon that squirted tomato juice.

During past wars, the outnumbered Texans have employed elaborate strategies. They have built forts of straw bales and dubbed the forts “the Tomalamo.” The Tomalamo has typically been the scene of the most intense fighting.

In some years, protesters arrived in outrageous costumes carrying signs that read, “Hell no. We won't throw,” and spouting slogans saying tomatoes should be used for Bloody Marys and barbeque sauce. Mock protesters shouted “Make Paste, Not Waste.”