"I think there's an increased awareness that transportation doesn't just include gas-powered cars." 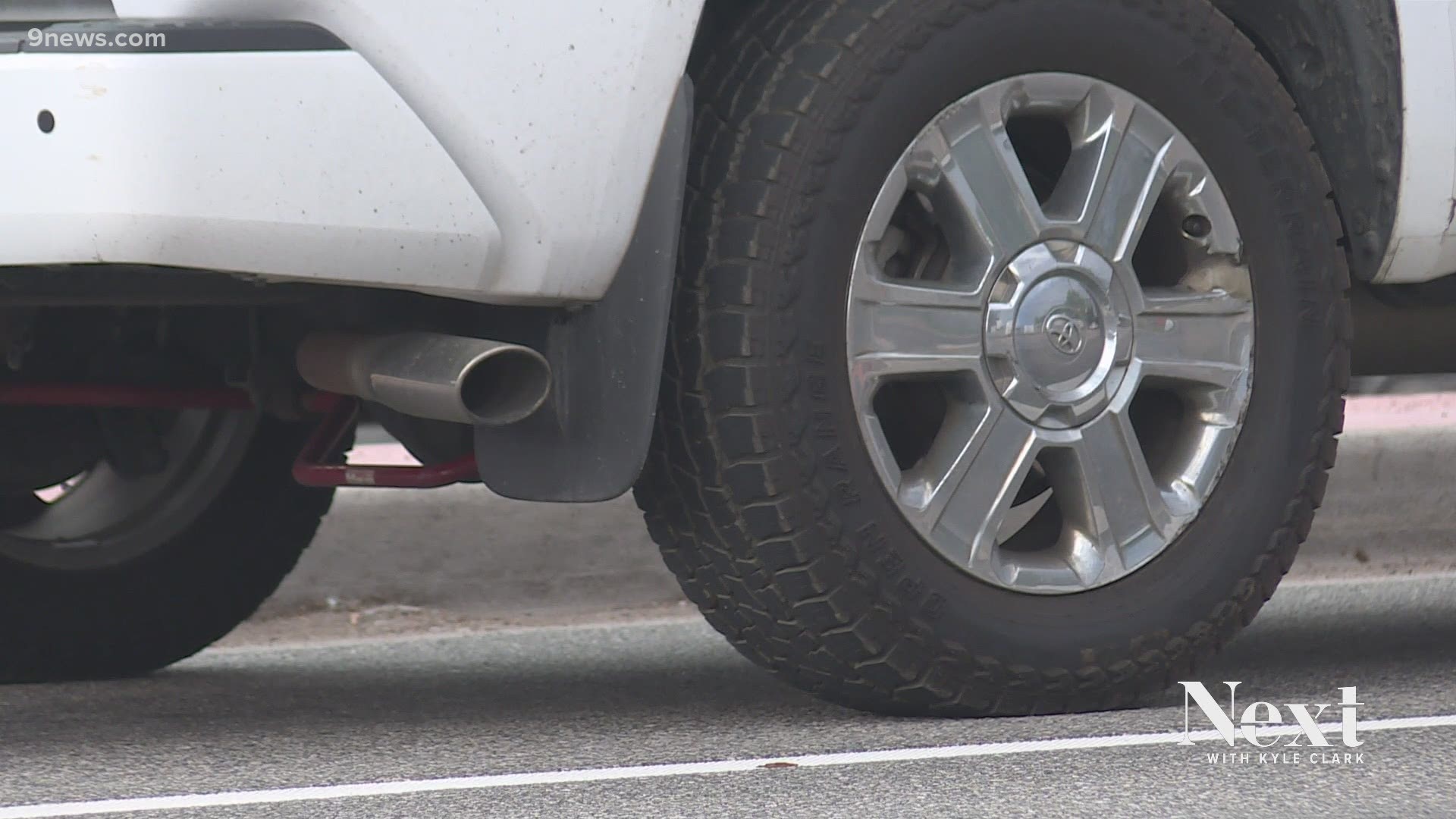 DENVER — The new fees that come with the transportation bill passed by the Colorado legislature this session created additional costs for home delivery and rideshares.

A total of 27 cents in new delivery fees. The new rideshare fee is 30 cents, unless the Uber or Lyft-like ride is in an electric vehicle, then it is cut in half to 15 cents.

But where in transportation does the money collected go?

Depends on your definition of transportation.

"Like most people, it's roads, bridges and things that get people moving," said Americans for Prosperity-Colorado Director Jesse Mallory.

Mallory is working on reducing the state gas tax, just as this transportation bill adds a new fee to the existing gas tax. That fee is two cents per gallon starting in July 2022, and increasing one penny each year until it reaches eight cents per gallon in July 2028.

A good chunk of that money goes to Mallory's definition of transportation.

"People want to see their money goes to roads. They want to see it go to things that are going to help them go from 'point A' to 'point B.'" said Mallory.

"We all need a way to get from 'point A to point B.' We have to ensure that it does not contribute to air pollution and greenhouse gas emissions," said Environment Colorado Director Hannah Collazo.

Collazo's definition of transportation is not the same as Mallory's.

"I think there's an increased awareness that transportation doesn't just include gas-powered cars. We need to rethink the way we get around because the way we've gotten around so far has increased global warming and made our air harmful to breathe," said Collazo.

The new Community Access Enterprise Fee -- which makes up 6.9 cents of the new 27-cent delivery fee -- is estimated to bring in $41 million in the first two years. This fee is intended for the widespread adoption of electric vehicles.

The money would be spent on investing in transportation infrastructure, making grants or providing rebates to fund the construction of electric motor vehicle charging infrastructure. It would also incentivize the acquisition and use of electric vehicles and provide alternatives like electric-assisted bicycles and electric scooters.

The new Clean Fleet Enterprise fee -- which makes up 5.3 cents of the 27-cent delivery fee and 7.5 cents of the 30-cent rideshare fee -- is estimated to bring up $37 million in the first two years.

This money would provide funding or financing through grants, rebates and loans to finance electric vehicles. It would assess and implement cleaner mobile source technology to support electrification. It would also reduce health disparities in disproportionately impacted communities.

The new Clean Transit Enterprise fee -- which makes up three cents of every 27-cent delivery fee -- is estimated to generate $17.8 million in the first two years.

This fee would reduce and mitigate adverse environmental and health impacts of air pollution and greenhouse gas emissions produced by motor vehicles used to make retail deliveries by supporting the replacement of existing gas and diesel transit vehicles. It would provide grants, loans and rebates for clean transit planning and facility upgrades for the safe operation and maintenance of electric vehicles. It would also help with the construction of electric vehicle charging infrastructure used by public transit providers.

The new Air Pollution Mitigation Enterprise fee -- which make up 0.7 cents of the 27-cent delivery fee and 22.5 cents of the 30-cent rideshare fee -- is estimated to generate $20.3 million in the first two years.

This fee would mitigate the environmental and health impacts of increased air pollution from retail deliveries and rideshares. It encourages alternatives to driving alone and other projects that directly reduce air pollution.

Electric vehicle owners will also see additional fees as part of this bill. The current $50 per year registration will increase with inflation and creates a new fee that starts at $4 in July 2022 and reaches $96 by July 2031.

The bill passed the legislature and awaits the signature of Gov. Jared Polis.