President Donald Trump claimed on Twitter that foreign governments will print out their own mail-in ballots. 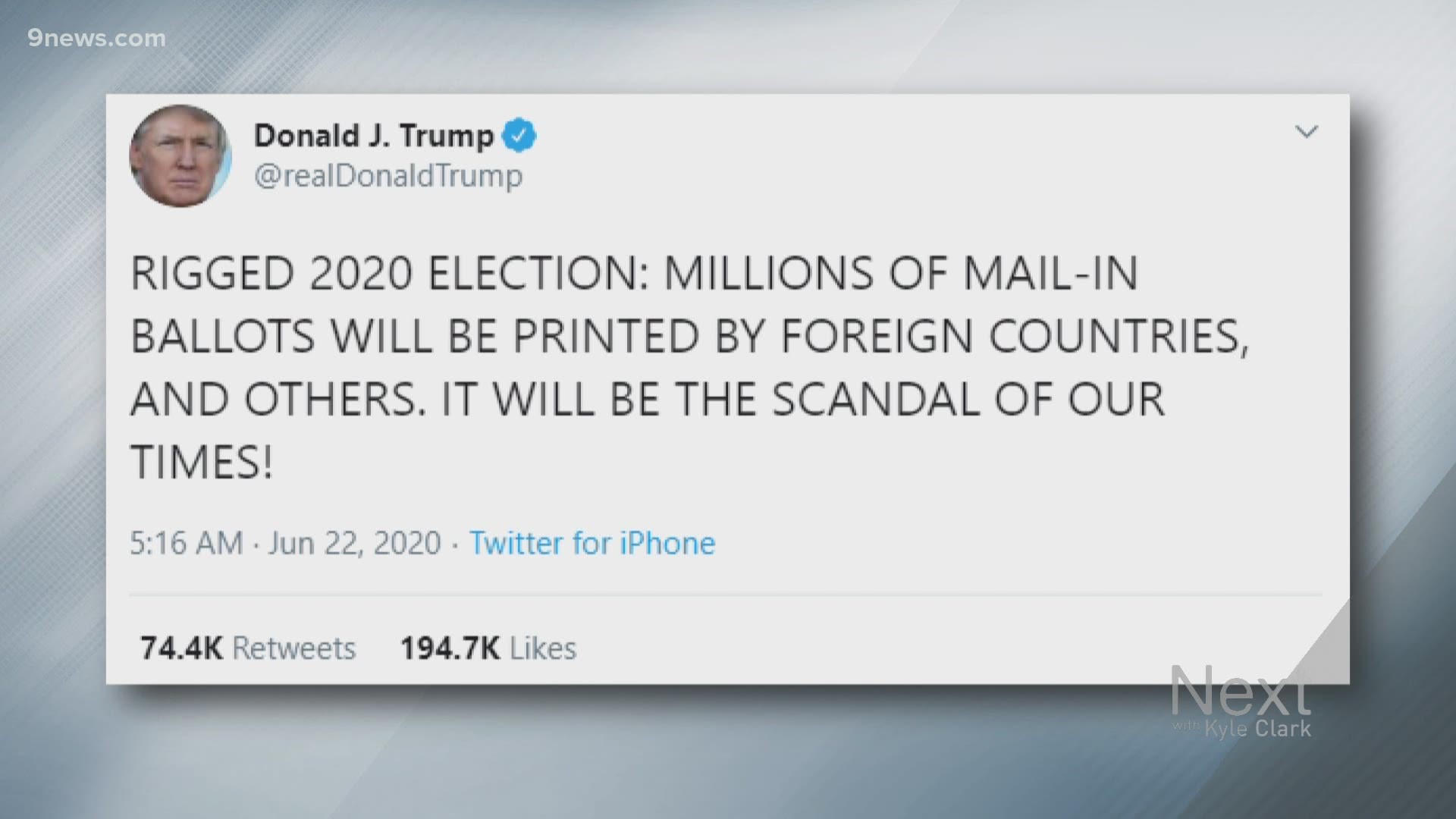 DENVER — President Donald Trump made it clear on Monday morning that he does not trust mail-in ballots, tweeting that he was concerned foreign countries will print out millions of ballots to rig the election and that Americans voted in-person during World War I and World War II without any issues.

“If people can go out and protest, riot, break into stores, and create all sorts of havoc, they can also go out and VOTE — and keep our Election Honest. With millions of mail-in ballots being sent out, who knows where they are going, and to whom?” one tweet from the president read.

Next with Kyle Clark reached out to Amber McReynolds. She runs the National Vote at Home Institute and Coalition, and was also the Denver Elections director.

She said it’s virtually impossible to print out a fake ballot and mail it in, since the scanners that read them are not designed to work on something that’s just a printed-out piece of paper.

Here’s a longer explanation from McReynolds:

“When you get your ballot packet, it has very specific information that's directly related to you. And some jurisdictions, like Denver, have an even higher level of authenticity for each piece within your packet. So, that printer knows you've gotten your instructions, your secrecy sleeve, your right ballot style and your return envelope all in that packet, and they collect that data when they audit the packets to go out.

“Then when all that comes back in, the bar code that's on the outside of the envelope along with the intelligent mail bar code that the post office can read is all specific to the voter, and there's very important information in there: Ballot sequencing, identification, all of that that's specific to the voter. So one would have to interfere with that entire system, at multiple points in the process, to actually accomplish what the president tweeted about.”

McReynolds said she invited Trump to tour the Denver Elections office back in 2016, but his campaign did not take up her offer.

She said more than 25% of Americans across the country voted by mail last year, and that military members have voted by mail since the Civil War.