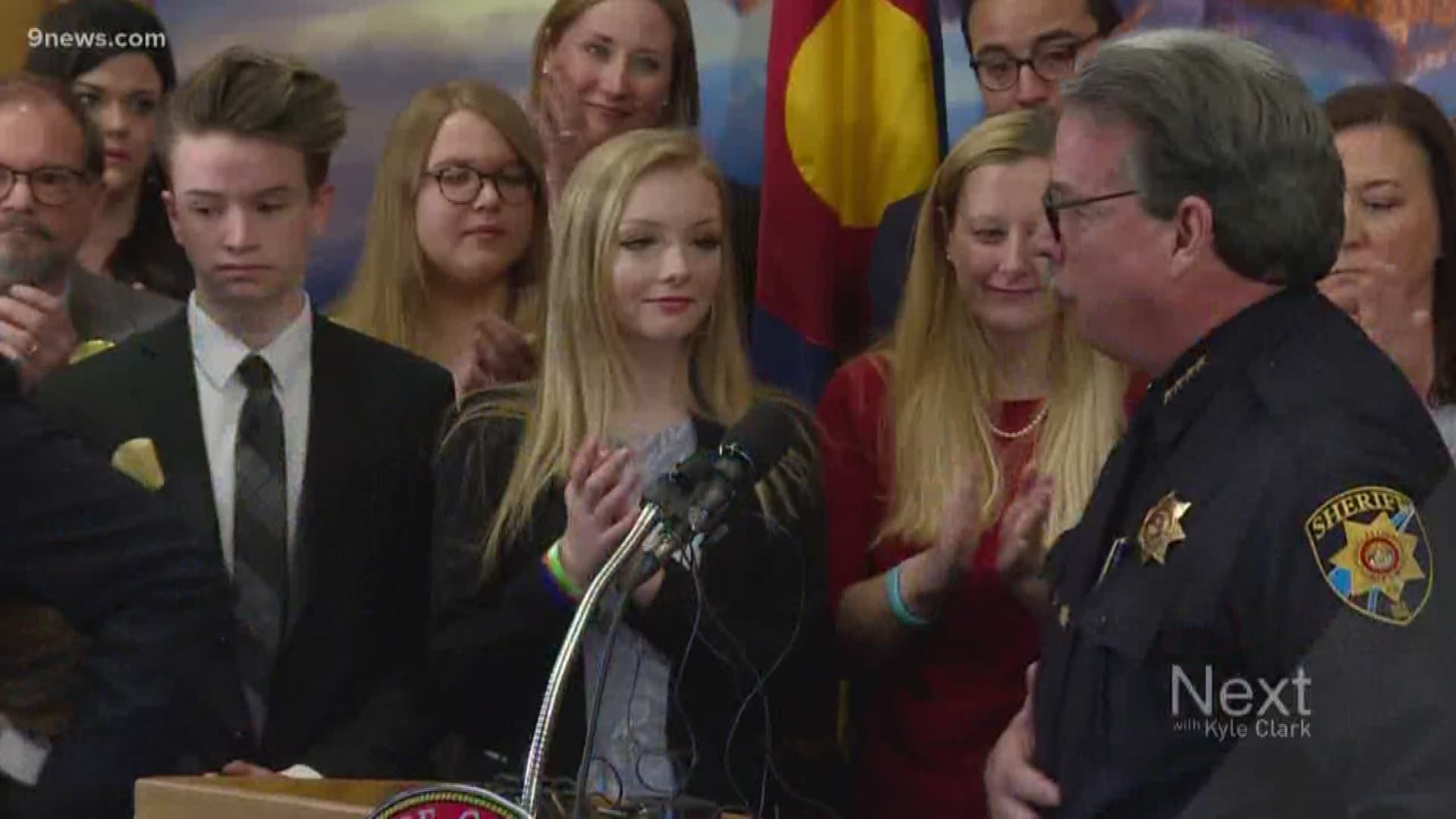 DENVER — Support of red flag legislation has led to recall efforts against multiple elected leaders in Colorado. President Donald Trump's comments in support of a national red flag law, however, has not deterred those efforts.

"We must make sure that those judged to pose a grave risk to public safety do not have access to firearms, and that, if they do, those firearms can be taken through rapid due process,” Trump said during a Monday morning news conference on this week’s mass shootings in El Paso and Dayton. “That is why I have called for red flag laws, also known as extreme risk protection orders.”

This past legislative session, Colorado lawmakers passed red flag legislation that Gov. Jared Polis (D-Colorado) signed into law. It allows a court to order someone to turn over their weapons if they are deemed a risk. It will take effect in January, when law enforcement and courts have procedures in place to implement new policies.

In Douglas County, an effort to try to recall Republican Sheriff Tony Spurlock started after he became the law enforcement face in support of Colorado's red flag law.

"It really has to do more with integrity and honesty than it does any particular political issue," said Robert Wareham, head of the Committee to Recall Tony Spurlock. "We're not trying to recall him over red flag, we are trying to recall him because he has violated, we believe, his oath of office, by supporting legislation that infringes on constitutional rights."

Wareham also points to legislation that failed that would have prevented law enforcement from encrypting law enforcement scanner channels. He said the Douglas County Sheriff's Office’s opposition to that bill is another reason he wants to current sheriff gone.

"Worse than someone who runs for office on a platform I disagree with is someone who runs for office telling me that he supports my goals and my principles and then he turns on me," Wareham said. "In the case of the sheriff, whether we're successful in the recall or not, I think it was time that a message get sent, not just to our sheriff, but to the sheriffs and the lawmakers, that you don't say one thing and do another."

On red flag, Spurlock has not wavered in his support since the murder of Douglas County Sheriff's Deputy Zackari Parrish. Parrish was shot and killed on Dec. 31, 2017, while responding to a disturbance in Highlands Ranch. Parrish and the other deputies on scene planned to take the suspect into custody on a mental health hold.

Spurlock testified in favor of the failed red flag bill at the legislature in 2018, and again this past session when it passed.

He told Next on Monday that his office will have a draft plan for how to proceed with red flag calls on Tuesday. He plans to post it for the public to review and comment on later in the week.

With a Republican facing a potential recall over red flag, and the president -- a Republican -- supportive of red flag laws, how does a Republican voter in Douglas County get convinced to recall their sheriff?

"What you have to look at here, the president said it right, 'rapid due process,' not an absence of due process," Wareham said. "Here you've got the state or a roommate, whomever coming in and saying take that man's or woman's guns away, deprive them from a fundamental liberty right, and then make them prove that they have a right to have that right within 14 days. That's where the due process is missing."

Wareham said that his group is on pace to start the signature collection process sometime in September and October.

Nancy Pallozzi is leading the effort. When reached by phone on Monday, she said she was in the middle of collecting signatures and would continue to tell voters about Pettersen's role as a co-sponsor of the red flag bill that passed this year.

Pallozzi's group must collect 18,376 valid signatures by Sept. 16 in order to put a Pettersen recall on the ballot. Before they could collect signatures, Pallozzi's group had to submit to the state the reasons they would be telling voters that Pettersen should be recalled.

Those reasons include her support of: