Trump's portrait isn't on display in the Colorado Capitol, but Putin's briefly was

President Donald Trump's portrait will be added to the state capitol once enough money is raised to make it happen. So far, no one has donated. 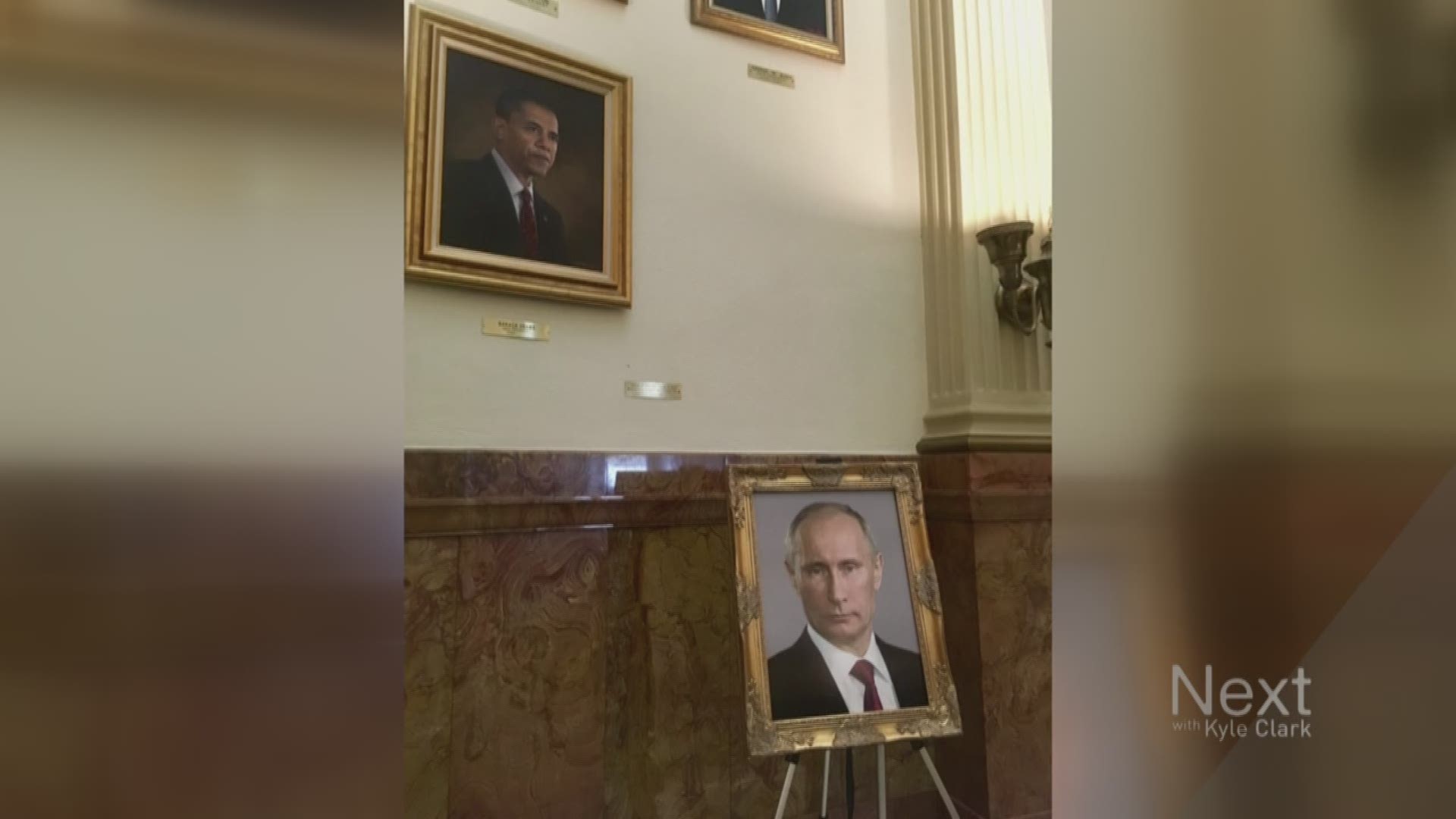 DENVER — There’s a blank space on the Colorado Capitol’s wall of presidential portraits.

President Donald Trump will be added once Colorado Citizens for Culture, which collects money for the paintings, has the donations to make it happen.

The group has received $0 of the $10,000 needed for the portrait, says Jay Seller, who runs Colorado Citizens for Culture.

They typically collect the money within about four months, according to Seller - that was the case for Presidents George W. Bush and Barack Obama. Both of those portraits cost about $10,000, as well.

For a brief time on Thursday, there was a 45th image on display. Someone photobombed the hallway with a portrait of Russian President Vladimir Putin.

Colorado State Sen. Steve Fenberg (D-Boulder) tweeted out a picture showing Putin’s mug on an easel - just below the space where Trump’s would go. Next asked, and a Fenberg aide told us this was not a Photoshop project. The picture is legitimate.

As seen in the Colorado State Capitol Hall of Presidential Portraits today...#putinpotus pic.twitter.com/cW2cmqtmWM

She said the “unknown prankster” brought the portrait into the building, and a staffer snapped a photo that was shared across the Capitol. A tour guide ended up removing it.

Seller said they are ready and waiting for donations to create Trump's portrait. In recent history, one donor has been responsible for a large chunk of the funding.

If you'd like to donate, checks should be made out to Colorado Citizens for Culture and include "presidential portrait" in the memo. Send them to: