Democrat John Hickenlooper campaigned on not being a negative campaigner, yet paid for what appears to be his first negative ad against Republican Cory Gardner. 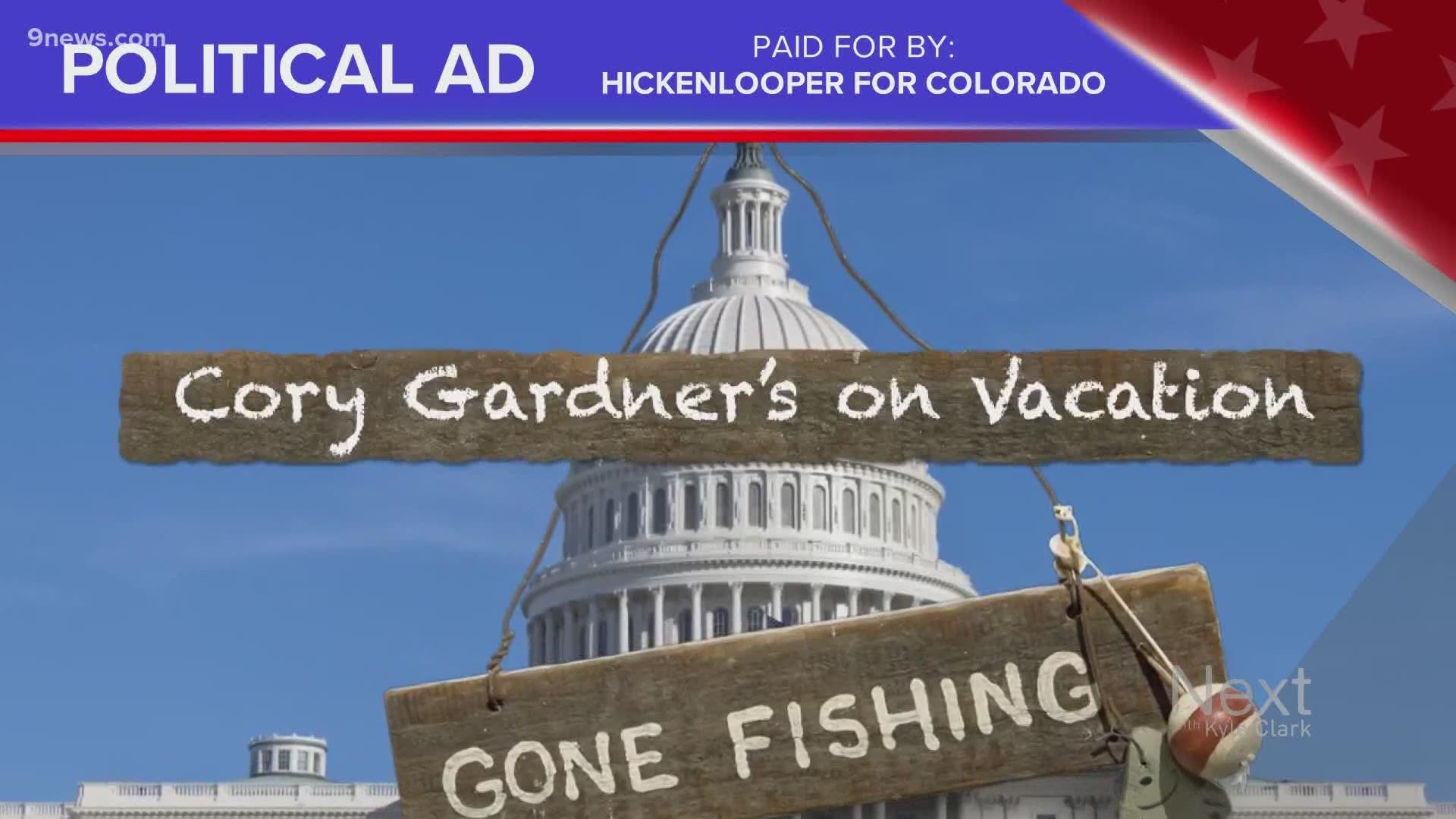 DENVER — He has a history of being the candidate who doesn't produce negative ads.

He's campaigned on not being a negative campaigner.

And yet, Colorado Democratic Senate candidate John Hickenlooper has paid for what appears to be his first negative campaign ad.

AD/CLAIM: "Cory Gardner’s on vacation for a month. No relief passed for the unemployed. No expansion of COVID testing. No more help for struggling ranchers and small businesses."

VERDICT: Because of the wording, this is a yes and no, but it's a bit of a cheap shot.

Yes, Republican Sen. Cory Gardner, the incumbent candidate, is not currently at work in Washington, D.C.

Is Gardner on vacation? No.

The Senate always has a scheduled "State Work Period" for August. There are multiple "State Work Periods" where all 100 Senators go to their home state and spend extended time. This is true of Gardner and Democratic Sen. Michael Bennet, so singling out Gardner for this is where this becomes a cheap shot.

Senate Majority Leader Mitch McConnell (R-Ky.) is the one with the power to call the Senate back to work, not Gardner, and certainly not Bennet.

AD/CLAIM: "When John Hickenlooper faced an economic crisis, he made Colorado the number one economy in the country."

VERDICT: Another yes and no.

As we stated in the previous Truth Test, there is no one organization that hands out "America's No. 1 Economy" award. U.S. News and World Report is just one publication that produces "Best of" rankings.

BOTTOM LINE: Hickenlooper distorts what Gardner is doing during scheduled time off from the Senate. Time off that Gardner, individually, cannot end.

The first 17 seconds of this ad are negative. Since he first ran for Denver mayor in 2003, Hickenlooper has been known as a positive campaigner. When he ran for governor in 2010, he produced an infamous ad where he goes into a shower, fully-clothed, to show his disdain for negative advertising.

2010 Ad: "I'm John Hickenlooper, and I guess I'm not a very good politician because I can't stand negative ads. Every time I see one, I feel like I need to take a shower."

Over the years, Hickenlooper has touted his positive campaigning. In June, when his Democratic primary opponent, Andrew Romanoff, used that shower ad and tweaked it to attack Hickenlooper, Romanoff was called out by prominent Democrats including Hickenlooper and even Gov. Jared Polis. Often, groups that support Hickenlooper are the ones that do the attack ads, while Hickenlooper can produce positive ads with his campaign money. Just like he had to explain why he repeatedly said on the presidential campaign trail that he didn't want to be a Senator and didn't think he'd be good at it, Hickenlooper will now have to explain his use of a negative political ad.