The ad paid for the National Republican Senatorial Committee has been the subject of controversy. 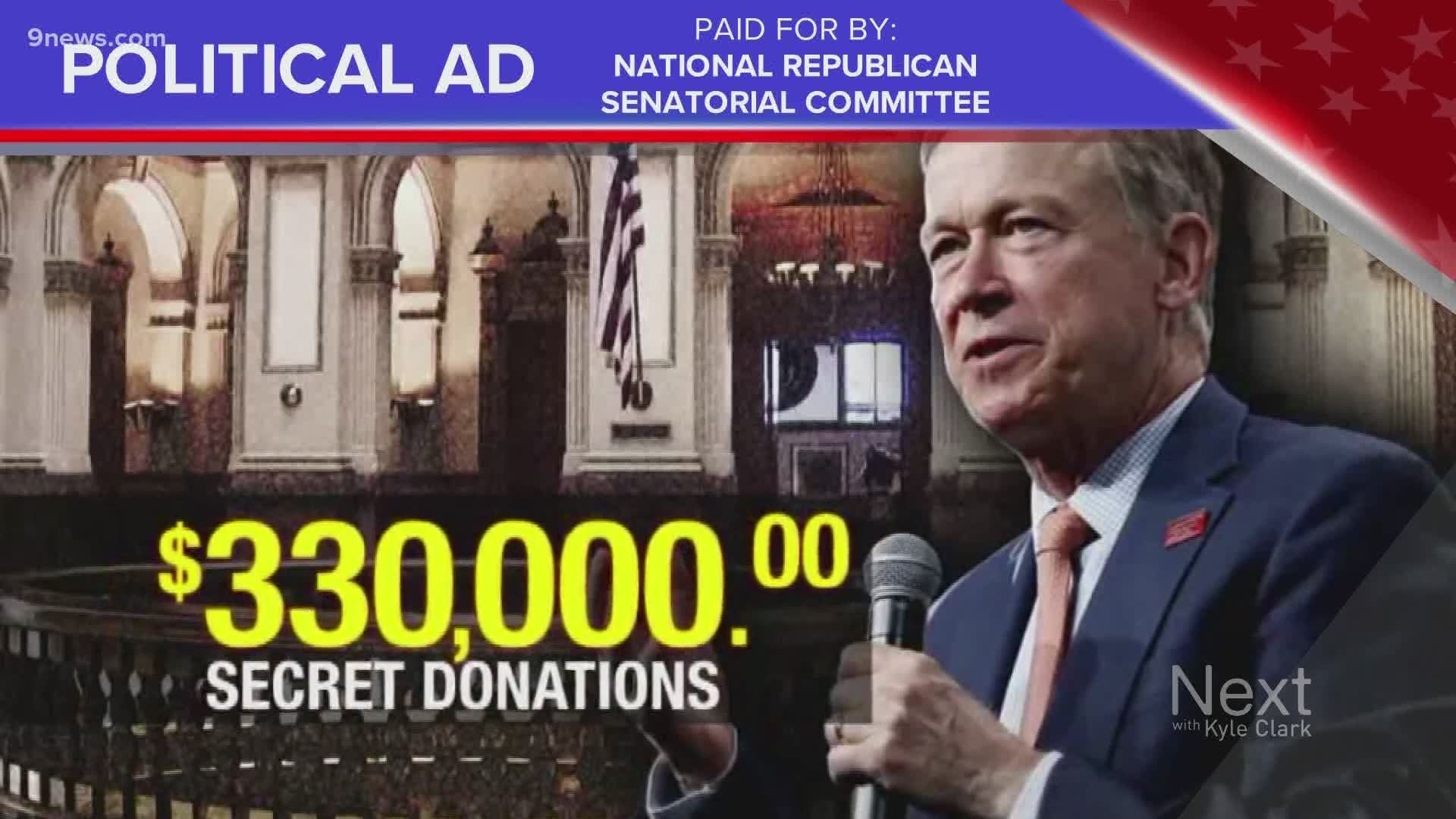 DENVER — Political ads have not slowed down just because the June 30 primary has come and gone.

Ads from, and on behalf of, Republican Sen. Cory Gardner and his opponent, Democratic U.S. Senate nominee John Hickenlooper, continue to air leading up to Election Day on Nov. 3.

An ad paid for by the National Republican Senatorial Committee (NRSC) has already created controversy.

The ad references the Firestone home explosion in 2017, which killed Mark Martinez and Joey Irwin.

"My family and I have worked extremely hard to create positive changes that will keep my story from happening to anyone else and in doing so, honoring the memories of Mark and Joey," Erin Martinez said. "Not a single day goes by that we are not heartbroken and struck with unimaginable grief. This ad uses my story in a negative light and disgraces the memory of Mark and Joey."

The NRSC has not pulled the ad.

AD/CLAIM: Voice of Channel 4 Anchor Kathy Walsh: "Well, after a deadly home explosion in Firestone, neighbors say not enough has been done to prevent a similar tragedy."

Narrator: "That's because John Hickenlooper took a secret donation from the company who caused it."

How transparent that website really is is up for debate.

The transparency website, where the donations were listed, is the same website that revealed state taxpayers paying for Hickenlooper's ethics defense, as long as you knew where to find the line item on the not-easily-transparent transparency site.

The investigation by our competitors also found previous governors, and Governor Jared Polis receiving similar private donations to the office of the governor.

The ad continues about the Firestone explosion.

AD/CLAIM: Narrator: "A community devastated, but no one went to jail. No fines under Hickenlooper.

VERDICT: This claim smells like… let's just say, it's not a fair representation because of the timeline.

Colorado's Oil and Gas Conservation Commission did fine Anadarko -- which is now Occidental Petroleum -- $18.25 million, the largest penalty ever sought by the COGCC.

The fine didn't happen until March 2020. Hickenlooper was termed out as governor in January 2019.

The claim is technically true, but misleading.

The investigation and process to fine the company was well underway while Hickenlooper was still in office.

It's also true that no one went to jail, but governors are not prosecutors. And so far, no prosecutor has filed charges.