The National Republican Senatorial Committee continues to attack John Hickenlooper on an environmental issue that is not what the political ad makes it appear to be. 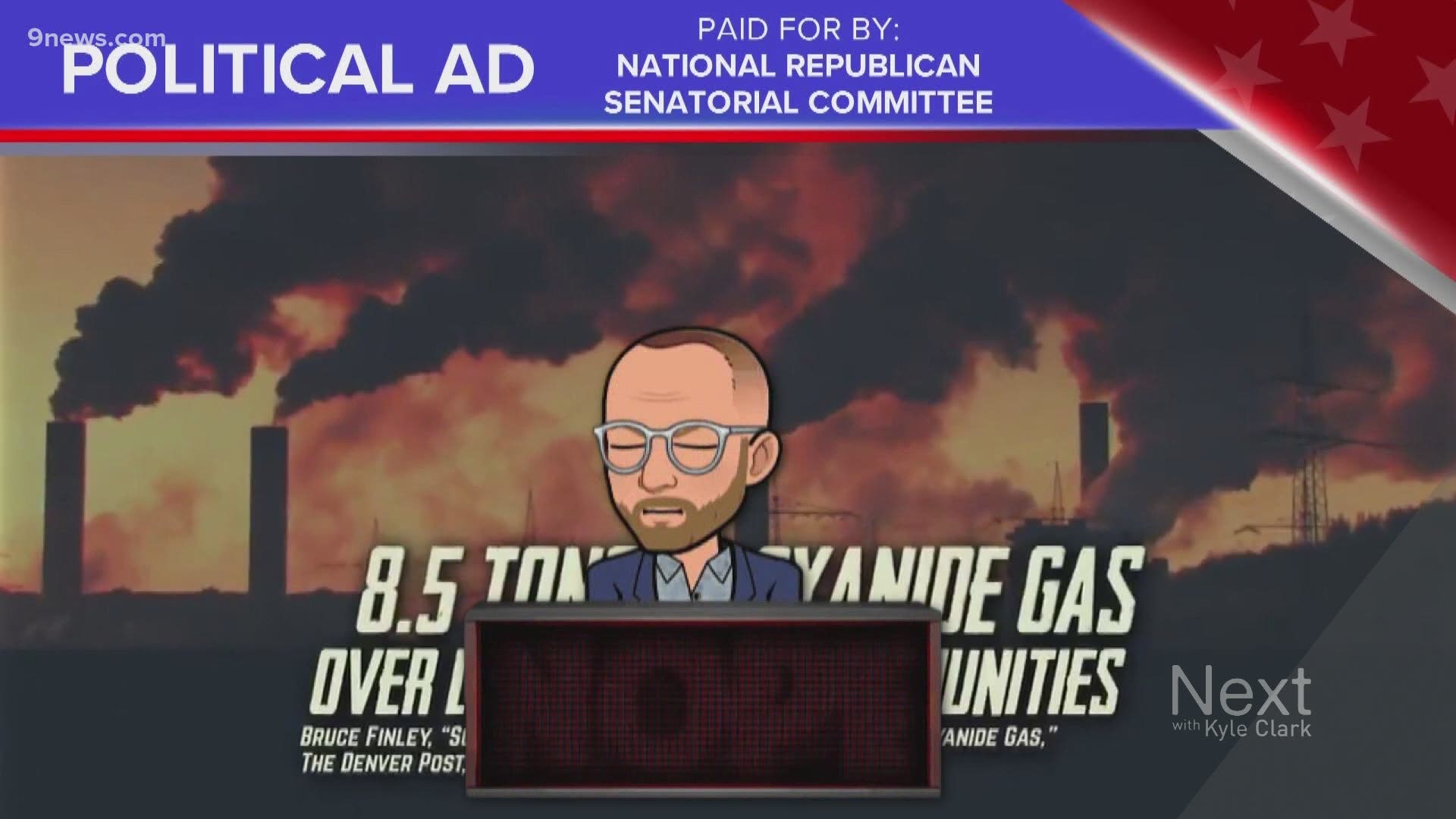 DENVER — It's the group with the darkest political ads in the race between Republican Colorado Sen. Cory Gardner and his Democratic opponent John Hickenlooper.

The National Republican Senatorial Committee continues to attack Hickenlooper on an environmental issue that is not what the political ad makes it appear to be.

AD/CLAIM: "John Hickenlooper raised hundreds of thousands from an energy polluter. Then gave them $11 million in tax breaks."

VERDICT: No. Hickenlooper did not personally do this.

The ad doesn't reference the "energy polluter" by name, but it's depicting Suncor.

In 2008, when Hickenlooper was still Denver mayor, Suncor contributed $1 million over five years to plant trees in Denver.

That same year, Suncor also contributed to Road Home, to help people experiencing homelessness in Denver, and also to Boys and Girls Club of Metro Denver.

The money was contributed to organizations within the city.

As for the "$11 million in tax breaks," again, this is nothing Hickenlooper directly made happen.

The $11 million figure comes from a 2019 article by Brian Eason at The Colorado Sun. He compiled data from the Office of Economic Development and International Trade and determined that Suncor received more than $11 million in tax credits from the Enterprise Zone program.

An Enterprise Zone provides a tax incentive for businesses to locate and expand in economically distressed parts of the state -- more rural areas of Colorado.

The governor's involvement in this? Not much.

Businesses, like Suncor, must get pre-certified for the tax credit by a local administrator, not by the governor.

AD/CLAIM: "Hickenlooper let them set their own pollution limits. The result? An orange cloud. A shelter in place order for schools. And 8.5 tons of cyanide gas every year over lower-income communities."

VERDICT: No. Hickenlooper did not let Suncor set its own limits.

The Environmental Protection Agency (EPA) did. When the EPA does not have a maximum allowable limit for a chemical, a company is allowed to suggest its own limit. In 2017, the Colorado Department of Public Health and Environment reported that Suncor conducted a one-time performance test on a specific plant on Sept. 2, 2015, and daily hydrogen cyanide emissions were calculated at 46.6 pounds/day, which is 17,120 pounds/year, which is 8.5 tons.

In March, Suncor was issued a $9 million fine for a number of air pollution violations.

BOTTOM LINE: Suncor is a business in Colorado. Like many businesses, it contributes money to causes. In 2019, there were 5,260 businesses that received $40.9 million in Enterprise Zone tax credits. The position of mayor or governor has little to do with either. Hickenlooper did not give permission to Suncor to pollute Colorado's air. The EPA allowed Suncor to create its own limits since the EPA did not have a limit already in place.