Political ads aren't all dark and gloomy - one airing now even has Scrabble! But does it spell out the truth? 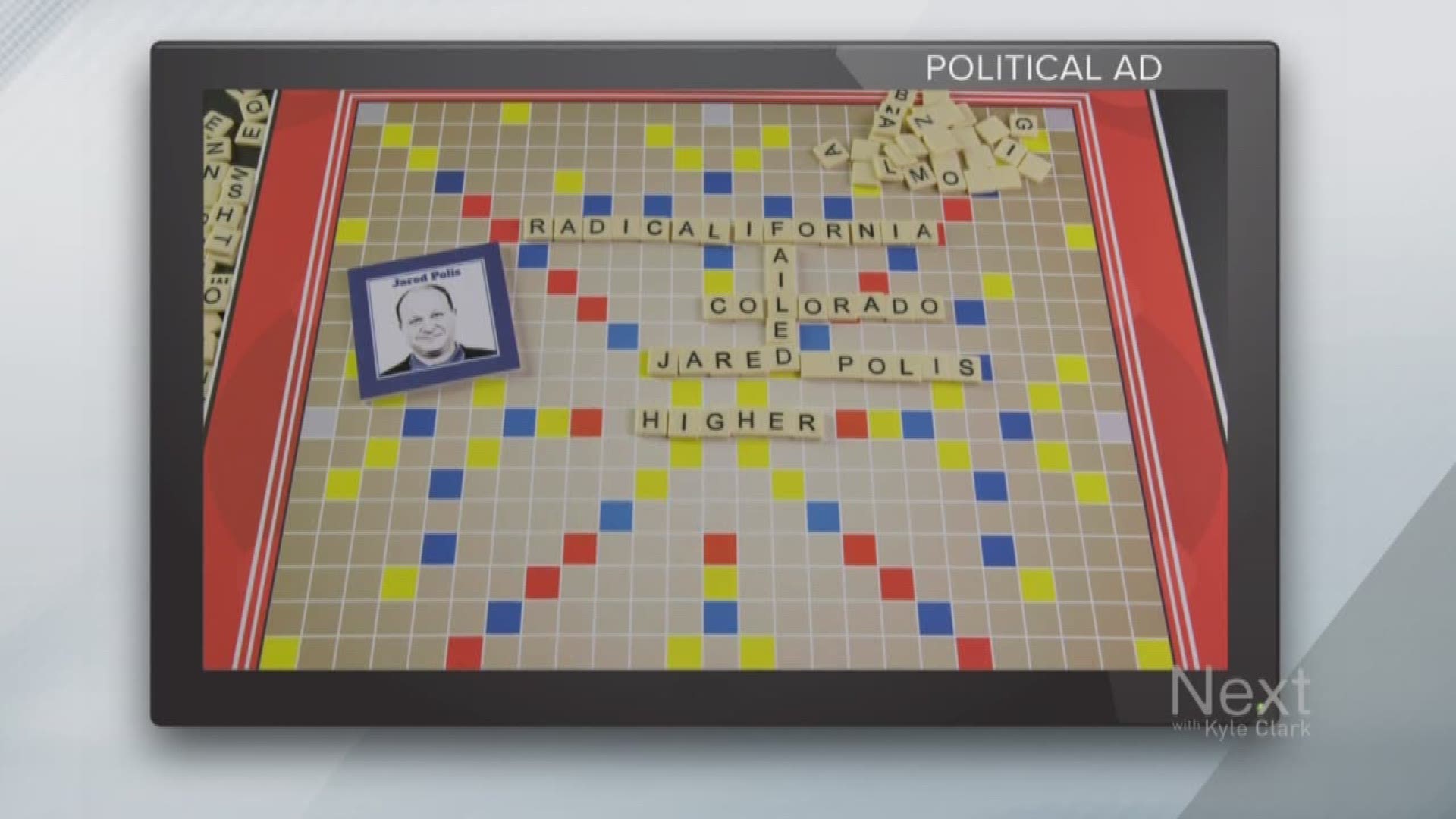 The 30-second television spot produced by the Republican Governors Association is entitled "Radicalifornia."

The ad starts with a generic Scrabble board spelling out words like:

But is the ad factual?

Normally, a political ad would provide small print on the bottom of the screen, pointing us to a piece of legislation or a news story that attempts to defend the claim made in the ad.

There is no fine print in this ad. Only the words that appear on the Scrabble board.

Quick aside: Radicalifornia would award you zero points in Scrabble. Why? Because, the dictionary.

With no bonuses for letters, words or the middle star square, "radical" would earn you 10 points. "California" would be 15.

Also, you can't use blank tiles to separate two words. The blanks become whatever letter you pick, they don't act as a space.

Next with Kyle Clark reached out to the Republican Governors Association for supporting information about the claims made in the ad. A spokesman provided an eight-page pdf with articles from California, that have nothing to do with Polis, as well as legislation introduced by Polis and articles written about him as a Congressman and candidate for Governor.

Sitting at home, however, you don't have access to these documents. Based on the content of the ad alone, the details are flimsy and unsupported.

However, you can read through the supporting information here.

The Republican Governors Association is based in Washington, D.C., but will continue to be involved in the Colorado gubernatorial race up to Election Day. Would that make their involvement Coloradington or Washingado?