The massive fire near Durango is closing the San Juan National Forest for the first time ever, with hikers out of reach in the backcountry. 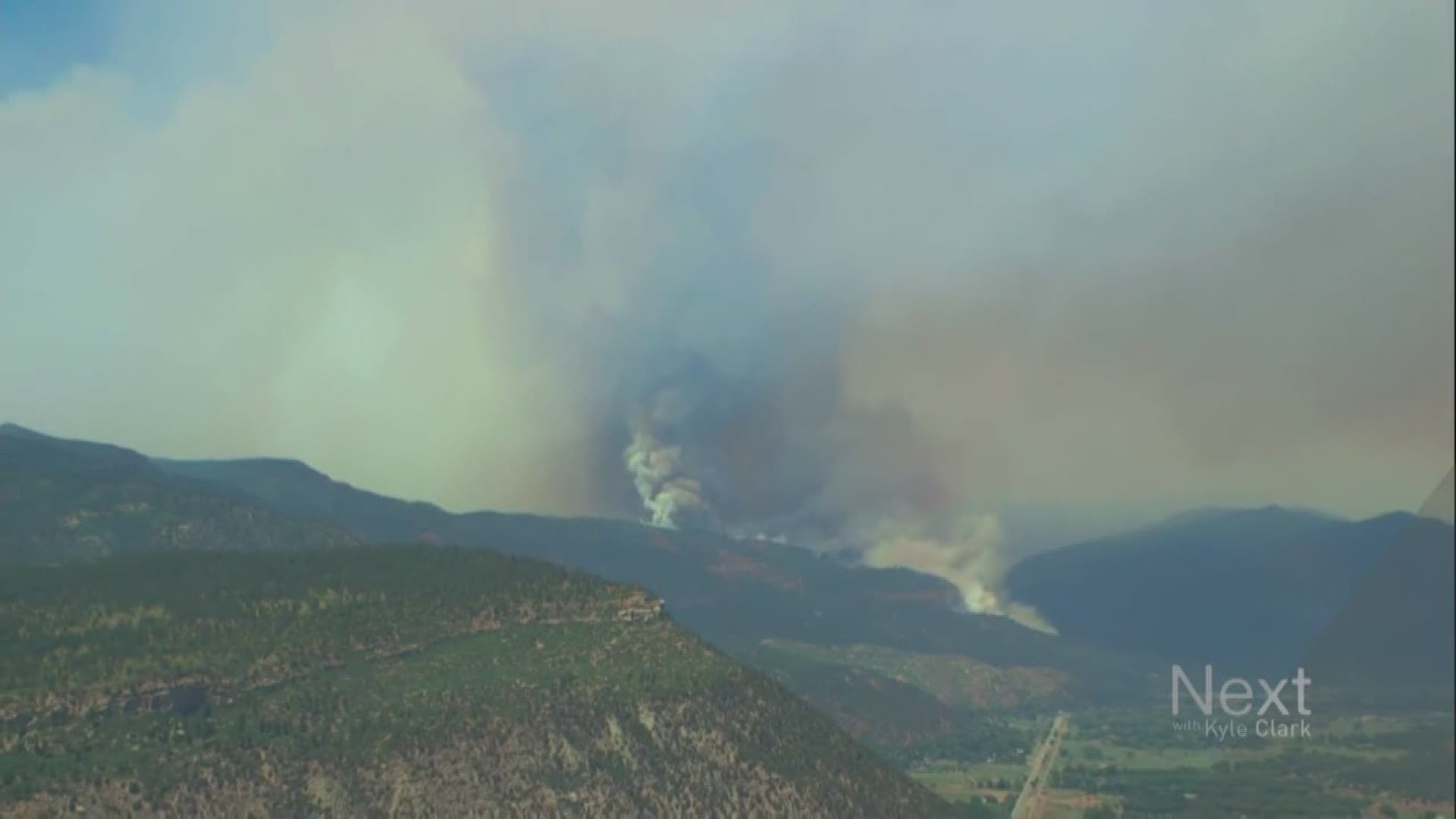 Many hikers and backpackers may remain in the San Juan National Forest despite its closure, said Cam Hooley, spokesperson for the U.S. Forest Service said.

"It's not possible for us to try to track all those people down," Hooley said.

The San Juan National Forest will close fully Tuesday to keep people out of dry areas that are ready to burn.

The 416 Fire near Durango as of Monday night has burned 35 square miles (22,131 acres) at last measure, with 15 percent containment.

Crews said advancing flames are about a quarter-mile from some homes, and while about 2,100 residents have been evacuated, they are okay. Their homes are okay as well.

While it isn't entirely uncommon to close an entire forest in parts of New Mexico or Arizona, it's less common in Colorado, and this will be the first time San Juan has ever fully closed.

The forest spans 1.8 million acres across nine counties in southwest Colorado. The area is almost four times the size of Jefferson County. Hooley said the decision to close it was made in consultation with county commissioners.

"We understand it's a large inconvenience; it's an enormous economic impact to our communities. We recognize that," Hooley said, adding that La Plata County, which holds a large portion of the forest, did agree to the closure. "I can’t say that they were all in agreement, but I believe that they would all understand why we’re doing it."

The goal is to prevent any other human-caused fires as the 416 Fire continues to burn.

Staff will leave signs at trail heads, and if they find a car, they'll only barricade the path out; they won't lock gates.

Some people who disagree with the decision argued they know enough to prevent another fire, even in dry conditions. According to Hooley, that isn't relevant when making this kind of decision.

"People that think they know what they’re doing can accidentally cause a fire, and there’s no way for us to determine your skill levels," she said.

Violating the stage 3 fire restrictions in place, or the forest's closure, carries a mandatory appearance in federal court. It's punishable of a fine up to $5,000 for an individual and $10,000 for an organization, a news release said. Prison time tops six months.

More than 900 fire personnel have responded to the 416 Fire.