In one of her first interviews since she officially won her new post, Chief Vanessa Wilson talked with Steve Staeger about the obstacles to change. 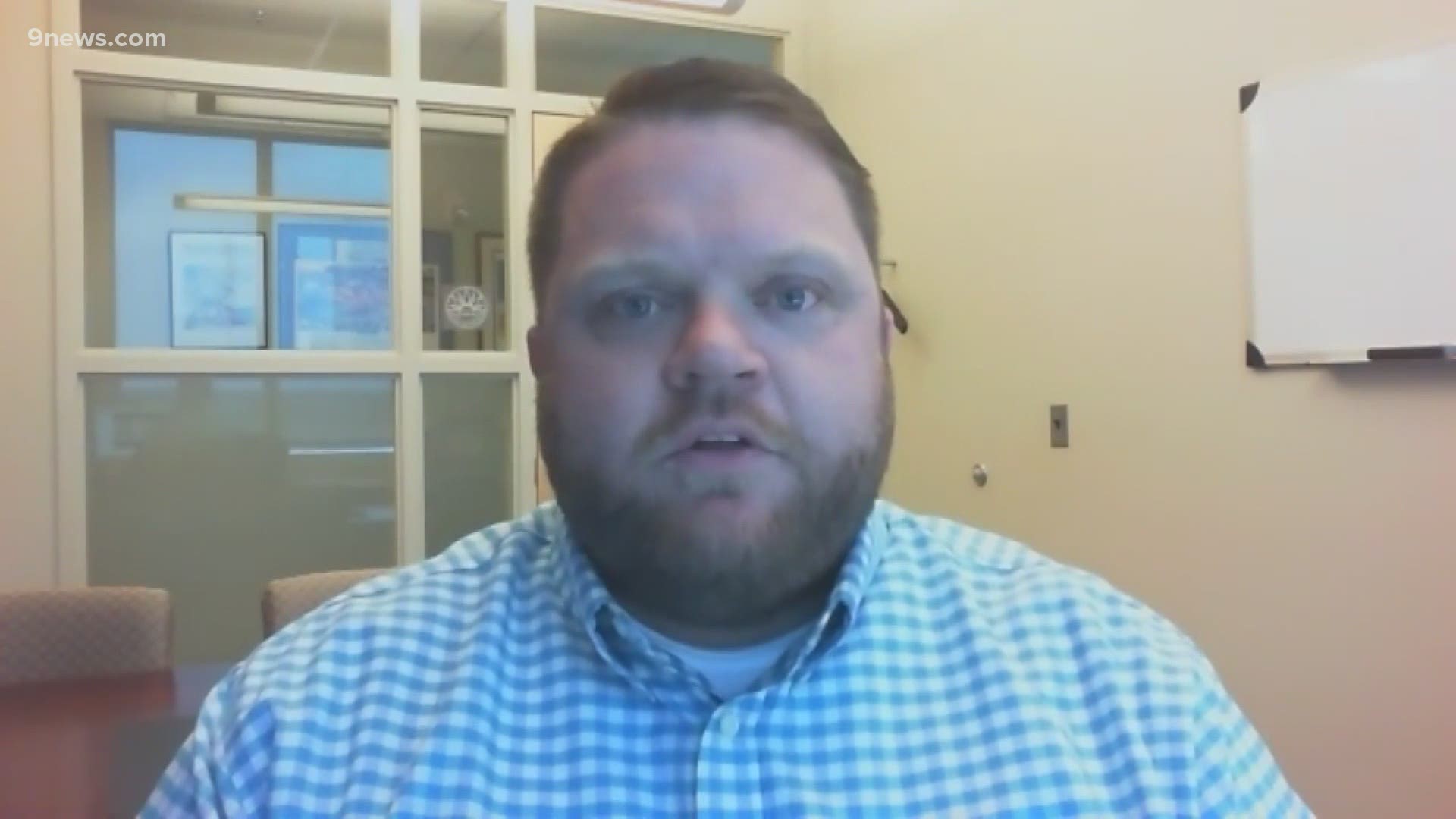 AURORA, Colo. — While the community has been calling for change within the Aurora Police Department (APD), the city opted out of bringing in a fresh face.

Vanessa Wilson, a 23-year veteran of the department, is APD's newest chief, a role she already held on an interim basis since January. With a 10-1 vote, the city council approved her formal appointment at a meeting on Monday night.

Wilson has overseen a number of department controversies since the beginning of the year, and has shown a desire to implement reforms, as well -- adopting new policies and firing a handful of officers for misconduct, for reasons ranging from drunk driving to posing for inappropriate photos near a memorial for Elijah McClain.

McClain died days after officers put him in a carotid hold in August of last year.

The department has also come under fire for its handling of protests held in response to McClain's death, which gained new attention after George Floyd was killed by an officer in Minneapolis in spring.

Most recently, APD officers detained a Black family over the weekend after mistakenly identifying their vehicle as stolen.

Wilson, the first woman to lead the department, joined Next with Kyle Clark's Steve Staeger Tuesday to discuss her vision for reforming the department. You can see the full interview here.

You were one of four candidates for this job. The other three were men of color. There seems to be a disconnect between the community and the Aurora Police Department right now. How do you go about repairing that disconnect better than one of the other candidates?

I don’t want to say that I can do it better. What I want to say is I bring my own skillset. I am a female, I am also an openly gay female, so I understand adversity. But we have a serious situation within our community with systemic racism, and people of color feeling targeted and profiled by the police. It’s a major issue and one that I am willing to work alongside the community to fix. I can’t do it on my own, and I look forward to any input I can get, especially from the community task force. They are very committed to making changes and transforming law enforcement in Aurora.

We’ve heard time and again how much this department needs change. A lot of people thought it needed a fresh perspective. You’ve been with the department 20 years. How does your perspective help?

I think that myself, as well as my other colleague, Marcus Dudley (commander within the department who was also a candidate for the chief job), we’re still going to be working hand-in-hand. We really understand this community. We have relationships built in this community. We know where we’ve come from and I think we both know where we need to go. I’m looking forward to working alongside him. I think this time around, we needed someone could hit the ground running and know exactly what the issues are and not take the time to try and find out what the issues are.

The FBI announced that they’re looking at a potential civil rights investigation in the Elijah McClain case, as well as the case of officers who took a photo mocking his death. Do you think their perspective would help on a broad level? Would you like to see the federal government step in and take a hard look at the Aurora Police Department?

I can tell you that I welcome the investigation by the FBI, as well as the attorney general and the independent investigator that the city’s hired. I think as many eyes as we can [have] look at what we need to do to have change to rebuild trust and to move forward as an agency – then I would welcome that. I’m already in conversations with the Human Rights Commission looking for implicit bias training, looking for all the help I can get to try and move us forward and actually have legitimacy again with our community.

How do you go about fixing a culture problem? You’ve had six months. What do you do moving forward?

I think I have to be clear with my expectations with the officers. No one's perfect, and they're all human beings, and they're susceptible to the stressers that every individual faces. But we're in a time right now when the community is demanding that we do things differently in law enforcement. I think the officers understand that. I can tell you that the majority, the vast majority, of the officers that work for me do it with duty, honor and integrity. Those that don't -- I will slowly deal with that as the incidents arise. We'll do what needs to be done.

You have fired several officers since you took control. Many of them are appealing their firings. Is it possible to reform the department when you've got unions pushing back against these moves that you're making? And should those officers get their jobs back? Does that undermine your authority?

First of all, I want to say that the unions have a role, and they have a role that they need to play. I don't fault them for doing what they believe they need to do, but I'm the head of this agency and I'm going to do what's right, what I think the community is demanding. I don't believe any of those officers that I fired should get their jobs back, and that will be up to the Civil Service Commission. I hope they uphold my discipline, I think it was the right thing to do. I think the community agrees with me. Therefore, we'll just have to wait and see.

If they get their jobs back, I will not have them in a public-facing role, because I already said that I don't trust in their decision making moving forward, so therefore, I'm not going to put them in a position where they're making decisions with the general public.

The department made national headlines again this weekend when a family was detained after the officers mistakenly identified their car as stolen. What does an incident like this do to that credibility that you're trying to build and how do you move forward?

First, I want to again apologize to that family. It was a very traumatic and horrific incident for those kids, and I get that. Of course, it doesn't help with what I'm trying to do or what the officers that are working day in and day out are trying to do to build relationships again with the community. It's unfortunate that it happened. We need to look at training to drive change, and we need to evolve in the way we do things, and we need to give officers the ability to call to say OK, we need to stop what's happening. Anyone needs to feel like they can do that, and so I talked to my chiefs about that. We are going to be changing training as it pertains to incidents where officers feel empowered, even if they're not the lead officer, to step in and say OK, we need to change direction right now.