There's a wallaby on the loose, and it may be in Aurora

"Surprise" the wallaby escaped from the Zoology Foundation in Larkspur more than two weeks ago. 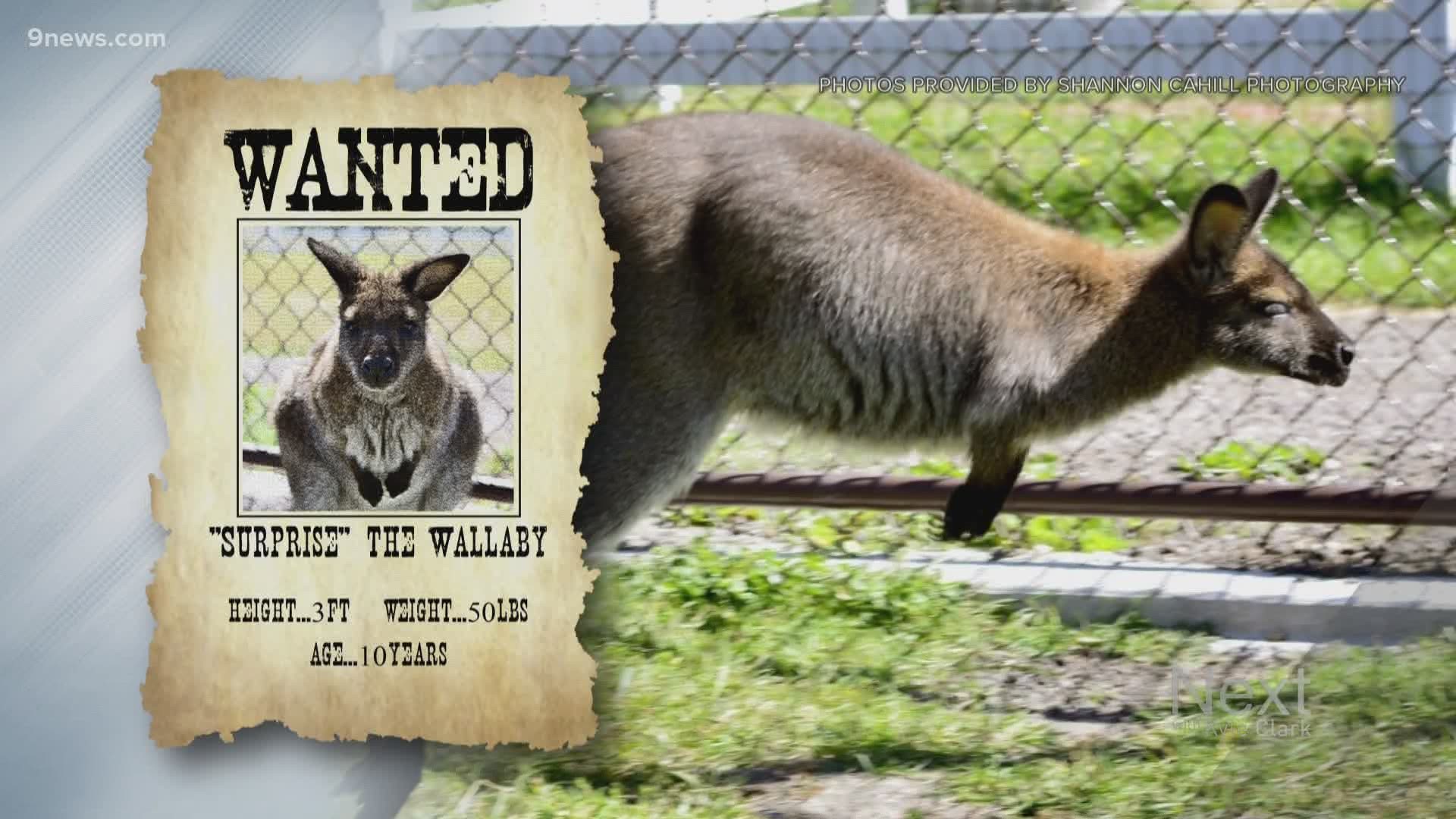 DENVER — He's 3 feet tall, weighs 50 pounds and likely has an Australian accent. "Surprise," the red-necked wallaby, is on the loose.

The 10-year-old animal escaped from his enclosure at the Zoology Foundation's animal sanctuary in Larkspur on June 1. For two weeks there had been no signs of him, until Tuesday, when The Zoology Foundation said they received a call from someone in Aurora. The caller said they read on a neighborhood app that at least two people spotted a "kangaroo" in the area of Piccadilly Road and Quincy Avenue, just west of E-470.

Now, let's review our options here. Either two native Australian animals are hopping around Colorado, or Surprise traveled the 40-mile distance from Larkspur to Aurora. Maggie Lantzy, the program director at the Zoology Foundation, said wallabies can travel at speeds of 30 miles an hour, so it's not far-fetched that Surprise would travel that far.

The Zoology Foundation wasted no time and sent a crew to the metro-area Tuesday morning for a full-scale search. They even launched infrared drones to look for Surprise, but they came up empty-handed.

Before you throw on your Steve Irwin outfit and organize a search party of your own, here are some things the Zoology Foundation thinks you should consider:

Although Aurora is nice this time of year, the city is no place for a Red-necked wallaby. If you see the wallaby, don't try to capture him. Instead, keep eyes on him and call the Zoology Foundation. They have someone at their office 24 hours a day. You can reach them at 303-951-8813.

RELATED: Lethal and contagious disease that only infects rabbits confirmed in Adams County