Susan Holmes, the mother who unsuccessfully tried to use Colorado's Red Flag gun law to disarm the officer who killed her son, is wanted for perjury. 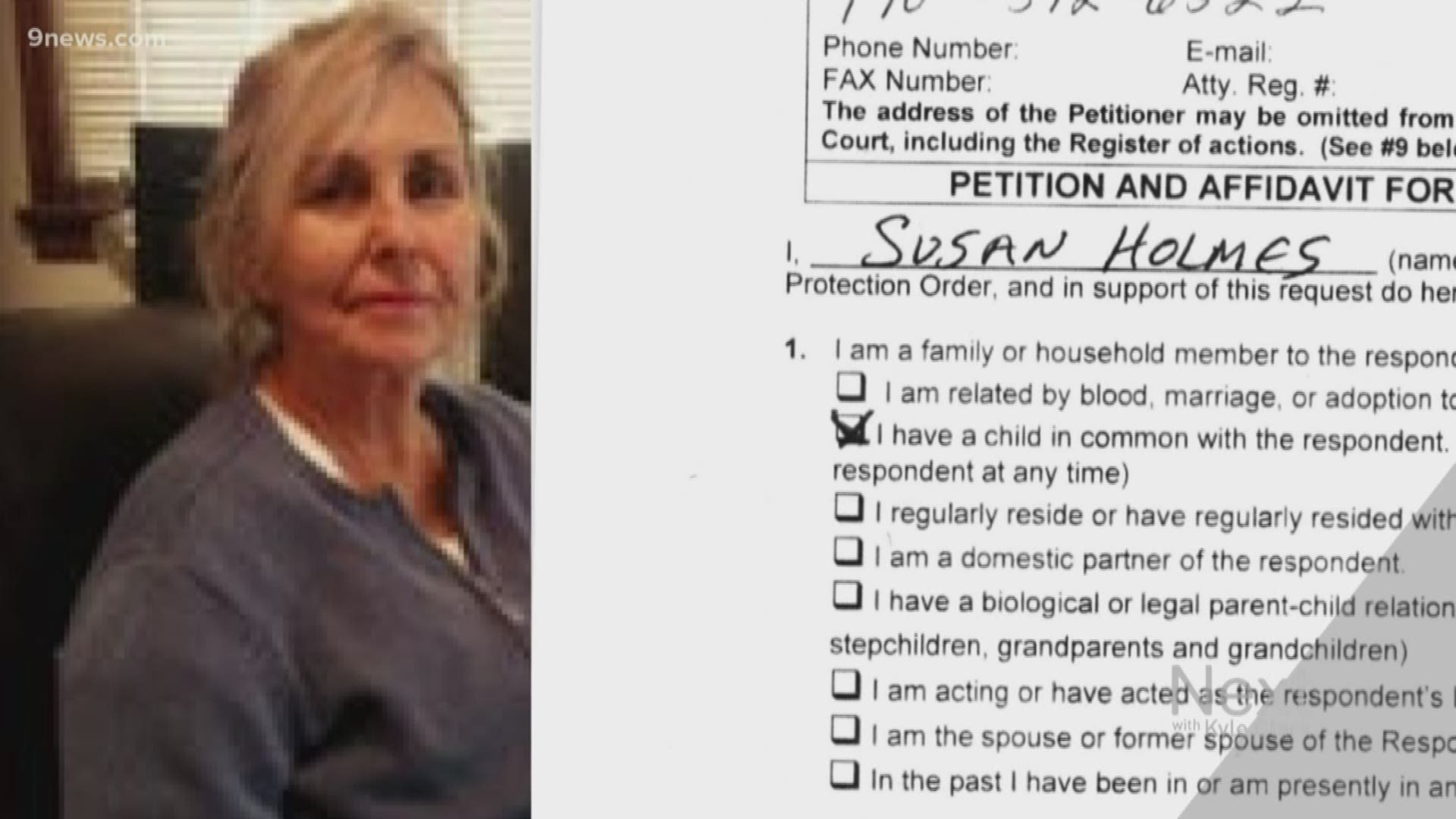 LARIMER COUNTY, Colo. — An arrest warrant has been issued for Susan Holmes, the petitioner who tried unsuccessfully to use Colorado's new red flag law to have guns removed from the officer who killed her teenage son.

Holmes is wanted in Larimer County for alleged felony perjury and attempt to influence a public servant, according to court records dated Jan. 23.

The date of her offense is dated Jan. 9, the day she filed her extreme risk protection order petition against Cpl. Phillip Morris, an officer with Colorado State University.

The law allows immediate family members, household members or law enforcement officers to file a petition requesting for someone’s guns to be seized on that basis that they’re a danger to themselves or others. If a judge agrees, that person's guns may be taken away for a year.

Holmes and Morris do not have a child together, but she checked the box on the state petition that asked if they have a child in common -- her son, 19-year-old Jeremy Holmes.

Jeremy Holmes died July 1, 2017, in a confrontation that investigators described as a “suicide by cop.” Investigators said Jeremy Holmes charged at officers after asking police to shoot him, prompting Morris and another Fort Collins officer to fire their guns.

RELATED: Judge denies mom's attempt to use red flag law to take weapons from cop who killed her son

Both officers were cleared of wrongdoing in that case.

The judge denied Susan Holmes’ petition on Jan. 16. The fact she is not related to Morris was one of the key reasons for the denial.

The Larimer County Sheriff’s Office (LCSO) said deputies have attempted to serve their warrant multiple times since last week. She is not in custody.

The sheriff's office also put out a digital "wanted poster" for Holmes.

The poster includes an image from The Coloradoan, the newspaper in Fort Collins. The paper did not give the sheriff's office the rights to its image and did not participate in the making of the poster.