WATCH: Video shows inside of RTD bus as it became wedged under airport bridge

"I was looking at my GPS and didn't see the bridge and I hit it," the driver told police. 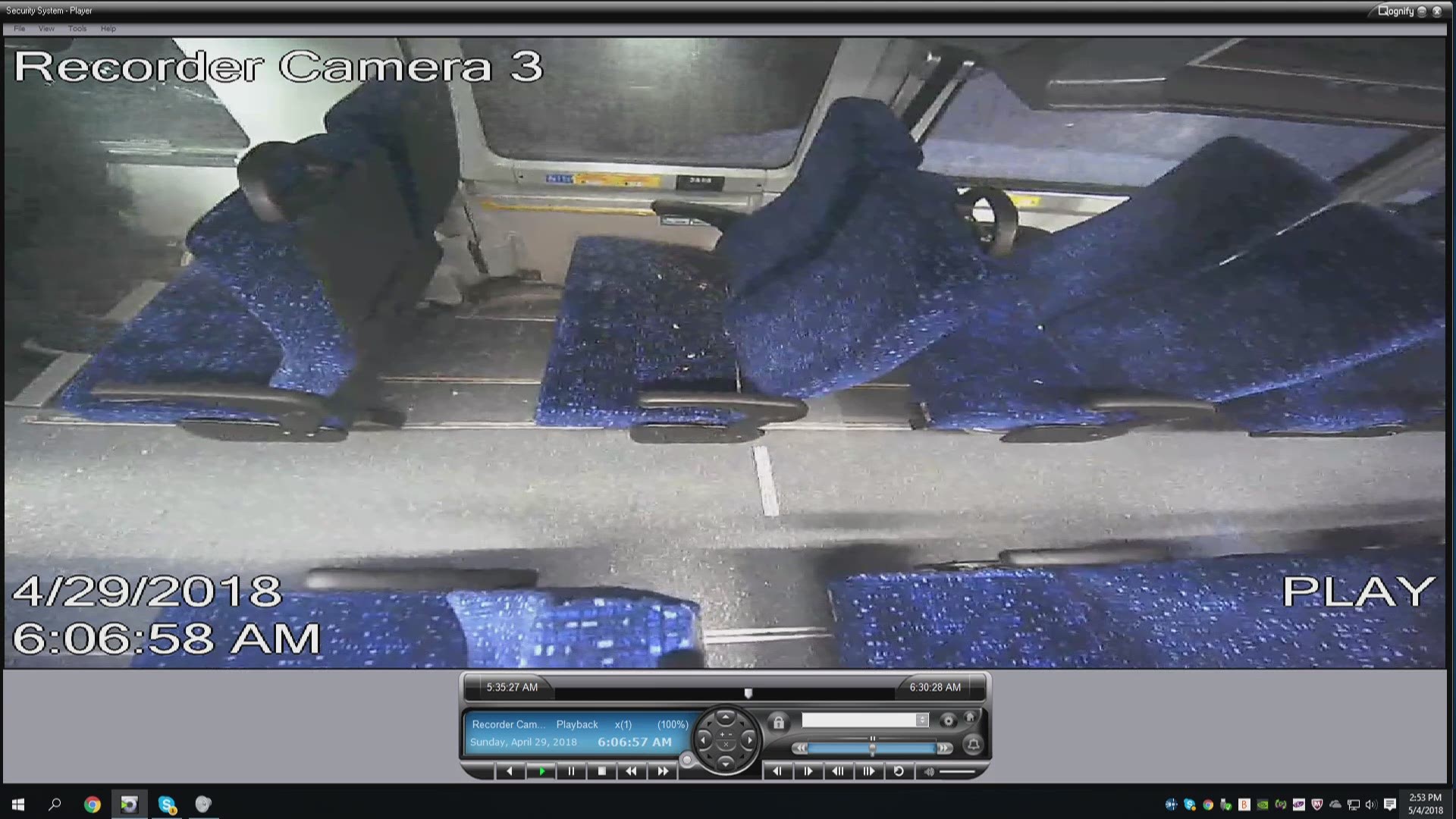 DENVER — We know you're as curious as we were about how an RTD bus got wedged under a bridge at Denver International Airport.

Now we know the answer.

We requested the surveillance video from the Flatiron Flyer bus that hit a bridge at DIA on Sunday. The bus was replacing the A Line train to the plane, which was shut down because of city of Denver construction over the weekend.

According to the accident report completed by Denver Police, the bus driver, 56-year-old Johnie Watkins, told officers, "I was looking at my GPS and didn't see the bridge and I hit it."

At around 6:01 a.m. it's clear that Watkins is not familiar with DIA.

Johnie Watkins was driving a Flatiron Flyer bus when he attempted to enter the east parking garage around 6 a.m., police said. According to Scott Reed with RTD, Watkins missed a&nbsp;turn and&nbsp;a warning sign of a bridge&#39;s upcoming 9-foot clearance.

The video shows him weaving in the lanes and getting help from a passenger to get to the drop off location on the West side of DIA.

The video shows 14 passengers get off at the airport. When Watkins leaves, he's supposed to turn right at the first stop sign. The video shows him roll through the stop sign and get to a gate that lifts when he arrives. He then turns right at the next stop sign, which leads to a bridge with a 9-foot clearance. The recording from the front-facing camera on the bus stops about two seconds before the crash.

The interior cameras show the crash causing the emergency window latches to push out, the overhead compartments empty and the front ceiling of the bus crash down on the driver.

About 90 seconds after the crash, he's talking to dispatch saying, "I went right and, um, my bus was too large for a bridge. I crashed into an overpass."

Watkins was treated for injuries and released the same day, according to RTD spokesman Scott Reed.

Reed said that drivers are trained on the DIA route, but he did not know when Watkins received his training or last drove the route. 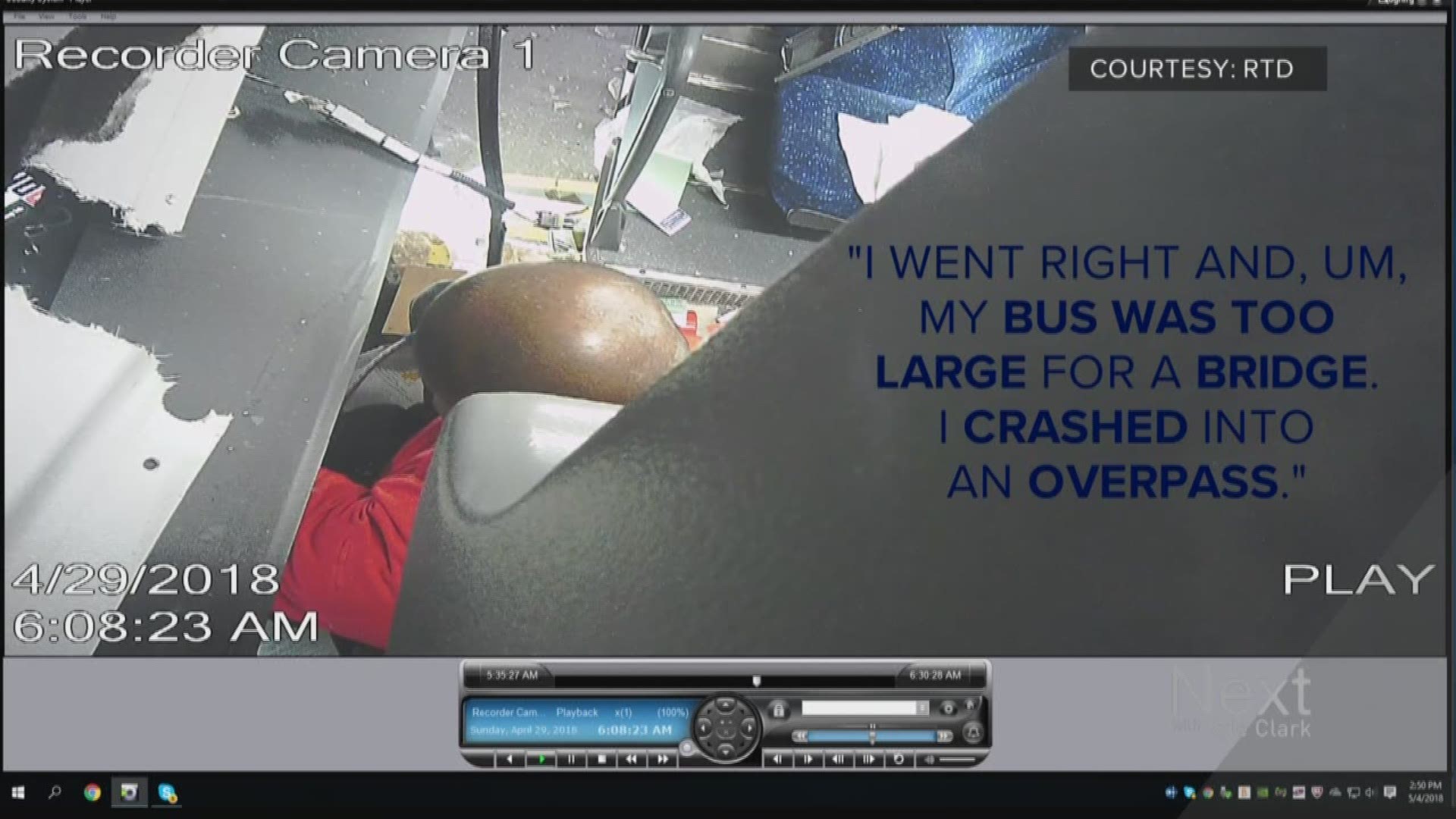