What a recent fentanyl seizure says about drug trafficking in Colorado

When Denver Police seized fentanyl in a brick-form it told a bigger story about what drug traffickers may be trying to do in Colorado. 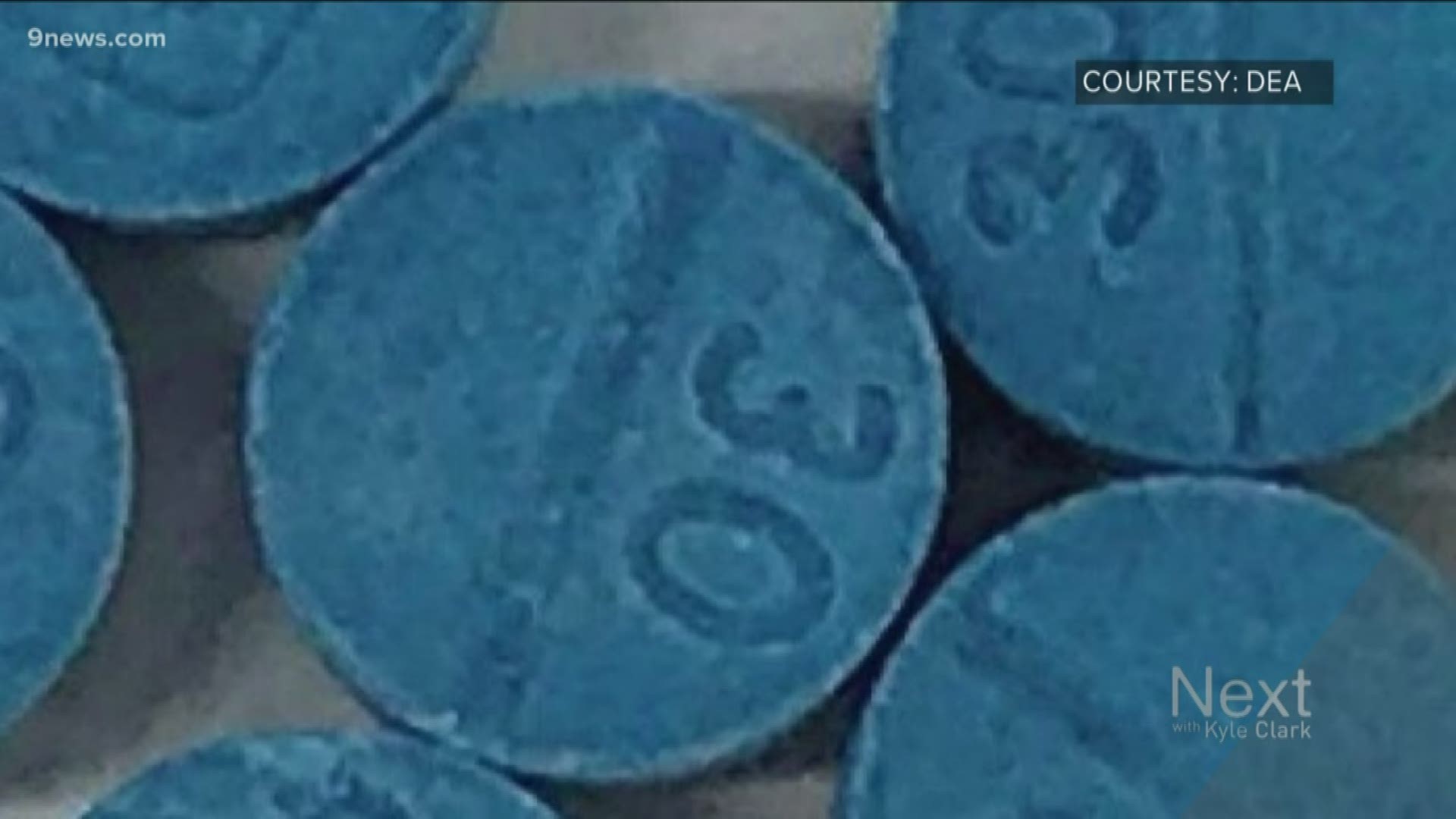 DENVER — When Denver Police announced they found fentanyl in brick form a week ago, they wanted to send out a warning to the public because of how dangerous this drug can be.

This discovery also tells a bigger story of what drug traffickers may be trying to do in Colorado.

"Traffickers are trying to introduce this into Colorado -- introduce M30, fentanyl-laced pills into Colorado," said Todd Zimmerman with the Drug Enforcement Administration (DEA).

The M30 pills are fake oxycodone pills in 30 mg doses.

Zimmerman, the assistant special agent in charge of the DEA in Denver, told 9NEWS that investigators in Colorado often find fentanyl cut into fake pills, like M30. However, what Denver Police found last week was the powerful synthetic opioid in brick form. It was also masked to look like black tar heroin, which is used by people throughout the city, according to Commander James Hennings with the Denver Police Investigative Support Division.

Now, the DEA is investigating if someone wants to manufacture those fake pills in-state.

"That specific brick seized by Denver police is concerning to the DEA because number one, there could be a pill press in the region," said Zimmerman. "And number two, they may be starting to cut meth with fentanyl."

Fentanyl is linked to 107 deaths in Colorado so far this year, according to the Colorado Department of Public Health and Environment (CDPHE).

> Click/tap here for a larger version of the graphic.

While both the DEA and Denver Police said they've seen an uptick in fentanyl over the last year to year 1/2, Colorado has been faring better than other parts of the country when it comes to fentanyl-related overdoses and death.

"It took a little bit longer to get here," said Andres Guerrero with CDPHE. "It's definitely been out East for a long time; like a lot of drugs, we've seen it come in from the coast."

One reason is because the drug of choice for this region has been meth, according to Zimmerman. Now the DEA is worried someone or some group may be working to change that habit.

"It's very concerning," said Zimmerman. "The DEA wants to put the warning out there not to purchase oxycodone off the street, or take one from your friend — you don't know where it came from."

Zimmerman said fentanyl is usually manufactured in China and Mexico.

However, the supplies found in Colorado most often come through the southwest border, concealed in vehicles.

"Two cartels, the Sinaloa cartel and the new generation Jalisco cartel, are dominant in producing and transporting fentanyl into the U.S.," he said.

Zimmerman said fentanyl can be cheap to produce but that there is money to be made, and that its value can nearly triple once it reaches America.

The city of Denver set up a network around a year ago to keep better tabs on fentanyl, which is why Denver Police said within three hours, Denver Health, paramedics, Denver Fire and the Denver Department of Health were all notified when investigators found the fentanyl during an undercover operation.

RELATED: The ruling that gave a jolt to the supervised injection site debate

Guerrero also said hospitals notify CDPHE right away if they've treated someone with a fentanyl-related overdose, so they can keep an eye on the potential for clusters of overdoses. So far, Guerrero said that hasn't been reported to them.

He also emphasized that if someone does use these drugs, they shouldn't be used alone and the Naloxone, an overdose antidote, should be kept nearby.

"It may take more Naloxone to bring back from a fentanyl-related overdose," he said.

People can also use fentanyl testing strips to check what they are ingesting, as well.

There is a legal purpose to fentanyl that doctors can prescribe for people like cancer patients. However, that medication is not the same as black-market fentanyl. The two are chemically different.