What do Colorado Republicans want when the legislative session resumes?

Colorado Republicans have relatively little political power now, but some have flexed their influence over pandemic policy. They met on the Capitol steps Monday. 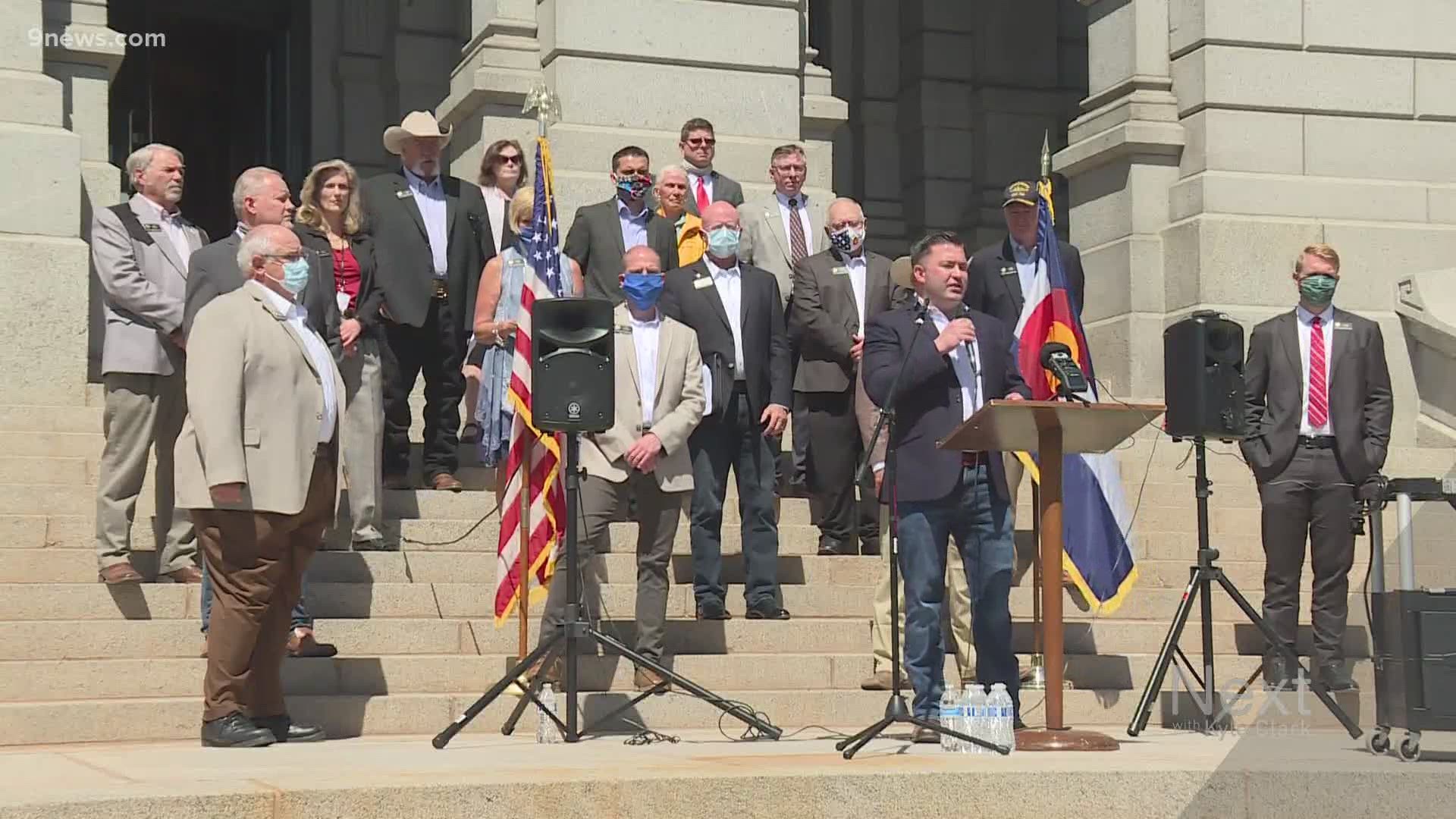 The CARES Act was passed by Congress and provides emergency COVID-19 funds. Of Colorado's share:

It's this type of executive order that precipitated a news conference by Colorado House Republicans on Monday morning.

"We need more accountability for elected and appointed leaders and their use and abuse of emergency powers," said Rep. Richard Champion, R-Columbine Valley. "We want reasonable limits on a governor's ability to shut down the economy and distribute hundreds of millions of dollars -- federal dollars -- and force us to change the way we live."

The legislature was originally supposed to return on Monday, but the Democratic leadership postponed that until May 26, the day after Memorial Day.

In the meantime, Polis continues to issue executive orders that the minority party wants input on.

"I think it's OK to make these quick and brief if you have to act quickly in an emergency, but after a certain amount of period of time, the elected officials should have to weigh in on those," said House Minority Leader Rep. Patrick Neville, R-Castle Rock.

During the state of emergency, Neville has come out in support of business owners impacted by the public health orders. He defended Appliance Factory Mattress Kingdom in Denver when it was temporarily shut down for not following in-person business requirements.

Neville also showed up at the C&C Café in Castle Rock when it opened for dine-in service on Mother's Day, and then was shut down for violating the public health order.

"Today, we are saying we are not trying to be just contrarian, we're actually trying to be a part of the solution, said Neville. "It's more than just saying we don't like what the governor's done, there's a lot of things that I don't like what the governor's done, but there's a lot of policy solutions that I think we can work forward on in a bipartisan way."

House Republicans previewed legislation they want to see passed when the legislature starts again next week.

They want to keep the property tax exemption for seniors called the Senior Homestead Exemption.

They also want to give business owners a tax break on the personal property tax they pay for items like tables and chairs that have been stacked on one another for two months.

Businesses will pay a higher premium and a surcharge to help replenish that fund.

Any bill that will cost the state more money is likely dead on arrival.