What do YOU say? How do you pronounce 'Colorado?'

A pronunciation we've been too scared to tackle...what's the right answer? 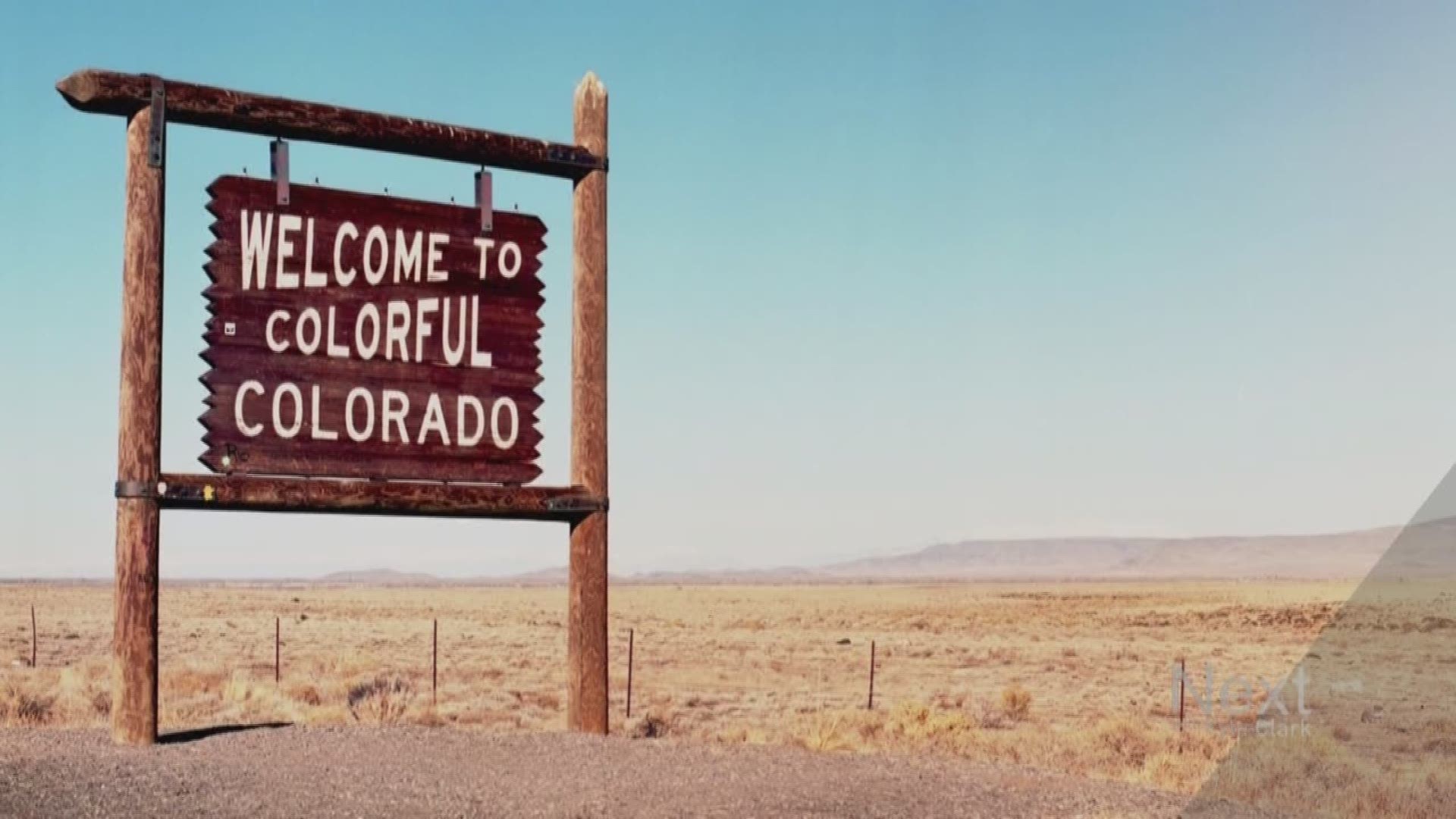 Even Kyle Clark admits that he's been "too scared" to tackle this one.

The single most requested name for our popular "What Do You Say?" segment: Colorado.

We always ask a local - like the mayor, or the head of a historical society. This time, we asked Governor John Hickenlooper. It (sounds like) he pronounces it Colo-ROD-o, but hear it for yourself in our full story about this, posted above.

We knew we needed more than just the governor's opinion on this one, though. To get a different, maybe more scientific explanation, Next spoke to Rich Sandoval, a linguist from Metro State University, who told us there are five pronunciations (...oh no, what have gotten ourselves into?)

Listen to them all in this video (disclaimer: this may shock you, but no, we don't have any official dictionary training, so our pronouncer spellings aren't perfect). 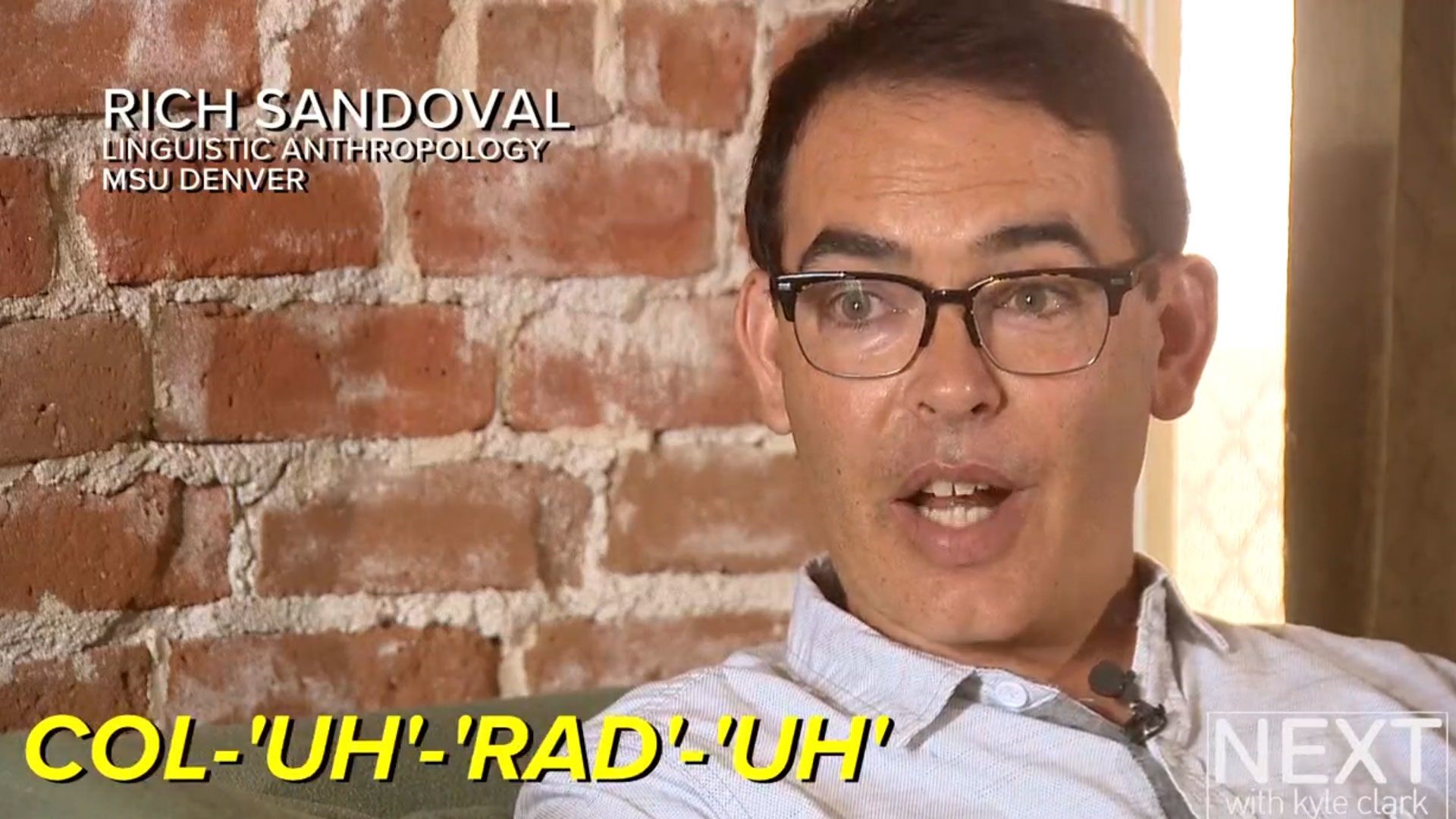 Sandoval told us right off the bat that his job isn't to say which pronunciation is "right" or "wrong." Instead, he wanted to explain to us why people pronounce the word the they way they do.

"There has always been an issue of what it is the right way to say Colorado," Sandoval said.

Sandoval tells us that there is a difference between the way "locals" say it, versus the "transplants".

"I found evidence all the way back from the 1800s, around the founding of the state, where it seems like in schools ... you might have been coached, at least as an English speaker, to say 'Col-Uh-Ray-Doh,' in fact," Sandoval tells us. "Instead of 'Colo-RAD-O,' the more Spanish sounding version of the word."

The name of our state has Spanish origins. According to Sandoval, there were movements back then to take Spanish origin words and anglicize them.

Our state was named after the Colorado River, which in Spanish is "Rio Colorado" - meaning "red river". If you go with that pronunciation, it would be Coh-Loh-Rah-DO.

"And amongst locals who have kind of Spanish language ancestry, going back many generations especially, you might hear another variant which is Coh-Loh-Rad-Oh," Sandoval said.

This pronunciation is now changing the "CAH" to a "COH".

Sandoval shares the other pronunciations that you may have never heard before.

"I’m not sure you’ll here it that much anymore…but you can still hear 'Col-Uh-Rad-uh,' which is an older version that used to be more popular," Sandoval said.

Now, maybe you have been part of this argument with people, and they have tried to use other words with similar spellings to justify how they say it. Sandoval shared with us some arguments people have used.

Some other people are guilty of a widespread phenomenon called the "foreign A," which could be another reason for different pronunciations.

So, maybe saying Colo-Rad-o instead of Colo-Rod-oh will make you sound more intelligent?

Maybe it's confusing just reading them, so we have listed them back to back so you can compare each of them - so watch this full story in the video at the top of this story.

There are different pronunciations depending on your origin, what you grew up hearing and how you are used to saying it. We can't say for sure that there is an absolute right answer, but now we know the origins of why there are so many different ways to say the name of our beautiful state.

Is there a name of a town, or street, or anything else you'd like Next to find the proper name of? Let us know: next@9news.com.