What's with the 'voting report card' sent to Colorado voters?

The mailer was supposed to go to Democrats and unaffiliated voters who missed a few of the last elections. 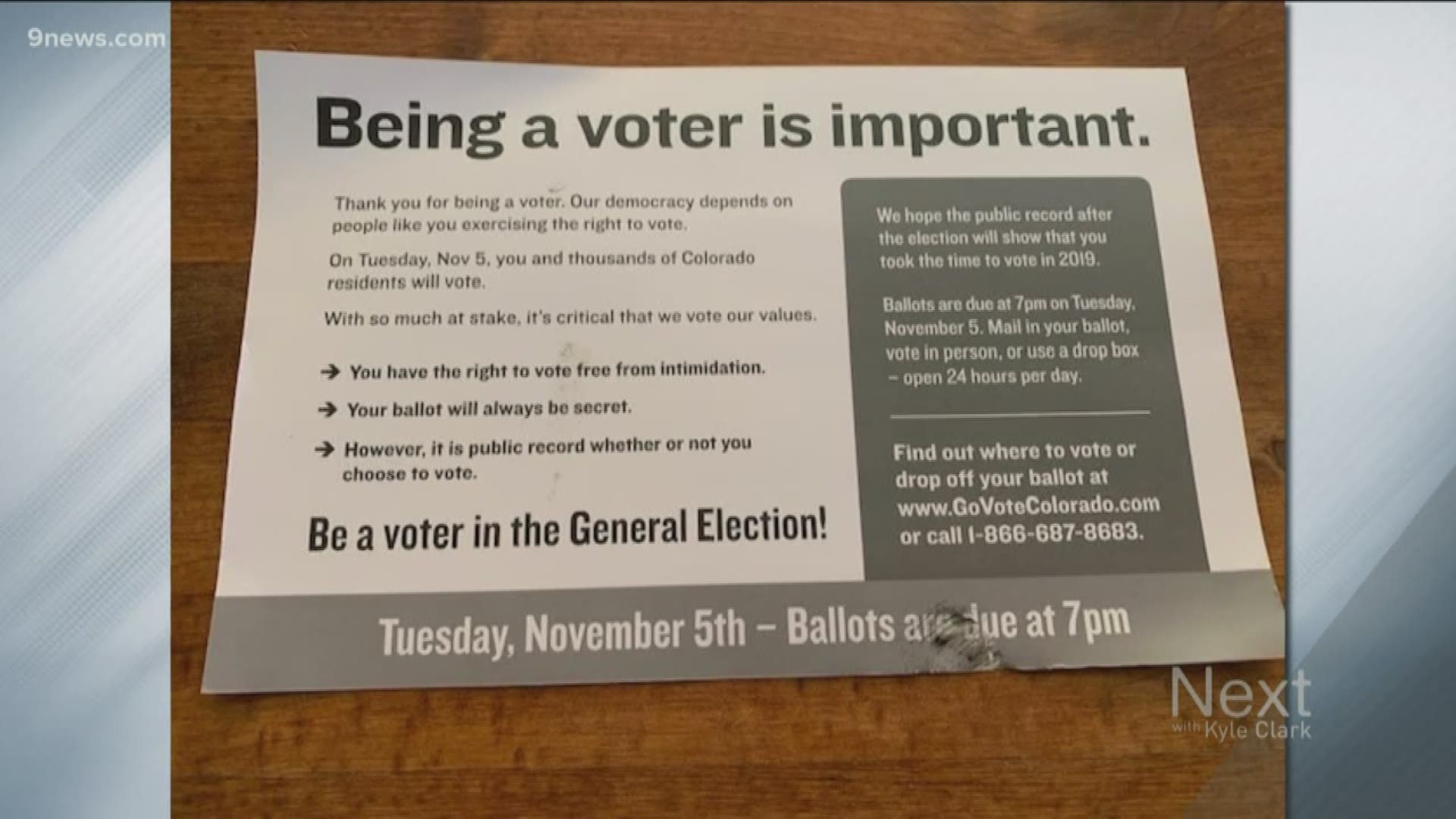 DENVER — A mailer sent out in Colorado put social pressure on voters ahead of Tuesday’s election.

The group Coloradans for Prosperity, which is pushing for Proposition CC to pass and typically supports Democratic ballot issues, put out the mailer that gives residents a “voting report card.”

“Public records indicated that you voted less often than your neighbors in recent elections. Raise your grade by voting in the 2019 general election in November,” the paper reads.

Whether or not you voted is a matter of public record. How a person votes, however, is private.

The mailer was supposed to go to Democrats and unaffiliated voters who missed a few of the last elections. By mistake, the mailer went to about 600,000 voters, some with perfect voting records.

Proposition CC is one of the statewide issues on Colorado's 2019 ballot. It asks if the state can keep money normally returned to residents because of the Taxpayer's Bill of Rights.

Coloradans for Prosperity is an issue committee that was established with the Colorado Secretary of State’s Office in July. The group has collected more than $4 million in contributions since then.