When you order food through delivery apps, restaurants pay

An order from Leven Deli, in Denver, sent Steve Staeger in search of an answer: How much do restaurants lose out when you order on delivery apps? 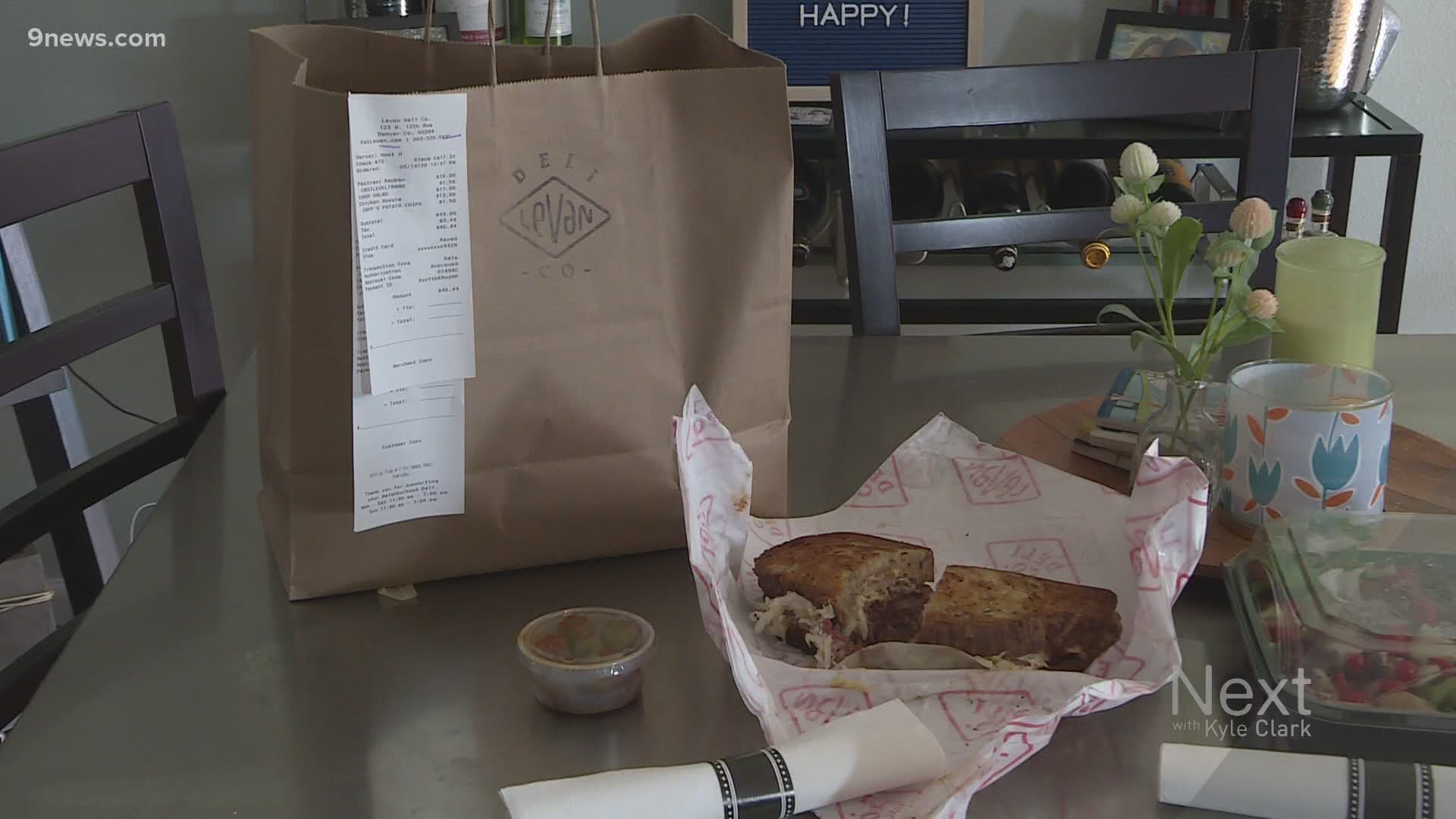 DENVER — When Anthony Lygizos first opened Leven Deli in Denver several years ago, the lines were out the door and the restaurant was packed0 for a little while. He called it the honeymoon period.

But like any honeymoon, it ended. And business slowed.

So Lygizos did what so many restaurants do. He turned to third-party apps to drive business.

“As these apps were kind of coming into their own 2017, 2018, etc. They were charging a pretty flat rate of 30 percent,” Lygizos told Next with Kyle Clark.

After some time, he realized the cost wasn’t worth it.

“Even though there’s some marketing value there within these companies when we were receiving the reimbursement rate for it, it was so low that it was costing a lot more than it was helping us,” he said.

So Leven Deli took itself off Grubhub, DoorDash and Uber Eats and began more traditional marking, which Lygizos said was successful.

Until the COVID-19 pandemic.

“At the end of the day our restaurant just like many others will take whatever they can get,” he said. “I don’t think anybody’s saying no to revenue right now.”

RELATED: Here's a first look at how Colorado could allow restaurants to reopen for dine-in service

DoorDash wouldn’t disclose commission structures but said commissions have been cut in half through the end of May to help restauranteurs survive the pandemic.

Grubhub was the only app company willing to disclose some numbers.

“These big fees that they’re being charged for the little business that they get it makes it hard for restaurants to make any money at all,” said Sonia Riggs, CEO of the Colorado Restaurant Association.

Riggs said, on average, for every dollar a restaurant charges for food, 97 cents go back in to running the business, paying for the people who staff the restaurant, the place where the restaurant is physically located, and the food.

“I’m seeing cases where restaurants are only barely breaking even on their third party sales or they’re losing money,” Riggs said.

The national apps have reduced some of their costs to help businesses during the pandemic, which is part of the reason Lygizos chose to sign back up as COVID-19 moved toward Colorado.

“It’s short-lived reassurance that you know there are sales coming through and people are choosing our product and want to support us,” he said. “At the end of the day, I don’t know anybody who could make it while only using those apps.”

Lygizos was able to negotiate a new rate with Grubhub at 12.5 percent. He said Leven raised prices on the app to offset the cost of the commission they’re losing.

That decision can be a double-edged sword, he said. Some customers have bemoaned the prices and left bad reviews on some sites.

At the end of the day, he still encourages people to order through Leven’s website so the dollars go directly to the staff and supporters of Leven.

“They’re really not evil,” he said. “But if you want to vote with your dollars you order through those restaurants directly.”

RELATED: Why this Denver restaurant is hesitant to reopen